A chat with Crippen and Landru's Douglas Greene on a decade of publishing Max Allan Collins, Marcia Muller, Peter Lovesey, Ed Hoch, and other great writers.

You could say that publisher Douglas Greene's career path began on a yellow brick road.

A bibliophile since childhood, Greene and his brother Dave had gathered a near-complete collection of Wizard of Oz works by L. Frank Baum. Realizing there was little left to acquire, they decided to auction off the entire collection, expecting it might go for 30 or 40 thousand dollars. "We decided we could use the money for our kids' college tuition," says Greene.

The collection went for $175,000. After paying taxes, the auction house and putting the kids through school, Greene found he still had three or four thousand dollars left over.

So in 1994, the Old Dominion University history professor started a small press devoted to mystery fiction and named after two murderers, H.H. Crippen and Henri Landru. Greene was already the author of an Edgar-nominated biography of John Dickson Carr, so he debuted with a collection of Carr's short stories. C & L's second book was a collection of short stories by Marcia Muller.

The pattern was set. Crippen & Landru, comprised of Greene, along with his wife Sandi and their son Eric, would be devoted to publishing single-author short story collections. 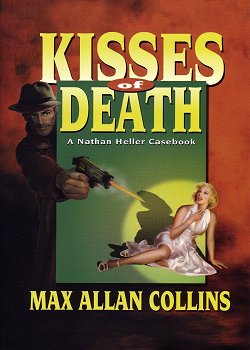 Max Allan Collins, whose collection Kisses of Death: A Nathan Heller Casebook appeared in 2001, says, "Mystery writers and fans alike owe Doug Greene and C&L a great debt of thanks. Without them, precious little of the short fiction of the last thirty years would be preserved in book form, certainly not in 'single author' collections. The books are classy-looking and Doug's scholarship in attaching bibliographies adds a touch that is at once nicely fan-ish and entirely professional...two qualities that don't come together that often."

In the ten years since opening its literary doors, C&L has published over 50 books by such mystery stars as Marcia Muller, Peter Lovesey, Ed Hoch, Joe Gores and Lawrence Block. "If anybody had told me that we'd last ten years, I don't know if I would have believed it," says Doug Greene. "The surprising thing is we're still around and increasing our market."

Crippen & Landru's "Regular Series" is made up primarily of works by contemporary mystery writers. The books are published in two forms: Signed, numbered, clothbound, limited to 175-300 copies, each with a page tipped-in of the author's typescript or with an additional story in a standalone pamphlet. The Regular Series is also available, unsigned, in trade softcover.

Eric Greene handles the "Lost Classics Series," available in cloth and trade softcover, which are collections of stories by vintage authors. So far, there are ten volumes devoted to works by writers such as Craig Rice, Peter Godfrey and Gerald Kersh. There are more on the way, too, including collections by Erle Stanley Gardner, Gladys Mitchell and Rafael Sabatini.

By all accounts, authors love working with Crippen & Landru. Margaret Maron, whose second collection, Suitable for Hanging will be out in 2004, says, "I find Doug Greene such a pleasure to work with. He asks for my input, listens to what I have to say, and answers my letters even faster than members of my own family."

Author Jerry Healy, whose second collection, Cuddy Plus One, came out in June 2003, agrees. "I imagine the experience is a little like what Rex Stout would have encountered back when publishing was a smaller sorority-fraternity, and editors and publishers all knew well the authors on their lists."

"We try to be as professional as possible," says Greene, noting that they pay advances and always get their royalty statements out on time. He believes that the authors and agents respond well to their professionalism.

But why single-author short story collections? "Ever since Poe and Doyle," notes Greene, "short stories have been the purest form of the mystery story and our goal is to preserve these tales in permanent books. Most commercial presses do not want to publish short-story volumes, so many authors have come to us or we to them." 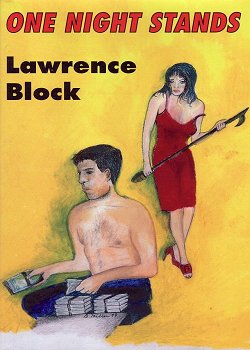 Lawrence Block (The Lost Cases of Ed London and One Night Stands) says, "Doug and Sandi Greene have made a wonderful success of small press publishing by following the time-honored formula: Find a need and fill it. Their single-author collections of short stories, artfully compiled and attractively presented, are so designed as to appeal to the reader and the collector."

Greene notes that marketing is one of their trouble spots, but that they've had two very successful initiatives in this area. One involves publishing special collector's pamphlets in conjunction with the annual Malice Domestic conference. These pamphlets feature a short story by "The Ghost of Honor" a vintage author being honored by the convention or a short story by the winner of the Malice Domestic Lifetime Achievement Award. The pamphlets have proven to be excellent advertising for Crippen & Landru books.

Their other successful marketing tactic is to offer a subscriber list. Those on the list agree to automatically purchase all C&L books and in return receive a 20% discount. Notes Greene, "the 185 subscribers pretty much covers the press run costs."

Lawrence Block says, "I don't collect and rarely read these days, but I've been a Crippen & Landru subscriber almost from the beginning, and not only display the books with satisfaction but even go so far as to read them. Two books of my own are a part of the series, and I've never had a more satisfying publishing experience. They are, to the surprise of no one who knows them, a true pleasure to deal with."

But what does Douglas Greene think makes up a great short story? "Obviously character, setting and plot," says Greene, "but novels have (or should have) those characteristics as well. Unlike a novel, a short story has a single idea with a twist." 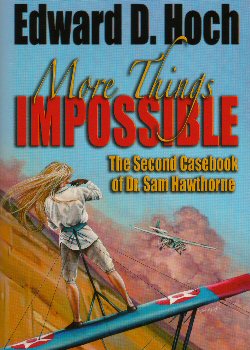 Ed Hoch, who has several collections of short stories published by C&L, including the upcoming More Things Impossible: The Second Casebook of Dr. Sam Hawthorne, says: "Doug Greene is a publisher who obviously loves books. He consults with his authors about all aspects of their books, including the cover art, with the result that Crippen & Landru publications are among the most attractive mystery series being produced today. At a time when publishers shy away from short story collections, he has proven that a market exists for a quality product."

Max Allan Collins agrees. "I prize my relationship with Doug, who is very easy to work with, but also demanding: it starts with the stories. He and C&L have set the bar so high that they have the field virtually to themselves."

Mark Terry is a freelance writer and editor living in Oxford, Michigan. www.mark-terry.com.