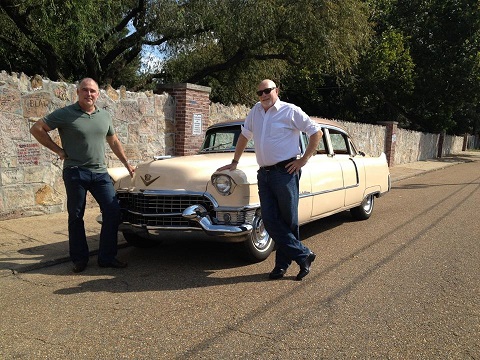 Robert B. Parker died in 2010, but Spenser, his iconic Boston private eye, and Jesse Stone, the police chief in the small town of Paradise, Massachusetts, continue.

Ace Atkins’s third novel about Spenser, Robert B. Parker’s Cheap Shot came out in May and Reed Farrel Coleman’s first Jesse Stone novel Robert B. Parker's Blind Spot was published earlier this month. Both novels landed on bestsellers list and each author is signed to produce more novels about Parker’s characters.

In addition, Atkins continues his own series about Quinn Colson, a former U.S. Ranger who returns to his Mississippi hometown; the latest of which is The Forsaken. Coleman, who wrote the Moe Prager novels, will be launching new series about a cop in 2015.

Mystery Scene caught up with Atkins and Coleman to discuss what it’s like to continue the characters created by a master of the genre as well as putting their own spin on these characters.

QUESTION: What are the challenges about picking up Parker’s mantle?
ATKINS: The expectations of fans and the high quality of Bob’s work. After all, he was a true master. As a longtime fan, you try not to think whose running shoes you're trying on. To paraphrase what Spenser says to Sixkill in Bob's last novel, just do the job you've been training to do. I'm now on my 16th novel and the fourth Spenser.

COLEMAN: It’s a bit of a high wire act to take over a successful series from anyone, but especially from one of the most gifted, well-loved, well-respected authors in the genre’s history. But I suppose the greatest challenge for me was not to focus on whose shoes I was trying to fill and to approach Blind Spot the way I would approach any of my other projects. That is to say, to write the best book I could write. 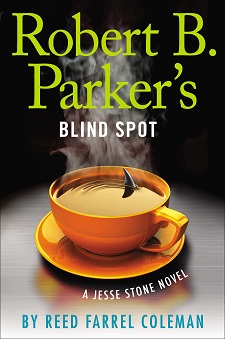 QUESTION: What are the drawbacks?
COLEMAN: The universe I was working in, the characters I was writing were not of my own creation. So I had to find doorways into Bob’s universe and into Jesse Stone’s head. This is a very different process for me than to work in a universe I’ve created and to write for characters that came from within me. But a professional has to find a way to take drawbacks and turn them into benefits. I think I did and I found a great joy in it.

ATKINS: The drawbacks of Spenser are minor, mainly that his world and the characters are firmly in place. I don't think anyone wants to see Spenser and Susan break up. Or a major character exit the stage. But that much said, do expect a few surprises in future books in the Boston underworld.

QUESTION: Do you have any tricks or things you do to get into Parker’s mind set?
ATKINS: I do. One of my superstitions to warm up is to listen to jazz piano great, Dave McKenna. McKenna was not only a legendary musician but a mainstay of Boston. I know Parker was a fan and to me McKenna plays the true Spenser soundtrack. I just hear a few notes and I’m in that world.

COLEMAN: I tried to stay away from putting myself in Bob Parker’s head. I think that would have been a dangerous way for me to go. I took a very external approach. I reread all the Jesse Stone novels and tried to keep my writing in line with the physical structure of Mr. Parker’s. My focus was mostly on staying true to the essential nature of the characters, especially Jesse’s, Molly’s and Suit’s.

QUESTION: Had either of you met Parker before his death?
COLEMAN: Kate’s Mystery Books [in Boston] used to have big Christmas parties. Kate would invite authors from all over New England and the Mid-Atlantic states to come and be part of it. It was at Kate’s I met Dennis Lehane, the late Jerry Healy, and many other Boston based authors. At one of these parties, I was privileged to have shaken hands and chatted for a few minutes with Bob Parker.  He was gracious and a gentleman, though I’m sure he had no idea who I was. But somehow, having met him and Joan Parker, made me feel better about taking on Jesse Stone.

ATKINS: I never met Bob. I corresponded with him for a bit. He was kind enough to blurb my first novel. But truth be told, I don’t think he read it. Bob famously would say, “I can either read your book or blurb it. But I can't do both.” My knowledge of Bob came through a wonderful friendship with the late Joan Parker who taught me a lot about writing Spenser. 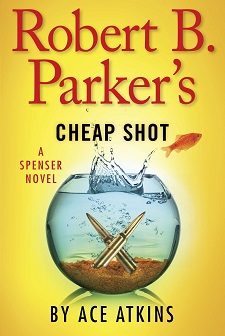 QUESTION: Have you been able to put your own spin on these novels?
ATKINS: I believe I’ve been able to take my own experiences and inject some fresh ideas into the novels. In Cheap Shot, I drew upon a lifetime of being associated with football—my dad with the NFL and I played at Auburn—to tell an authentic story of that world.

COLEMAN: I think so. From the get go I was determined not to try to imitate Bob Parker’s writing style. I don’t think I would have been able to do either Mr. Parker or Jesse Stone justice by doing so. And I had no desire to try to compete with how brilliantly my friend and colleague Ace Atkins does Spenser. As I alluded to in an earlier answer, my goal was to approach the series by being true to the essential nature Bob Parker created for his characters. I like to think of my approach in terms of photography. I tried to use the same camera as Bob Parker, but with a different lens.

ATKINS: Never. I love continuing on the legacy of one of my all-time favorite writers. But the world I’ve created is extremely important to me.

QUESTION: How has doing these books affected your own series?
ATKINS: There are Spenser fans who have definitely found my Quinn Colson series. There is no doubt that the themes and ideas in the Parker novels have found their way into my own work.

COLEMAN: It hasn’t really except to say that any writing I do makes me a better writer. So in that sense, doing these books can’t help but improve my work. I hope that writing these novels will help Jesse Stone fans become fans of my other novels.

QUESTION: How many more Parker novels will you be writing?
COLEMAN: Currently, I am signed to do four (Blind Spot plus three), but hope to earn the right to carry on for many more.

ATKINS: I am signed up for one more after the one I'm finishing now. Every day it's a pleasure and honor to keep Bob's creations continuing. I look forward to many more.