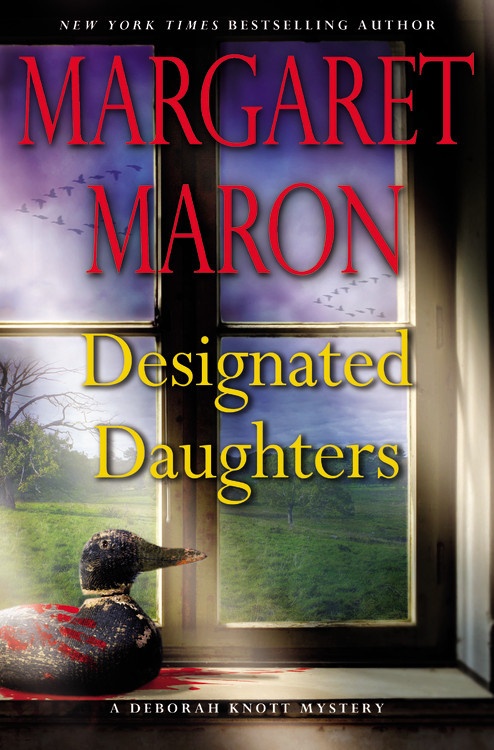 Family and friends far and wide gather at the hospice center bedside of Deborah Knott’s Aunt Rachel when the dying woman suddenly, surprisingly, begins to speak. Random phrases touch briefly on old stories and people long gone, hint vaguely toward rumors Rachel never would’ve shared when fully conscious, and circle back to the drowning death of her own brother decades before. There’s little sense to the stories, but everyone is pleased just to hear her voice—until she’s found suffocated with a pillow and suspicions arise that those delirious ramblings might’ve revealed something worth killing for.

Even the most devoted readers of Margaret Maron’s Deborah Knott series might struggle to keep track of everyone who stops by Aunt Rachel’s room and of the family history hinted at in her final monologues; I found myself wishing desperately for a glimpse of the cross-reference chart created by one deputy to track all the potential suspects. But careful attention is more than amply rewarded as the story unfolds. Tracking down old secrets ultimately uncovers a series of complex, often heartbreaking tales with no easy resolution in the present. And the truth about who killed Aunt Rachel proves surprising, almost cruelly ironic, and ultimately ripe for readers’ sympathies.

Along the way, both the central storyline and Deborah’s courtroom cases touch poignantly on myriad issues affecting the aging: elder abuse, inheritance squabbles, estate auction scams, the need for living wills, the ravages of memory loss, dementia, and Alzheimer’s—an array of burdens lightened by those designated daughters of the title, middle-aged children caring for their elderly parents and watching out for one another as well.