Nonfiction
The Art of the English Murder 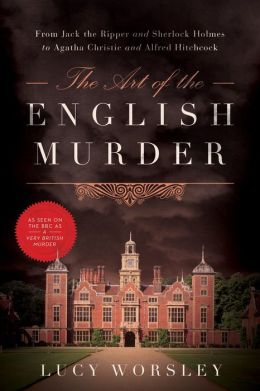 The print companion to the television series considers the British public’s fascination with murder in fact and fiction from the 19th-century Ratcliffe Highway Murders and Thomas De Quincey’s satirical essay “On Murder Considered as One of the Fine Arts” to the present day. Nonfiction subjects treated along the way include the Bow Street Runners, Madame Tussaud, Burke and Hare, Jack the Ripper (considered alongside fictional contemporaries Sherlock Holmes and Dr. Jekyll and Mr. Hyde), and Julia Wallace. Particularly interesting among the Victorian literary highlights are Lucy Worsley’s discussions of Wilkie Collins’ Armadale and Mary Elizabeth Braddon’s Lady Audley’s Secret.

While the book is consistently enjoyable reading, it falls down in familiar ways when it gets to 20th-century crime fiction. The Golden Age of detective fiction between the World Wars is oversimplified and generalized in a reductive way, with the usual excessive attention to the Crime Queens to the exclusion of equally significant figures. And there are numerous factual errors and dubious statements. Raymond Chandler is wrongly depicted as “one of the vocal enemies of the traditional English detective story,” though one of his favorite writers was R. Austin Freeman (not mentioned in the book). Ngaio Marsh’s birthdate is given as 1885 rather than 1895; the length of The Big Sleep, a full-length novel, is given as 18,000 words; a footnote says P.D. James “never felt secure enough, even in her great success as a novelist, to give up her day job in the Home Office,” though in fact, once she was successful enough, she did just that; and surely Lord Peter Wimsey, unlike Sayers’ husband, did “recover from his experiences in the First World War.”