Books
The Widows of Malabar Hill 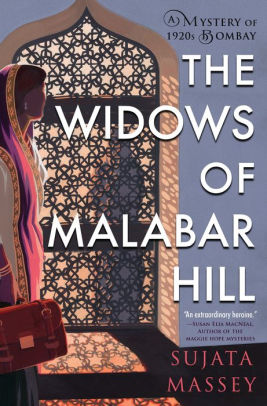 In 1921 Perveen Mistry, a petite young Oxford-educated Parsi woman, has just joined her father’s respected law firm. As one of India’s first female lawyers, and the only one in Bombay, she isn’t yet permitted to argue cases in court—but she is uniquely positioned to help some unusual clients: three Muslim widows who practice strict purdah, living in seclusion from any contact with men. While reviewing documents related to the will of their late husband, a wealthy mill owner, Perveen finds that all three have signed their inheritances over to the family’s wakf, or charity. Even more troubling, the signed name of one of the widows, a former entertainer, doesn’t match the signature on her marriage contract—which she signed with a simple X. Is someone trying to defraud the women? How will they support themselves and their children if they give their inheritance away? Perveen’s own background has sensitized her to the sometimes desperate plight of women in a sexist society, and she is determined to find out the truth.

Partly inspired by the real-life stories of India’s first women lawyers, The Widows of Malabar Hill shifts back and forth between Perveen’s personal history and her current investigation, but the clearly marked transitions are never confusing. A younger Perveen persists in pursuing her education and career despite harassment from classmates, while her current self escapes hair-raising situations with nothing more than brains and pluck, and faces down a murderer without flinching. The interesting multicultural setting and delightful characters, including Perveen’s family, her British best friend, Alice, the widows, and Perveen herself, keep the reader engaged. The Widows of Malabar Hill’s highly original story and satisfying ending make this a promising series debut.