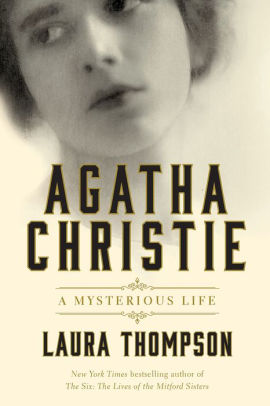 There have been dozens of books about Agatha Christie, and I have read or at least glanced at most of them. While all have had points of interest, Thompson’s book may supersede Janet Morgan’s 1984 biography as the new standard. The author delves deeply into the psychology of her subject, using quotes from her detective novels and especially from her pseudonymous works as Mary Westmacott for insights into her beliefs and feelings, which can lead down a dangerous path but seems reasonable and apt here. The one point (clearly signaled) where Thompson turns to fictional techniques, following thoughts and activities of her subject which no one could possibly know, is in her speculative but plausible reconstruction of Christie’s 1925 disappearance, which is followed by a calm exposition of the actual evidence. More than anything else I have read, this may be the definitive last word on the most dramatic but misunderstood event of Agatha Christie’s life. Thompson also does an exceptional job of vividly and even-handedly portraying the other major figures in her subject’s life, including her mother, both husbands, and daughter Rosalind, with whom she had an uneasy but loving relationship. The quotations from their jokey and sardonic letters to each other (often kidding on the square) are remarkable.

One caveat: The verso of the title page gives a copyright date of 2018 and does not note that the book was originally published in Britain by Headline Review in 2007 under a different title, Agatha Christie: An English Mystery. The paperback edition was distributed in the United States by Trafalgar Square in 2010. The contents of that edition are identical to this one.