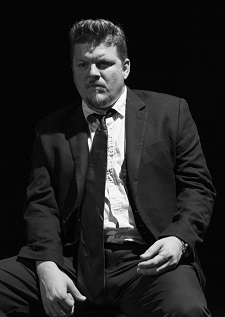 Podcasts have become so popular it is hard to keep up with the latest ones. Today, author Eryk Pruitt, right, puts podcasts in perspective and gives his favorites.

Eryk Pruitt is a screenwriter, author, and filmmaker. He wrote and produced the short film Foodie, which won eight top awards at more than 16 film festivals. His short fiction has appeared in The Avalon Literary Review, Thuglit, Pulp Modern, and Zymbol, among others, and he was a finalist for the Derringer Award. He is the author of the novels Dirtbags, Hashtag, and the Anthony Award nominee What We Reckon (all published by Polis Books). His latest book is Townies: And Other Stories of Southern Mischief. He also hosts the true crime podcast The Long Dance. Pruitt lives in Durham, North Carolina, with his wife, Lana, and their cat, Busey.

When Serial ended its 12-episode run in December, 2012, the demand was cemented for more podcasts that combined investigative journalism with the production value of an audio documentary.

Serial's episodes, released one per week, investigated the 1999 murder of Baltimore high school student Hae Min Lee, and the subsequent incarceration of her ex-boyfriend, Adnan Syed. However, this new form of storytelling had a shortage of podcasts that could match Serial.

In fact, not even Serial’s second season was able to match the intrigue earned by its predecessor.

So investigative journalists began turning on their microphones and heading out to recapture that spirit.

Count me among them. This summer, we released The Long Dance, an eight-part true-crime podcast about North Carolina’s 1971 Valentine’s Murders. In addition to Serial, here are five other true-crime podcasts that were our inspirations. 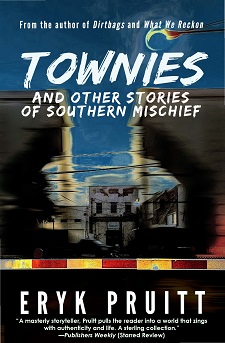 1. Atlanta Monster
Those of us who did not grow up in The Big Peach during the early 1980s have taken it for granted that Wayne Williams was behind the murders of scores of children from Atlanta’s black community. However, ask anyone from that community and they will voice their suspicions that authorities captured the wrong man. Journalist Payne Lindsey, host of Up and Vanished, guides readers through the murky conspiracy theories surrounding the murders and their alleged perpetrator.

2. The Shot
When Hampton Roads police officer Victor Decker was found shot to death outside a nightclub, no one believed the crime would still be unsolved seven years later. The Virginian-Pilot released a seven-part, investigative series analyzing every scrap of evidence. Later, the newspaper released six more episodes. Would they produce an answer?

3. Slow Burn (Season Two)
Season One of Slate’s Slow Burn mired deep into Nixon’s Watergate, overturning even the smallest nuance that has long been forgotten by historians and pop culture. Season Two turns that same discerning eye on the more salacious of presidential scandals: the Clinton impeachment following the Monica Lewinsky affair. Each episode is delivered weekly.

4. In the Dark (Season Two)
Madeleine Baran leads listeners into the depths of the Winona, Mississippi, justice system as Curtis Flowers, a man who has been tried six times for the same grisly murder, awaits a seventh trial on death row. How can one man be tried seven times for the same crime? Is he guilty? If not, who did it?

5. Someone Knows Something (Season Three)
While the FBI scoured Mississippi in 1964 for the three missing civil rights workers, two other bodies were uncovered. Over four decades later, the Canadian Broadcasting Company takes award-winning broadcaster David Ridgen into the deep South to reopen the case and confront the Ku Klux Klan.

MysteryScene RT @ScozzariFrank: You can always fix bad pages. You can’t fix no pages. So write. Just write. Try to turn off that voice of doom that para…
10m • reply • retweet • favorite