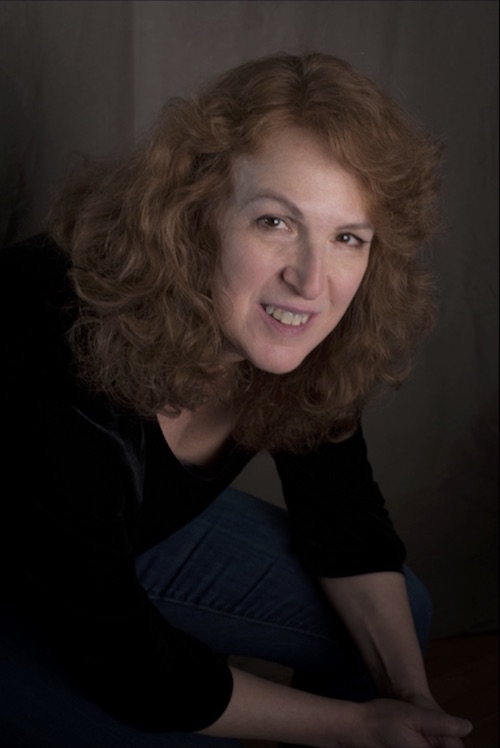 Clea Simon is the author of four, mostly cozy, mystery series and one standalone thriller. Her latest book, A Spell of Murder, is about witch cats and is set in Cambridge, Massachusetts. Her books have a sparkle and edge to them that’s delightful to discover in a cozy.

Mystery Scene: You didn’t start your career as a mystery writer, but as a journalist. What brought about the change?

Clea Simon: Honestly? I think I needed the time to build up my courage, as well as my writing chops. When you’re doing journalism or writing nonfiction (I wrote three nonfiction books before my first mystery), you can tell yourself that the writing doesn’t matter. You’re giving people information. But when you’re writing fiction, all there is is your writing—it’s all your imagination. It takes a lot of confidence to believe that my writing alone would be enough.

Specifically, what happened was that after my third nonfiction book, The Feline Mystique: On the Mysterious Connection Between Women and Cats, came out, Kate Mattes—the owner of the much-missed Kate’s Mystery Books—invited me to come sign at her annual mystery holiday party. I pointed out that my book wasn’t a mystery, and she said, “Believe it or not, Clea, there’s a huge overlap between women who love cats and mystery readers.” So I did and I signed along with dozens of other authors and I had a blast. And at the end of the night, Kate said to me, “You should write a mystery.” It was like she was giving me permission. And so I did!

Why mysteries? Were you a fan?

Very much so! I’ve always loved mysteries, from my Encyclopedia Brown days on. That and historical fiction, but I know a lot more about digging out facts (thanks to my years as a journalist) than I do about history, so...

Your early books were nonfiction, including one about cats—so what prompted the interest in cats? It’s obviously a passion that winds through your novels.

I’m not sure, actually. I’ve always loved cats. Maybe because as a writer I spend so much time alone except for the cat. And of course I talk to my cat. Everyone does, and so…sometimes the cat talks back!

You have now written five series. What have you learned about writing and publishing during that time?

While the book coming out now is also about cats, this one, A Spell of Murder, is about witch cats. Talk about witchcraft a bit if you would, what you know about it, how you researched it, etc.

I have dabbled in Wicca for years. At one point, I was considering a nonfiction book about it. When I was a kid, I made up a religion in which I worshipped trees, so it seems kind of right. I like the feminism and environmentalism of it—the idea of cosmic balance. And I have friends who practice, so that helps.

You also have a straight-up thriller that came out last November. What brought about that book? What made you want to write about the club scene?

World Enough was the final realization of a book I started 30 years ago, when I was a rock music critic. I kind of found myself in the punk rock scene—it was a very communal arts subculture that gave me a structure and a home and several lifelong friends—and I wanted to write about it. But at that point I didn’t have the chops, nor did I have perspective. So when I went back to that early manuscript and basically tore it apart, I realized that one of the things I wanted to write about was my longing for community—and how much we fool ourselves when we need to. It’s also kind of about looking back on youth from middle age. Fun stuff—with rock and roll! 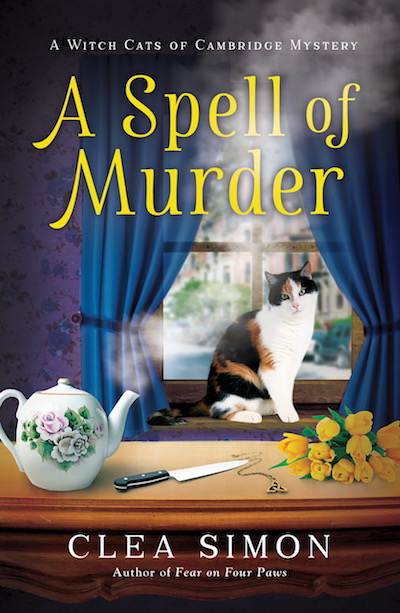 I was always a fan of your Pru Marlowe, pet psychic, books, which sounds so cheesy when you write it down like that, but the books aren't cheesy at all, and they have quite a bit of edge. Can you talk about that series a bit?

Sure! I think the key to that is that in my heart, I’m as much Wallis (the crotchety tabby) as Pru. Wallis is the one looking on and cutting Pru down a bit, whereas Pru is trying to be tougher than she is. They both need each other. I love that series because it’s really about them working out their relationship and boundaries as much as anything. Plus, I get to research and write about different animals with each book!

Can you also talk about your Blackie and Care series? Interesting concept.

Blackie and Care started as a Sherlock Holmes pastiche. What if Holmes dies and was reincarnated as a black cat? And what if he hooked up with a former Irregular, a street waif whom he had employed? Only, of course, the Irregular is a girl so.... I guess she’s me, feeling lost and alone in a scary world with only her cat for company. OK, I’ve probably said too much!

It annoys me that cozy writers are often dismissed as fluff when many of you include very serious things in your books along with the fun parts. Do you have a comment on that?

Yes, it annoys me too! Writing is writing, and cozies—all genre fiction, really—have some of the most astute characterizations and social commentary in current literature. Only we make it enjoyable, so people discredit it.

Finally, what book was a transformational read for you? What book changed your life as a reader or writer?

Probably J.R.R. Tolkien’s The Lord of the Rings. It was my first experience of a character’s transformative journey and an immensely emotionally and intellectually satisfying read. Morally too! I still re-read it pretty regularly.

Thanks for having me!

Clea Simon is the author of more than two dozen cozy/amateur sleuth mysteries featuring cats (Blackie and Care mystery series, the Theda Krakow mystery series, the Dulcie Schwartz series, and the Pru Marlowe pet noir series), three nonfiction books, and one punk rock urban noir, World Enough (Severn House). Clea lives in Somerville, Massachusetts, with her husband and one cat. She can be reached at www.cleasimon.com and on Twitter @Clea_Simon.