Jonathan Putnam on the Lincoln and Speed Mysteries
Robin Agnew 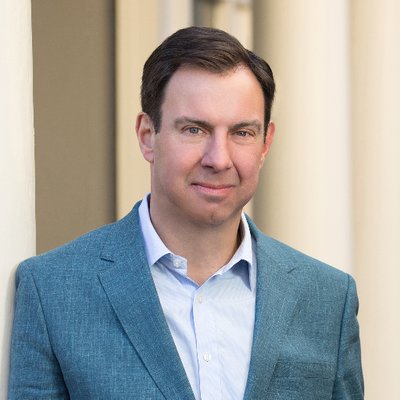 Jonathan Putnam’s Lincoln and Speed Mystery Series features Abraham Lincoln and his best friend, Joshua Speed, who met as young men and remained lifelong friends. The books take place in what was then the frontier town of Springfield, Illinois, and give you a whole new picture of Lincoln as well as life on the frontier. The mystery part is pretty great too! These are really enjoyable reads as well as being informative about the time and place.

Robin Agnew for Mystery Scene: What turned you from the law to mystery novels?

Jonathan Putnam: I was a trial lawyer for a large, international law firm in New York City for 20 years before deciding I wanted to become a novelist. A trial lawyer, like a writer, is at bottom a storyteller. My job was to assemble the known facts into a compelling narrative that was interesting and believable and convinced the judge and jury to find in favor of my client.

I enjoyed my time as a lawyer, but after a while I started to get tired of telling someone else’s stories (that is, my clients’). I wanted to tell my own stories.

Are you a greater fan of mysteries or of Abraham Lincoln?

At this point, I’m a huge fan of both, but I can’t say I’ve always been a Lincoln scholar. When I was just starting to think about writing, I was brainstorming about famous lawyers in history around whom I could build a historical mystery. Lincoln was one obvious possibility. Then my sister, who’s a real historian (Chair of the History Department at the University of Pittsburgh), suggested that I could have Lincoln’s roommate narrate his story. I had never heard of Joshua Speed, but as soon as I started to look into him, I said to myself, “I’ve found my Watson!”

Mystery wise, who are your influences?

Among my favorite mystery writers are Dick Francis, Tony Hillerman, and (of course) Agatha Christie. Scott Turow is probably my favorite legal thriller writer. I find David Liss’ historical thrillers to be consistently excellent. And The Alienist by Caleb Carr is probably the single book that has influenced my writing the most. Like my books, The Alienist features a future president in a real-life pre-presidential role (in his case, Theodore Roosevelt as New York City’s police commissioner, although my Lincoln plays a more prominent role in my books than does his Roosevelt in his).

You write about the young Lincoln and a time that many people may not know as much about, so along with the mystery element, there's plenty of interesting history to learn. Do you have any difficulty tempering the research and knowledge you have to prevent overwhelming the book with historical detail?

People’s image of Lincoln is overwhelmingly focused on his final, presidential years. When I give book talks, I ask the audience to form a mental picture of Lincoln and then ask if he’s bearded in that mental image. Nearly every person in every audience nods. I tell them that that image is necessarily of his presidential years, as Lincoln didn’t grow a beard until he was running for president in 1860.

Now, the five years when Lincoln was president were incredibly consequential, for the man and indeed for our nation, but they were only five years of his life. That man came from somewhere. My books allow readers a close look at Lincoln much earlier in his life, as a young adult who drifted from job to job and finally made a go of it as a prairie trial lawyer in Springfield, Illinois. There is an incredibly rich tapestry of history to draw from in filling in the details around the central mystery and illuminating the life and times of the young Lincoln and Speed.

At the same time, I always remember that I’m telling an engaging mystery story, and the story has to come first. In libel law, there’s an old saying: “The truth is an absolute defense.” That is, if you write something derogatory about someone, but what you say is true, you can’t be sued for it. In writing, I’ve come to the opposite maxim: The truth is not a defense. Just because something actually happened, or some historical tidbit might seem irresistibly interesting, doesn’t make it effective storytelling.

I always include a “Historical Note” at the end of each book, so my readers know what in the book is true to life and what’s made up. The large majority of my plot points and characters are drawn from the actual historical record, but sometimes I put them together in ways that serve my fiction.

You have three books out now, and a fourth scheduled for this summer. What arc do you have in mind? How far will you take Lincoln on his journey? I think he must meet Mary Todd in the next book.

Lincoln and Speed lived together for four years in Springfield, Illinois, when both were young, unmarried men—from 1837 to 1841—and they remained lifelong friends. The three books so far, These Honored Dead, Perish from the Earth, and Final Resting Place, have been set in 1837-38. The new one, A House Divided (to be published in July 2019), is set in 1840, and you’re right: Mary Todd is a major character. In real life, Mary arrived in Springfield in the fall of 1839, and as a smart, beautiful and politically savvy young woman she made a big splash. Lincoln, Speed, and many other men in town vied for her hand. She’s a fascinating character, much more interesting and sympathetic than her historical reputation (which is overwhelming based on Lincoln’s presidential years and thereafter), and I think readers will really enjoy getting a new perspective on her in the book.

As far as the series goes, Lincoln and Speed remained lifelong friends and had a number of notable interactions with each other even after they stopped living together. I’d like to use the series to trace the entire arc of their friendship, in tandem with the arc of the country over that same time as it tumbled towards Civil War. Since the two men were, at least initially, on opposite sides of the slavery debate (Speed came from a wealthy slave-owning family in Louisville, Kentucky), their friendship embodied all of the conflicts and contradictions of that period in our nation’s history.

What would you say to folks who aren't especially fans of Lincoln (though who could that be?) to convince them to read your books?

My books can be read as the historical adventures of two best friends on the American frontier in the 1830s, a lawyer named Abe and a shopkeeper named Joshua, who investigate murders that occur in their community. It just happens that both of them, as well as most of my other characters, are based on historical figures. Personally, I think anyone who enjoys history or historical mysteries will enjoy the books without regard to the fact that one of the characters is Lincoln.

I'm also fascinating by the frontier aspect of the books. Springfield, Illinois, was really at the edge of the United States at the time you are writing about. Can you talk about what makes that historical period come alive for you as you write and how you get it across to a reader?

The American frontier of the 1830s and 1840s was a remarkable place and time, although very little is remembered about it today. The railroads still years away from the region, so to get anywhere you had to travel by stagecoach, horseback, or—if you were near to mighty Mississippi, or any of the other great rivers—by steamboat. It was a time of much violence and much turbulence, spectacular fortunes and spectacular crashes. The customs of the society were very much like ours today in some ways, and very different in others. For example, I have a vignette in Final Resting Place about the way that unmarried men and women courted in Springfield that seems a million years away from the dating scene today.

I definitely wouldn’t have wanted to live on the frontier of the 1830s, but it would have been a fascinating place to visit. That’s the experience I try to give my readers in the books.

As a writer, what makes you excited to sit down and get to your writing every day?

It’s the best job in the world. I love crafting stories that readers will get lost in. There’s nothing better than hearing a reader tell me one of my books kept them up all night reading.

As a now veteran writer with three books to your credit, what do you think you've learned about publishing and writing along the way?

Just write. I think way too many writers spend way too much time worrying about how they’re going to sell their book and to whom. I’m sure I’ve been guilty of that, too. But until you’ve got a compelling manuscript, you’ve got nothing to sell. And once you’ve got that, the rest will take care of itself. As a writer, you should spend 99 percent of your time (99.9 percent would be even better) just writing. It’s all you have control over.

Finally, what book was a transformational read for you? What book set you on the path to becoming a reader and/or writer?

In addition to The Alienist, which I mentioned earlier, I’d identify two books by Scott Turow. One L is his account of his first year at Harvard Law School; I read it during my own first year there. The following year, I read Presumed Innocent, his first legal thriller. Turow wrote that book while working as a big-firm lawyer in Chicago, and as I read it during law school, I thought to myself that maybe I’d try to do something similar, one day.

Jonathan Putnam is a writer and attorney. His books in the Lincoln and Speed Mystery Series include Final Resting Place (2018), Perish from the Earth (2017), and These Honored Dead (2016). He is currently working on the fourth book in the Lincoln and Speed Mystery Series, A House Divided, which is slated for publication in 2019. Jonathan has been active in a number of charitable causes relating to children and access to higher education for less fortunate kids. He is also the much-criticized commissioner of his family's fantasy football league and a back-of-the-pack marathon runner, having completed marathons in New York, Chicago, London, Paris and Las Vegas. He and his wife, Christin Putnam, have three sons. They live in London and New York.

MysteryScene RT @ScozzariFrank: You can always fix bad pages. You can’t fix no pages. So write. Just write. Try to turn off that voice of doom that para…
25m • reply • retweet • favorite