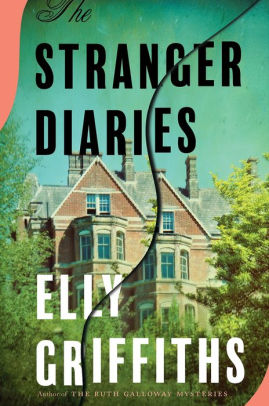 Those of you who love Elly Griffith’s series character Ruth Galloway, snuggle up—you’re going to love the standalone novel The Stranger Diaries every bit as much. The same voice that brings Ruth to life—the funny, intelligent, eminently readable voice of Griffiths—is also on full display in this wonderful novel. The story centers on Clare Cassidy, a divorced mom who teaches at a high school in a British town.

As the book opens, it’s Halloween and Clare is taking her class through a reading of a well-known ghost story, “The Stranger.” The author of the story, R.M. Holland, once lived in the “old” part of Clare’s school where his study is still kept intact. After class, Clare gets the terrible news that her colleague and fellow teacher Ella has been killed. Thus begins a spooky murder mystery that Griffiths, a lover of Victorian fiction and specifically Wilkie Collins, imbues with the hint of a gothic. There are ghost stories inside of ghost stories, creepy notes left for Clare in her journal, fog, spookily isolated homes (Clare’s specifically), the mystery of R.M. Holland’s life, and the creepiness of his preserved study—and it all goes down like butter.

Detective Sergeant Harbinder Kaur, a fierce young Indian woman who is investigating the case, also has a voice in this tale and readers get to see that Kaur suspects Clare of the crimes. As a reader, you really have to put your mind to work to try and figure out who has the more valid point of view. The back-and-forth narration, which sometimes also includes Georgia (Clare’s daughter), really ratchets up the tension.

The suspect pool is actually rather small, but in true Golden Age style, Griffiths manages to make each suspect and character interesting and suspicious all at once. The ultimate reveal of the killer was a surprise and, to me, that’s the true sign of a master plotter. After a couple of solid scares and another death, Clare is more or less at her wits’ end. It’s also noted that in Victorian ghost stories things happen in threes, so after the second death, readers are waiting for the next body to drop.

This book is full of atmosphere and Griffiths’ pure skill as a writer is so adept, so flexible, so fascinating, and yet so clear that I can never put one of her books aside once I pick it up. This is a bravura standalone from a modern master of the genre.

MysteryScene Fans of Burroughs and his literary progeny will get a kick out of “Hole in the World,” full of good, clean, gory fu… https://t.co/0TVSE6ryS2
10h • reply • retweet • favorite

MysteryScene “Die Next” is a high-octane thriller & commentary on our obsession with phones & celebrity @JonStoneBooks… https://t.co/m4GI62rmWf
11h • reply • retweet • favorite