Before Grafton, Paretsky, or Muller There Was Maxine O'Callaghan
Oline H Cogdill 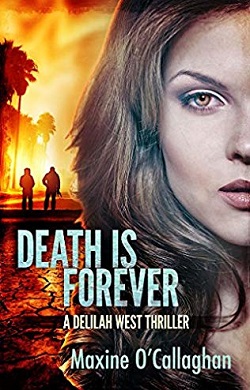 A couple of weeks ago we wrote about the first G.P. Putnam’s Sons Sue Grafton Memorial Award being given to Sara Paretsky.

The honor continues the legacy that Grafton, along with Paretsky and Marcia Muller, started by launching series about tough female private detectives.

But I would be remiss if I didn’t mention the author who was even more ahead of time.

Maxine O'Callaghan began writing short stories about Delilah West, the first female PI in print. Delilah made her appearance in a series of short stories including one in Alfred Hitchcock’s Mystery Magazine, predating Muller, Grafton and Paretsky. This short story made Delilah the first entry into the female PI genre.

O'Callaghan published 13 novels, six of them about Delilah, and a collection of short stories.

While Delilah made her first debut in a novel during 1981, those works, at the time, were overshadowed by those novels by Muller, Grafton and Paretsky.

According to The Thrilling Detective web site, “Delilah may not have had the spark and zip of the others, she was a more-than-enjoyable and credible P.I. A former cop, she goes into the shamus game with her husband Jack. But when he's murdered, she starts playing it for keeps in a series of books and stories that at the time drew praise for their emotional realism and snappy plotting.”

Readers now have a chance to revisit O’Callaghan’s works. Brash is republishing the entire series with the remaining two coming out by the end of this summer.

Details are at Brash Books. http://www.brash-books.com/.

“Maxine was a trailblazer... she wrote the first female private eye, paving the way for Marcia Muller, Sara Paretsky and Sue Grafton...and yet she never enjoyed the wide public or critical recognition she deserved,” said Lee Goldberg, co-owner and publisher of Brash Books and an author.

“Her books are terrific, but were all out of print and in danger of slipping into obscurity before we came along. I thought it was vitally important that we republish her books, that they remain in print, for readers to discover. We've republished the early short stories and all but two of the books, which we'll be re-releasing later this year. It's a tragedy that her books never "broke out" the way Sue and Sara's did...because they are every bit as good and still hold up well today,” Goldberg continued in his email.

O’Callaghan was nominated for the Shamu, Anthony and Bram Stoker awards. Her novels and short fiction featuring Delilah West were honored by the Private Eye Writers of America with its lifetime achievement award, The Eye, for her contribution to the field.

Maxine O’Callaghan was born in Tennessee and was the first in her large extended family to finish high school. She joined the Marine Corp Reserve, eventually she did during basic training at the Recruit Depot in San Diego.

She, her husband and two children ended up in Orange County, California, where, as a stay-at-home mom she began writing short stories. That’s when she came up with Delilah West, selling that ground-breaking story of the private detective to Alfred Hitchcock’s Mystery Magazine.