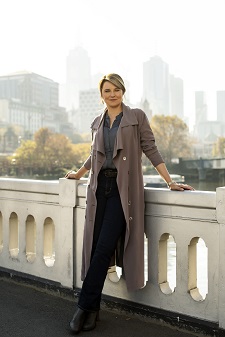 Viewers will see a different kind of Lucy Lawless when the actress’ latest series My Life Is Murder makes its U.S. and Canada premiere beginning Aug. 5 on Acorn TV.

Lawless says that Alexa Crowe, a former homicide detective, is the closest to her own persona than any role she has had.

“There is more of me in Alexa than any character,” said the Australian actress in a phone interview.

“For one thing, she’s a modern woman and she is my age,” said Lawless, who is 51. “She has a sexuality and has life experiences with losses and loves. I have never played a character like that.”

That means no corsets, no armor, no Victorian dress, no outer space garb for Lawless whose roles have included the title character in the television series Xena: Warrior Princess (1995–2001); cylon model Number Three D'Anna Biers on the re-imagined Battlestar Galactica series (2005–2009); and Lucretia in the television series Spartacus: Blood and Sand (2010), its prequel Spartacus: Gods of the Arena (2011), its sequel Spartacus: Vengeance (2012); Countess Palatine Ingrid Von Marburg on the WGN America supernatural series Salem (2015); and Ruby on the Starz horror-comedy series Ash vs Evil Dead (2015–2018).

“I give women who had to endure those [old-fashioned] clothes a lot of credit just getting through the day,” said Lawless, who also had a recurring role as Diane Lewis-Swanson on the NBC sitcom Parks and Recreation (2012–2015).

The 10-episode My Life Is Murder has the makings of another successful series for Lawless.

Her Alexa left the Melbourne, Australia, police force after her husband, also a detective, was killed in the line of duty. His death left Alexa adrift, as the series illustrates. She’s cut herself off from others, spending her time baking bread and spending time with her cat that she refuses to acknowledge is really hers. (Don’t worry, he is well taken care of.) 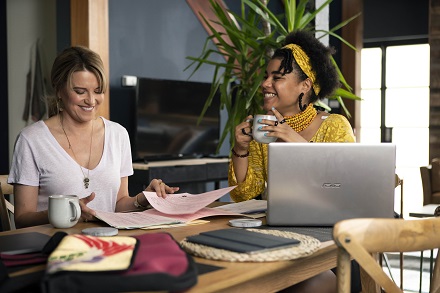 Alexa’s pulled back into investigating tricky cases by her former boss, Detective-Inspector Kieran Hussey (Bernard Curry). Cases will include a male escort, the mortuary business, and identity theft. Set in Melbourne, My Life Is Murder also showcases the Victorian city that has become a cosmopolitan arts-centered city.

The comedy-drama also features a fine swath of sly humor. Alexa can figure out the most complicated cases but she’s having trouble fixing her bread machine. In another episode, she deals with her husband’s ashes, blending pathos and humor.

“Humor is a good part of the series and I get to ad lib quite a bit,” said Lawless, who also is an executive producer.

“The series allows me to bring so much of me to it, including the humor. Sometimes I’m not sure where Alexa ends and Lucy begins.”

Lawless is quick to give credit to the series creators, producers, writers, crew members and co-stars. She especially is enthusiastic about Ebony Vagulans who plays computer expert Madison Feliciano, who assists Alexa. Their relationship is a combination of mother and daughter; boss and sidekick, and just friends.

“Ebony will have a long, brilliant career and I take such pride that we found her first,” said Lawless.

“We knew instantly when she auditioned that she had the intelligence and sparkles that we needed. Ebony shows that her character has the ability to handle her end of the bargain, that Alexa could handle a task to her and she would figure out how to get it done without having her hand held.” 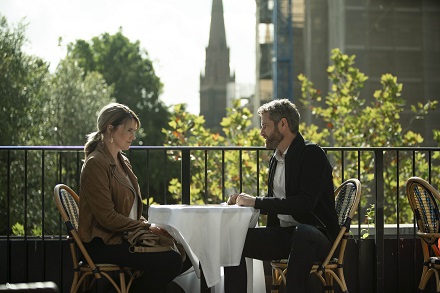 The crime element is very much in Lawless’ wheelhouse. Shes ays she is a crime buff, watching and reading both nonfiction and fiction books, TV series and movies. She also often attends murder trials wherever she is filming “to see how it works in different countries.”

“I am very much interested in crime fiction and nonfiction. The [genre] underpins the basics of human behavior in a most intense time of life.”

Lawless may always be remembered for her role in Xena: Warrior Princess series, which celebrates its 25th anniversary next year. Lawless says the character will always have a place in her heart and loves it when people ask about it.

Personally, she said, Xena “gave me everything, and not only a solid fan base who have kept with me through all the turns in my career. Xena is where I met my husband (Xena's executive producer, Pacific Renaissance Pictures CEO Robert G. “Rob” Tapert) and my two sons and allowed us to buy our home,” said Lawless who also has a daughter, Daisy.

“Xena set me up for life. I am endlessly grateful. I owe Xena everything.”

Xena also left a legacy of acceptances for many viewers. The relationship of Xena and Gabrielle (Renee O'Connor) became touchstones for lesbian and gay fans. As the series went on, it became an open secret that the two women were in love.

“I think Xena gave people a message that you can do it. You can have a better life, get out of a bad situation. That’s appealing to everyone but especially to those who are marginalized whether by sexuality, race, sex or just feeling like an outsider. We all fear being less than. That’s a universal message. And if any change is attributed to me than I am delighted to have help change,” said Lawless

Aside from acting, Lawless is a fearless activist for programs involving children, the LGBT community and the environment. “I’ve been given a platform; how could I not do my part to give back and make things better. I want to be part of the solution.”

Lawless’ appealing personality shines in My Life Is Murder. But she says one thing she will not do in the series is sing.

“That would be weird, it just would break that wall,” said Lawless, who has appeared in several musicals including Grease on Broadway, and Chicago in Los Angeles and New Zealand.

“Kelsey Grammar can get away with singing at the end of Frasier but it would be jarring if I did it. But I do get to use my foreign language skills—I studied language. And that has been fun.”

My Life Is Murder launches with its first two episodes to air on Aug. 5, 2019, on the streaming service Acorn TV, and will continue through Sept. 30. Check local listings. Visit https://acorn.tv.