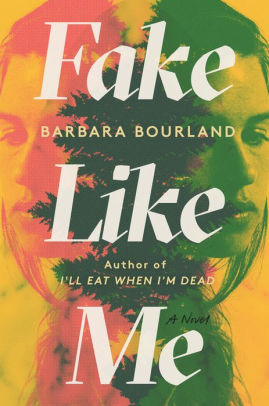 A perceptive look at New York’s underground art scene, the myth of celebrity, and what it means to be an artist propel Barbara Bourland’s second unconventional mystery.

Fake Like Me revolves around an unnamed artist as she recounts her career, from being poor and struggling to finally achieving recognition and having money in the bank. Just as she’s about to make an even bigger breakout, she suffers an almost insurmountable setback: a fire breaks out in her New York City loft, destroying a series of seven highly anticipated paintings before the art world has a chance to see them. The large, highly detailed “Rich Ugly Old Maids” destined for her huge Paris show were to be her "crowning glory.” Their destruction could destroy her career.

With no no place to live or paint, and no hope of re-creating her masterpieces in just three months, she retreats to the art collective Pine City in upstate New York. She has idolized Pine City her entire career, especially sculptor Carey Logan, who committed suicide by drowning herself three years before. The artist imagines the former summer resort to be teeming with an artistic vibe, everyone on a creative high, and the Pine City members congenial and caring. Instead, the place is dilapidated and its members aloof, especially Tyler Savage, who was Carey’s lover.

Still, the artist discovers a nonstop energy for her work and a need to find out why Carey drowned herself.

Bourland’s rich storytelling delves deep into the creative spirit on which artists thrive as her main character digs up the secrets swirling around the death of Carey. Stephen Sondheim wrote “art isn’t easy”; in Fake Like Me, art can be deadly.