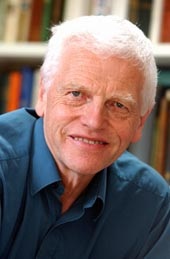 About 50 years ago, a young British teacher with two young children decided to take a chance and enter a writing contest. At the time, he had written a nonfiction book based on his love of running.

And that contest jump started the successful career of Peter Lovesey.

And now Lovesey is helping to start another writer’s career.

Lovesey is launching a first crime novel contest being organized by Soho Crime to mark his 50th year in crime writing ever since he won a similar contest.

The Peter Lovesey First Crime Novel Contest includes a $10,000 advance and a publishing contract with Soho.

Details are at https://www.loveseymysterycontest.com and the contest is open to any unpublished writer.

Lovesey is one of the nicest authors and has earned the respect of his fellow writers and loyal readers throughout his career. He has written more than 50 historical and contemporary detective novels and numerous short stories with three of those novels have been written under the pen name Peter Lear. His best-known series characters are Sergeant Cribb, a Victorian-era police detective based in London, and Peter Diamond, a modern-day police detective in Bath.

Peter spent four years of National Service in the Royal Air Force. He spent 14 years in education, beginning as a Lecturer in English at Thurrock Technical College in Essex. He then became Head of the General Education Department at London’s Hammersmith College for Further Education (now West London College). He quit became a full-time writer in 1975.

Peter’s awards include the Gold and Silver Daggers from the British Crime Writers' Association, the Cartier Diamond Dagger for Lifetime Achievement, the French Grand Prix de Littérature Policière and first place in the Mystery Writ 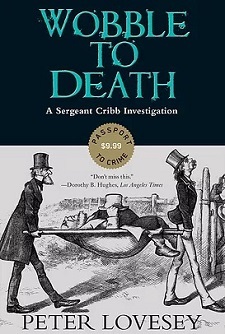 He is one of only 13 authors to be honored with both the Crime Writers' Association's Cartier Diamond Dagger for Lifetime Achievement and the Grand Master from MWA. He also received the Lifetime Achievement honor during the recent 2019 Bouchercon Convention in Dallas. In 2016, the UK's Detection Club published Motives for Murder to recognize his 80th birthday.

I interviewed Lovesey when he was named Grand Master by Mystery Writers of America in 2018, and we talked about this contest that launched his career. Here is a link to his acceptance speech.

Running, he told me, was his passion and he had no other ideas for a book, fiction or nonfiction.

Then he saw the advertisement for the contest sponsored by publisher Macmillan. The prize was a whopping £1,000, which he said was bigger than his annual salary.

Lovesey said at the time he didn’t know anything about writing mysteries. But his wife, Jackie, did. She loved mysteries and suggested a mystery centered around running, which, at the time, had never been done.

He began researching the history of running—he was a teacher, after all—and came across ultra-long-distance races in the Victorian era that were called “Go As You Please Contests.” He wrote the book in three months and, won the contest.

The result was Wobble to Death. The novel as set in 1879 during a bizarre six-day endurance race. “Wobbles” became popular on both sides of the Atlantic in the 1880s. Wobble to Death introduced detectives Cribb and Thackeray. Lovesey’s eight novels in the Cribb series gave readers a look at police work in the Victorian era and it also was the basis of a popular TV series in Great Britain.

We wish the winner of the Peter Lovesey First Crime Novel Contest much success.