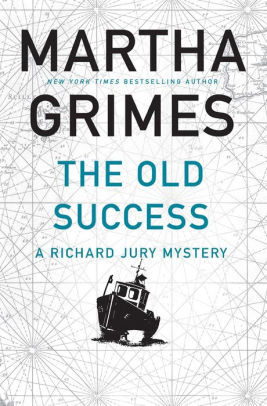 This is the 25th British procedural featuring Inspector Richard Jury and his erstwhile titled friend Melrose “Don’t call me Lord” Plant, and it’s one of the most complex mysteries in the series. This one concerns three separate murders in three separate places, but possibly connected.

The first victim is a young, attractive woman found shot to death on the beach of a remote island off the Cornish coast, the body discovered by two young girls (ages 14 and 12) who live on the island. After interviewing all of the residents there with no success, the local police are stymied, and Inspector Jury is called upon to help in the investigation. He is joined on this task by newly acquired friend and London’s Metropolitan Police legend Sir Thomas Brownell.

Not long after their investigation begins, Jury is called to a fatal shooting where a neighborhood friend of Melrose Plant is accused of killing her husband. Although she denies it, and Plant can’t believe it, all evidence seems to point to her guilt.

Before either of the two cases can be solved, a third murder by gunshot occurs, this time in a cathedral nowhere near the other two. The victim is a mild-mannered, 38-year-old cleaning woman who seemingly had no enemies. Oddly enough, the officer on the scene believes that it’s possible all three crimes are related.

In any Richard Jury mystery, the reader can always count on the very witty and amusing banter that is a trademark of the series. But what makes this entry stand out from the usual, aside from the complexity, is the investigative pairing of Jury with Sir Thomas Brownell, who has solved just about every murder case he was involved with—except the murder of his wife.