Mysteries Now More than Ever
By Oline H. Cogdill 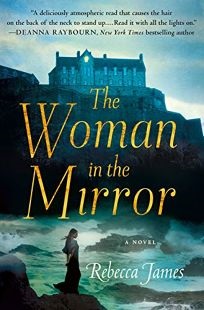 As the world deals with this dreadful pandemic, most of us are doing what we should—staying home, venturing out only when necessary, and staying six feet away from others. Don’t forget, if going to a store, wear gloves and a mask.

We have new terms and acronyms for our lives—Shelter in Place (SIP) and Work from Home (WFH).

And let me pause here for a big shout-out and thank you to the heroes of 2020—health-care workers, first responders, caregivers, truck drivers, grocery store and pharmacy staffs, janitors, car repair people, veterinarians, and the others who are helping to keep the world going.

Now, back to the blog.

With no live theater, movie houses, or other entertainment available, many of us may be reading more than ever.

Reading, of course, is a solitary action that can be done anywhere, and the escapism it offers is huge.

For mystery fans, reading is just part of the daily fabric.

While mysteries are always in style, the genre is even more suited for these trying times when isolation is your daily job.

No hopping on a plane for travel, no stays at hotels, no going to a restaurant for a sit-down meal. But we can do all that vicariously through books. 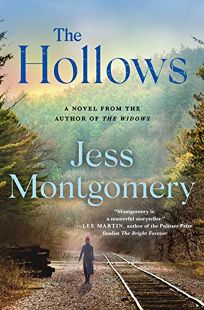 The mystery genre has always embraced isolation—or being an outsider—through it’s the characters who often set themselves apart from society.

Sometimes it’s the lone wolf such as Dashiell Hammett’s Sam Spade or Michael Connelly’s Harry Bosch—both detectives, one private, one cop, who have separated themselves from the rest of society, who operate on their own instincts and whose close friends are few.

Charles Todd’s Scotland Yard Inspector Ian Rutledge continues to hide the fact that his time as a soldier during World War I left him shell-shocked. During that time, what we now know is PTSD was considered an act of cowardice—fortunately, we now know that this not true.

Rutledge would have much in common with Nick Petrie’s action-packed series about former Marine Peter Ash. Petrie’s novels give a perceptive look at a man dealing with the aftermath of serving in the wars in Iraq and Afghanistan.

V.I. Warshawski, the heroine of Sara Paretsky’s long-running series, is as much a private detective as she is a social justice warrior.

Kathleen Kent’s novels about Dallas narcotics detective Betty Rhyzyk explores how a cop deals with her desperate need for the support of her patient, devoted girlfriend and that of her police partner as she recovers from a near-death experience. But her default is to push away those she most needs. 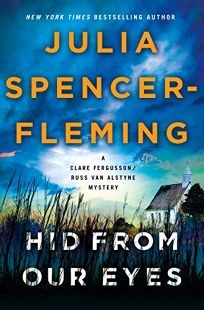 Prickly, socially inept film editor Marissa Dahl just doesn’t know how to deal with others. Never mind her habit of making inappropriate comments, no matter who she is talking to. Marissa also makes Elizabeth Little’s Pretty as a Picture an exciting locked-room mystery.

Sometimes that sense of isolation comes from other situations.

Take Linda Castillo’s series about Police Chief Kate Burkholder of Painters Mill, Ohio, whose jurisdiction includes the local Amish community. Raised Amish, Kate left the community, but always must acknowledge that a part of her will “always be Amish.” While she maintains much respect for the Amish, she also is aware of the problems that can fester among the people.

Adam Abramowitz’s series about a bicycle messenger is isolated in the genre just because that job may seem a most unlikely sleuth. But his character Zesty Meyers’ background also makes him an outsider—his mother was a revolutionary bank robber who went missing for decades, his father ran Boston’s best underground poker games and was a political fixer. And his brother, Zero, runs a moving and storage company that hires ex-convicts.

Rebecca James’ The Woman in the Mirror starts with a heroine who is isolated by several situations. In 1947, Alice Miller arrives at Winterbourne Hall, a mysterious manor located on the coast of Cornwall, to care for the twin children of moody widower Jonathan de Grey. This idyllic sounding location and job soon gives way to secrets that haunt the family.

Jess Montgomery’s beautifully plotted novels center on strong women facing impossible odds in the stark Appalachian Ohio coal-mining country during 1925. Montgomery’s novels, her debut The Widows (2019) with the equally perceptive The Hollows (2020), have the feeling of an old-fashioned Western. 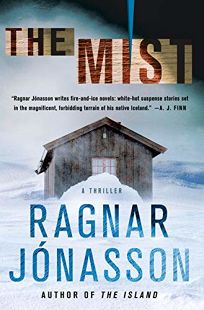 Joanna Schaffhausen’s three terrific novels revolve around Ellery Hathaway, forever haunted by being the only survivor of a serial killer who kidnapped and tortured her when she was 14 years old before being rescued by FBI profiler Reed Markham. Ellery changed her name and became a police detective, but those emotional scars have never gone away.

Rachel Howzell Hall’s series about LAPD homicide cop Elouise “Lou” Norton explores a woman always on the outside. That sense of aloneness also permeates her standalone They All Fall Down that pays homage to Agatha Christie but with a new approach and diverse characters.

Emotional isolation and a remote setting are at the heart of Owen Laukkanen’s new series about Former Marine Jess Winslow, a Marine veteran with acute PTSD, Mason Burke, a newly released convict and a mixed-breed dog named Lucy. All three are looking for refuge and redemption.

After a seven-year hiatus, Julia Spencer-Fleming’s return to her popular characters Episcopal priest Clare Fergusson and her husband, Russ Van Alstyne, police chief of Millers Kill, New York, is most welcome. Hid From Our Eyes illustrates how each is an important part of their community yet also isolated.

That’s just a few of the detectives and sleuths for whom isolation and being an outsider is part of their DNA.

Mysteries also let us travel to different worlds and cultures, making the world come to us.

Naomi Hirahara’s “Iced in Paradise” showed us the life of a multicultural family who live on the Hawaiian island of Kaua’i. Hirahara’s usual series is about  a Japanese-American gardener, Mas Arai, a survivor of the atomic bomb but American-born and now living in Los Angeles.

We can also travel to Iceland with Arnaldur Indriðason, Yrsa Sigurðardóttir, or Ragnar Jonasson; Paris with Cara Black; London with a variety of authors; Venice with Christopher Bollen; Ireland with Tana French or Olivia Kiernan; Vancouver with Sheena Kamal; Australia with Christian White or Jane Harper.

Again, that’s just a few of the places we can visit while we shelter in place.

Happy reading and, everyone, stay healthy.