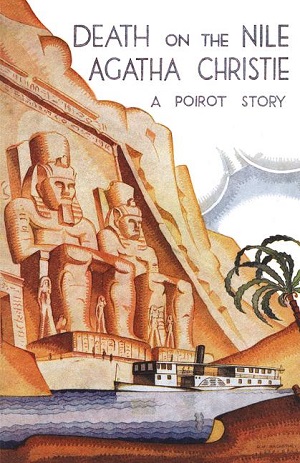 Almost daily, a new author comes along to add vigor to an already energized mystery genre.

And let’s not forget the myriad authors with long-running series who continue to keep us entertained with their stories.

But some authors never go out of style and those who brought us to the genre are still being read.
Like Agatha Christie.

According to various sources, the Queen of Mystery is still going strong.

And keep in mind that it is 100 years since the publication of her first novel and the first appearance of Hercule Poirot.

The hashtag #100yearsofChristie is now trending.

Here are some numbers:

- Christie’s novels have been translated into more than 100 languages.

- Two billion of her novels have been sold.

- Two million of Christie’s novels were sold in the English language last year.

- And Then There Were None is the world’s bestselling crime novel.

- The film Murder on the Orient Express was viewed by 48 million people in theaters.

- The new feature film Death on the Nile is scheduled to be released in movie houses on October 9, 2020.

And here’s some news. 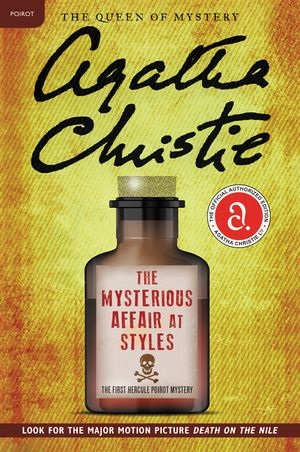 In January 2020, HarperCollins issued a new edition of The Mysterious Affairs at Styles. In this fully restored edition, Hercule Poirot solves his first case in the Agatha Christie novel that started it all. This new edition features a “missing chapter” and exclusive content.

The exclusive content includes a passage from The Mysterious Affair at Styles; “Creating Poirot,” a letter from Agatha Christie published in 1958; “Agatha Christie’s Favourite Cases,” an article written by Agatha Christie to introduce serialization of her novel Appointment with Death in the Daily Mail in 1938; “A Letter to My Publisher,” by Agatha Christie from the American Omnibus Hercule Poirot Master Detective (HarperCollins, 2016).

In addition, the reissue includes The Hercule Poirot Reading List and The Miss Marple Reading List, which includes the Top Ten Titles, a Reader’s Guide, and a Reader’s Challenge.

For those unfamiliar with Poirot’s first appearance, The Mysterious Affairs at Styles revolves around who poisoned the wealthy Emily Inglethorp and how did the murderer penetrate and escape from her locked bedroom?

In August, look for a movie tie-in edition of Death on the Nile and a classic edition is due out in September 2020.


Happy reading and, everyone, stay healthy.