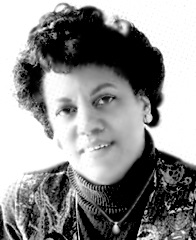 Amid the pandemic, writers keep writing because readers keep reading. It’s what we do and how we cope and get through life.

And reading is more important than ever.

Emerging writers who have a manuscript will be interested in the 2020 Eleanor Taylor Bland Crime Fiction Writers of Color Award, which is now open for submissions.

The award was created in 2014 with a bequest from Bland’s estate to support Sisters in Crime’s vision statement that the organization should serve as the voice for excellence and diversity in crime writing.

The award continues Sisters in Crime’s longtime mission to expand inclusiveness in crime fiction publishing and actively support the development of work by authors whose voices are underrepresented, according to a press release. The grant is intended for a writer beginning their crime writing career and will support activities related to career development including workshops, seminars, conferences, and retreats as well as online courses and research activities required for completion of their work.

Bland, who died in 2010, was the author of 14 crime fiction novels published between 1992 and 2007. Dead Time (1992) was the first in her series that revolved around Marti MacAlister, an African-American female police detective who was a trailblazer in the mystery genre and who often overturned stereotypes. Bland also published several works of short crime fiction and edited the 2004 collection, Shades of Black: Crime and Mystery Stories by African-American Authors.

Sisters in Crime was founded in 1986 by bestselling author Sara Paretsky and others to promote the ongoing advancement, recognition and professional development of women crime writers, now includes more than 4,200 members and more than 60 chapters worldwide.

Submissions are free and open to any emerging writer through June 8, 2020. The winner will be announced by July 15, 2020.

Since it began, the award has been a highly respected—and sought after—honor.

"As one of the most prolific writers of color in crime fiction, Eleanor Taylor Bland was an inspiration to many,” Sisters in Crime President Lori Rader-Day in a press release.

“With this grant, we hope to continue her legacy, supporting new and inclusive voices in our genre and launching many long-term publishing careers,” stated Rader-Day, whose latest novel is The Lucky One. 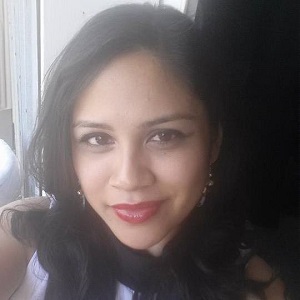 In an email to Mystery Scene, Rader-Day added, “Our goal is to support new voices in crime fiction, give them early access to the rich crime fiction community, and help them launch what we hope will be a long-term publishing career.”

Mia P. Manansala, left, who won the award in 2018, will be launching her writing career with Arsenic and Adobo, the first in the Tita Rosie's Kitchen Mystery series, an #ownvoices Filipino American culinary cozy set in a fictional Midwestern town. Berkley/Penguin Random House acquired the first three books with plans to release the first one in 2021.

The series follows Lila Macapagal, a young woman suffering from big-fish-in-a-small pond syndrome. She returns to her small Midwestern town to escape a failed relationship, only to have to deal with her family's declining restaurant, a gaggle of matchmaking aunties, and her jerk high school sweetheart who has the bad taste to die in her family restaurant.”

Manansala, who lives in a Chicago suburb, sees this award as a way the mystery community can continue Eleanor Taylor Bland’s mission.

“Eleanor Taylor Bland saw crime fiction as a vehicle to express the complexities of society and the broad spectrum of identities in the U.S. She wrote primarily African-American characters, which gave us a glimpse into lives that before were either on the periphery or wholly ignored in crime fiction,” wrote Manansala in a blog on her website.

“I’d love to do the same with Asian-American characters. My protagonists are Filipino-American not because their ethnic background is a necessary plot point but because we exist. I populate my worlds with people of different sexualities, ethnicities, and social and religious backgrounds. Not to be “PC” or hop on the “diversity trend”—which, by the way, please stop calling us a trend as if we were vampires, fairy tale retellings, or dystopian elements that will soon cease to be “in”—but because that’s the world we live in,” continued Manansala.

“That’s why this award means so much to me and is so important to the mystery world—if crime fiction is meant to comment on society, then it should be inclusive of all of society. I write about the world I live in yet never get to see. Because if I don’t tell my stories, then who will?” continued Manansala, who also won the 2018 Hugh Holton Award, the 2017 William F. Deeck - Malice Domestic Grant for Unpublished Writers, and the 2016 Mystery Writers of America/Helen McCloy Scholarship. She's also a 2017 Pitch Wars alum and 2018-2019 mentor.

This year’s judges are Rachel Howzell Hall, Alex Segura, and Jessica Martinez, who was last year’s winner and is still working on her debut novel.

The award is highly prized, added Howzell and Segura, both of whom expressed gratitude to Sisters in Crime.

“Nothing like the Eleanor Taylor Bland Award existed as I started my writing career,” said Howzell Hall in an email.

“Back then, it was nearly impossible to even meet writers of color who penned mysteries and crime stories. If I’d had access to this award, I would’ve had additional resources to pay for conferences and on-line workshops—to learn the skills and to also meet the wider mystery/crime-writing community. I’m honored to judge this contest alongside Alex, and I look forward to helping nurture the career of a new writer in this genre. Thank you, Sisters in Crime, for your vision and for your commitment to uplifting diverse voices,” she added.

“Judging the Eleanor Taylor Bland Award is a huge honor, and it allows me to give back to the community of writers and readers that have helped me so much in my career,” said Segura in an email.

“I wish this award existed when I was starting out, as it would've made a huge difference. I know Rachel and I are eager to aid an up-and-coming writer in their journey, and having this award gives us the tools to do that in a meaningful way. Huge thanks to Sisters in Crime for making it possible," he added