You Do What at Work?!
Oline H. Cogdill 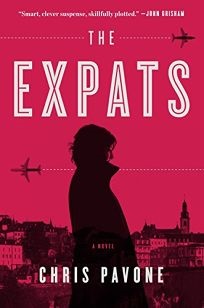 As most of us have been working at home, a new reality has emerged: Many couples have no idea what their partner does.

You may know that the other person goes to work every day.

You may even know the name of the business where person works. Probably even the address.

But do you actually know what he or she does?

How they fill up those hours? Who do they interact with? What constitutes a job well done? Even do they go to work?

This was the subject of a recent New York Times article in which several couples mentioned that, while they know their partner so well, they can’t really say what their job is.

I don’t think that is uncommon. I was talking with my favorite cousin a few weeks ago and he mentioned that his daughters’ husbands were still working. But he wasn’t quite sure what those jobs entailed.

I remember a conversation with neighbors when I was just a couple years into my career as a journalist. What do you do all day, they asked. When I explained that I interviewed people, wrote articles, thought up story ideas, well, let’s just say they still didn’t get it.

Chris Pavone took this idea and turned it into his debut The Expats, which won the 2013 Edgar Award for best first novel. In The Expats, Kate Moore resigns her job to follow her husband Dexter from Washington, D.C., to Luxembourg where he has a lucrative job offer.

A financial systems expert, Dexter’s skills are in high demand. But Kate’s skills are even more valuable—she’s a CIA operative, though her husband knows nothing about that.

In Luxembourg, Kate plans to leave her spying days behind and concentrate on her family, which includes their two sons.

But Kate isn’t the only with secrets. Dexter may be a thief who has stolen millions through online banking transactions, drawing Kate back to her old job.

Pavone mixes the spy novel with a tense domestic drama, keeping his character believable. The reader totally buys into how they have kept their double lives secrets.

Granted, most of us don’t have a spy or a thief for a partner.

At least I hope we don’t.

But what The Expats pinpoints is that we get so caught up with just the daily details it is easy to neglect or even ignore the big picture.

Just getting out the door—when we could get out the door—is a trial in itself, one which I think each of us would welcome again.

Secret lives have been the foundation of many a mystery. Maybe that’s why they are called mysteries!

In True Lies, Jamie Lee Curtis had no idea that her husband, played by Arnold Schwarzenegger, was a secret agent.

Law & Order: Criminal Intent had a plot in which a man told his family he worked at the United Nations when, in fact, he spent much of his days in the park. Those secrets, of course, led to murder.

So many secrets—the details of a job just seem mild.

How often do we learn that killers have kept their proclivities from their family, friends and neighbors. Think BTK or Ted Bundy. Remember the phrase we hear so often—“but he was such a nice guy,” who, of course, always kept to himself.

Many husbands or wives keep their affairs secret or drain the family bank accounts to cover their undetected gambling habit.

For the record, I know exactly what my husband does since he also is a journalist. And he knows what I do, too.

My husband is now a theater critic. Although theaters are on hiatus, he is finding many things to write about theater, like a true journalist.

Either that, or he is a CIA operative.