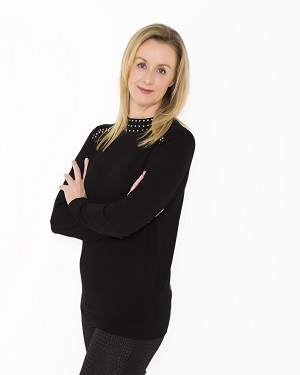 Michelle Dunne was born in Cork, Ireland, and grew up in the picturesque harbor town of Cobh where she spent the majority of her childhood on the water, along with every other kid in town, as a member of the local rowing club (not the serene, posh looking kind, but the kind undertaken by hardy fishermen). She achieved All-Ireland success before beginning her five-year career in the Irish Army, during which time she went from recruit, to infantry soldier, to UN Peacekeeper in Lebanon, to instructor back in Ireland and loved every minute of it.

Dunne now brings physiotherapy and staff training to senior citizens and those who care for them in nursing homes and hospitals all over Munster. She lives in Cobh with her husband, Dominic, and their daughter, Emily.

In this essay, Dunne discusses her decision to join the Irish Army and how those experiences inform her writing.

Nobody Is Watching delves into the dark world of PTSD with her character, Corporal Lindsey Ryan, who is a battle-scarred soldier struggling to find a place in her new world.

‘Will you bring me back some cheap gold, or a few bottles of knock-off perfume? I’ll fix you up when you get back.’

‘Thank God you’re only peacekeeping. At least no-one will be shooting at you.’

These were just some of the major concerns/conversation topics from civilian friends and acquaintances in the weeks before I deployed to Lebanon with the UN, because that was as much as they knew about what went on during peacekeeping missions, and they weren’t completely wrong.

Yes, sometimes the climate was better than at home in Ireland, so tanning of the face, neck and lower arms was possible, though not with my skin tone. Yes, there were some entrepreneurial locals who sold just about any item, gold or otherwise, that you could possibly want. 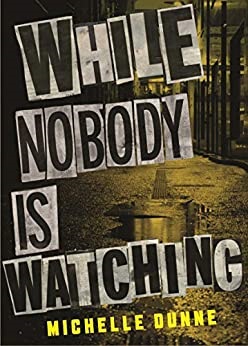 As for taking [demeaning behavior] from the men? Well, I just smiled and nodded in return to that one. I was deployed with B-Company. The caliber of human beings I served with was second to none, but as a minority (of one), I suppose could see why people felt the need to focus on it.
But here are some of the things that the people at home never talked about:

The lack of sleep thanks to the shelling that took place almost on a nightly basis.

The red tracer rounds that lit up the night sky above us.

An Irish company being pummeled by heavy artillery, blowing out generators, leaving craters in the road, direct hits to just about every corner of the tiny camp that they called home.

The unexploded mortar round that would have taken out an occupied accommodation block had it functioned as it should have.

The adrenaline that courses through the body as you call in a Med-Evac for two of your friends, while also having to state that the area was still red, meaning that the Med-Evac couldn’t come any time soon.

The feeling of relief and camaraderie the next day as camp gets re-built and jokes are cracked about, ‘The look on your face when...’

These are the situations soldiers are very well trained for. Civilians don’t talk about them much, because they don’t really know.

These aren’t things that soldiers pick up the phone about. No one wanted their parents, partners, friends, families worrying about their safety, so if the story doesn’t make the news, then they never know. If it does, then the standard response is along the lines of, “Oh that was miles away from where I am.”

So what about the bits that the army can’t train you for? Did you know that a rumor can make it from Ireland to Lebanon or vice versa, faster than Uber Eats can deliver a curry? I’ve seen soldiers much stronger than me almost drive themselves insane about the fact that their partner was “Seen with someone else.”

Men have come off the phone from their wives after being told that the bailiffs were at the door, threatening to take away their family home. A soldier whose kid was being bullied at school. Parents with health problems, relationships breaking down... the list goes on and what can anyone do about it?

It’s all happening thousands of miles away and a soldier’s head needs to be very much in the game when they work in a war zone.

Soldiers often return home to a very different reality to the one they left. But even if everything at home is the same, they see things differently now because of the experiences they’ve had, and other people can never really understand any of it.

Simple things like walking through the aisles of your local supermarkets while your partner discusses the merits of custard creams over Hobnobs, can feel very, very wrong all of a sudden now that you know what’s going on in that tiny village that no one else in the biscuit aisle has ever heard of. Add to that our culture of not talking about any of it, particularly if it becomes a struggle, and there you have it!

While Nobody Is Watching tells the story of Lindsey Ryan, a former soldier trying to adjust to civilian life three years after being severely injured on a UN patrol in Syria.

Forging a new career with people who know nothing about any of it is all she can think to do to survive.

Keeping her PTSD to herself is priority, but the manner in which she chooses to counteract it will eventually cause her two worlds to collide.