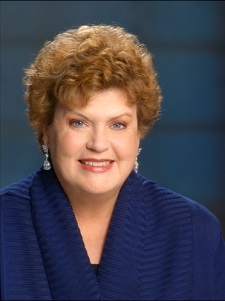 Authors Charlaine Harris and Jeffery Deaver have been named the 2021 Grand Masters and the Malice Domestic conference will receive the Raven Award, the Mystery Writers of America (MWA) announced today.

They will receive their awards at the 75th Annual Edgar Awards Ceremony, which will be held April 29, 2021.

“Over the course of decades, Deaver and Harris have gripped tens of millions of readers while broadening the reach of the genre with transformative books—notably, Deaver’s Lincoln Rhyme series, and Harris’s Sookie Stackhouse novels—and while generously encouraging and supporting fellow writers and the reading public. We’re delighted to recognize their achievements,” stated MWA President Meg Gardiner in the MWA announcement.

MWA’s Grand Master Award represents the pinnacle of achievement in mystery writing and was established to acknowledge important contributions to this genre, as well as for a body of work that is both significant and of consistent high quality, according to the organization’s announcement.

Jeffery Deaver has published more than 40 novels since the early 1990’s, including two series besides the Lincoln Rhyme novels, numerous stand-alone and short story collections.

In the MWA announcement, Deaver said, “When I was a (relatively) young writer new to this business of penning novels, many years ago, the first professional organization I joined was Mystery Writers of America. Signing on felt to me like coming home—being welcomed into a community of fellow authors willing to share their expertise and offer support in a profession that was largely, well, a ‘mystery’ to me. 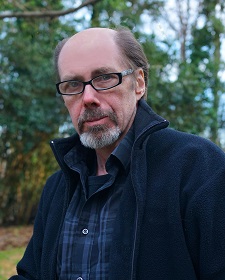 “Besides, how could I not join? MWA was the real deal; for proof, one had only to look at those in the ranks of the Grand Masters: Agatha Christie, Rex Stout, Ellery Queen, James M. Cain . . . and so many others whose works populated my bookshelves. Yet it never once occurred to me, in all my years as a member and my two terms as president, that I might be invited into those very ranks. I wish to express by boundless gratitude to MWA for this honor, which stands, without question, as the high point of my career,” he added.

Charlaine Harris has published 13 novels in the Southern Vampire series (adapted into the popular HBO series True Blood), which proved so popular that at one point her novels took half of the top 10 slots on New York Times’ bestseller list. Her other series include the Aurora Teagarden novels, the Lily Bard (Shakespeare) books, the Midnight Texas trilogy (adapted for television) and numerous others, as well as several standalones.

Harris said in the announcement, “This is like winning the lottery and the Pulitzer Prize in one day. I am so honored and thrilled to join the ranks of revered writers who are Grand Masters. I thank the MWA Board from the bottom of my heart.”

The Raven Award recognizes outstanding achievement in the mystery field outside the realm of creative writing.

For 2021, Mystery Writers of America selected the Malice Domestic mystery conference, founded in 1989 and held every spring since. Malice Domestic focuses primarily on traditional mysteries, their authors and fans, and also presents the Agatha Awards, with six categories.

“Who says Friday the 13th is an unlucky day?” said Verena Rose, currently chair of the Malice Domestic Board of Directors. “Certainly, not me. This morning I received a call from Greg Herren, Executive Vice President of Mystery Writers of America, letting me know that Malice Domestic has been selected to receive the Raven Award in 2021. What an absolutely, amazing surprise and as the Chair, I can’t wait to give my fellow Board members the news. This is an honor we are beyond thrilled to receive.”

I have to add that the Raven is my favorite category—and for a selfish reason. I was honored with the Raven in 2013 and make sure I look at the lovely bird every day.

The Edgar Awards are named after MWA’s patron saint Edgar Allan Poe and are presented to authors of distinguished work in various categories. MWA is the premier organization for mystery writers, professionals allied to the crime-writing field, aspiring crime writers, and those who are devoted to the genre.

The organization has some 3,000 members including authors, screen and television writers, publishers, editors, and literary agents.

For more information on Mystery Writers of America, please visit the website: www.mysterywriters.org