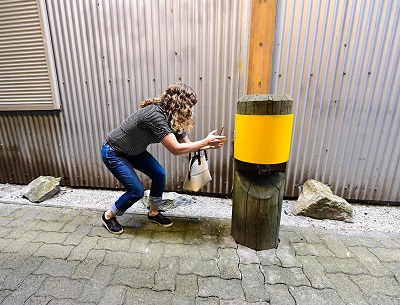 There’s an art heist going around the country—and insightful sleuths are needed to solve the crime.

The Art Heist Experience is an interactive true-crime show inspired by the theft of 13 works of art worth $500 million from Boston’s Isabella Stewart Gardner Museum in 1990. During the play, masked audience groups walk around the crime scene, interviewing “suspects,” then come the solution. Plenty of evidence and clues are scattered about, and, of course, a number of red herrings.

Art Heist Experience combines two of my favorite things—mysteries and live theater. And for those of us who desperately miss live theater, this is a start to getting back to it. As well as the theatrical experiences, the productions also are planned with safety in mind. Masks are required, the productions are, for the most part, outside and the new "detectives" are arranged in small groups of 10 or less.

The real crime behind Art Heist Experience occurred during the early morning of March 18, 1990, when two men posing as police officers entered Boston’s Isabella Gardner Museum. They tied up the guards and during the next 81 minutes pulled off one of the most daring thefts in history. The stolen 13 pieces of art valued at $500 million have never been recovered, nor have arrests ever have been made.

Police, FBI, Interpol, art investigators and crime enthusiasts from all over the world have researched for decades and failed to solve this brazen and unusual puzzle, according to news reports.

While interactive productions often look like a free-for-all, these generally are well calibrated. During the 90-minute event, “sleuths” take a journey through the streets of the various cities to meet the characters, hear their stories and ask questions—also known as interrogating—to “zero in on the criminal mastermind,” according to a press release. 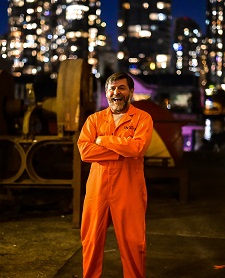 Each group will come up with the best theory of who did the crime, and what really happened. The productions are staggered to begin every half hour so throngs of detectives are not tripping over each other.

During Art Heist Experience, each production has a coordinator who will keep the action going smoothly as well as taking notes on those actors who receive the most “guilty” votes.

As a bonus for theater goers, each production is cast locally. This is not a national tour. At the Broward Center in Fort Lauderdale, the cast includes Hester Kamin, Amy Lee Gonzalez, Randall Swinton, Jesse Castellanos, Daniel Llaca, Stephanie Manner, Jeremy Quinn and Ernesto Gonzalez.

Art Heist Experience is being produced around the country, ending a run in Toronto during May. It has had a successful run in each city it has played, including a sold-out run during the Vancouver Fringe Festival.

The production was created by Justin Sudds of Right Angle Entertainment, and co-written and co-directed by TJ Dawe and Ming Hudson. Dawe also is developing another interactive show based on the board game Clue.

Art Heist Experience will play the Arsht Center, 1300 Biscayne Blvd., Miami, from March 16 through April 1-4; another production will play at the Broward Center, 201 SW Fifth Ave., Fort Lauderdale, from March 16 through April 4; performances begin every half-hour on a varying schedule, so check websites for exact times; tickets start at $43 at the Arsht Center, $39.50 to $44.50 at the Broward Center; visit arshtcenter.org or call 305-949-6722 for Miami tickets; visit browardcenter.org or call 954-462-0222 for Fort Lauderdale tickets.


Photos were taken at various locations on Granville Island during the Vancouver production. Photographs by Diane Smithers