New York Times bestselling author Susan Elia MacNeal is is best known for her Maggie Hope mysteries set during WWII and featuring her remarkable female code-breaker/British operative. (2021's The Hollywood Spy, comes out in paperback this month.) But with Mother Daughter Traitor Spy, a historical thriller set in Los Angeles in the early 1940s and based on real-life events, MacNeal offers mystery readers her first standalone.

The main characters, Veronica and Violet Grace, are an ordinary German American mother and daughter who daringly go undercover to investigate the “California Reich,” a group of Nazis active in the United States. I was lucky enough to review it for Mystery Scene and was captivated by the strong female characters, historical setting, and still-timely themes.

Jean Gazis for Mystery Scene: What was your jumping off point? What drew you originally to the mystery genre, to focusing on the WWII era, and in turn, to this particular story?

Susan Elia MacNeal: True stories—and both involve the Muppets! Bear (really!) with me, my husband was starring as Bear in the Disney Channel’s show Bear in the Big Blue House and was asked to promote the show in the UK for two months. I tagged along and went to the Churchill War Rooms—the catalyst for writing Mr. Churchill’s Secretary and completely changing my life!

Then a few years ago the husband was performing as Sweetums for The Muppets Take the Hollywood Bowl in Los Angeles and he picked up a copy of Steven J. Ross’ non-fiction Pulitzer Prize-nominated book, Hitler in Los Angeles: How Jews Foiled Nazi Plots Against Hollywood and America for me at the airport bookstore. I’d never heard about the Nazi movement in Southern California, and The Hollywood Spy was inspired by revelations from this book.

But even as I was writing, I was further intrigued by the true story of a mother and daughter, named Sylvia and Grace Comfort, who made incredible sacrifices to go undercover in American Nazi organizations in Southern California. (Veronica actually has a tiny scene in Hollywood Spy!) These are the two women who inspired my first standalone, Mother Daughter Traitor Spy. 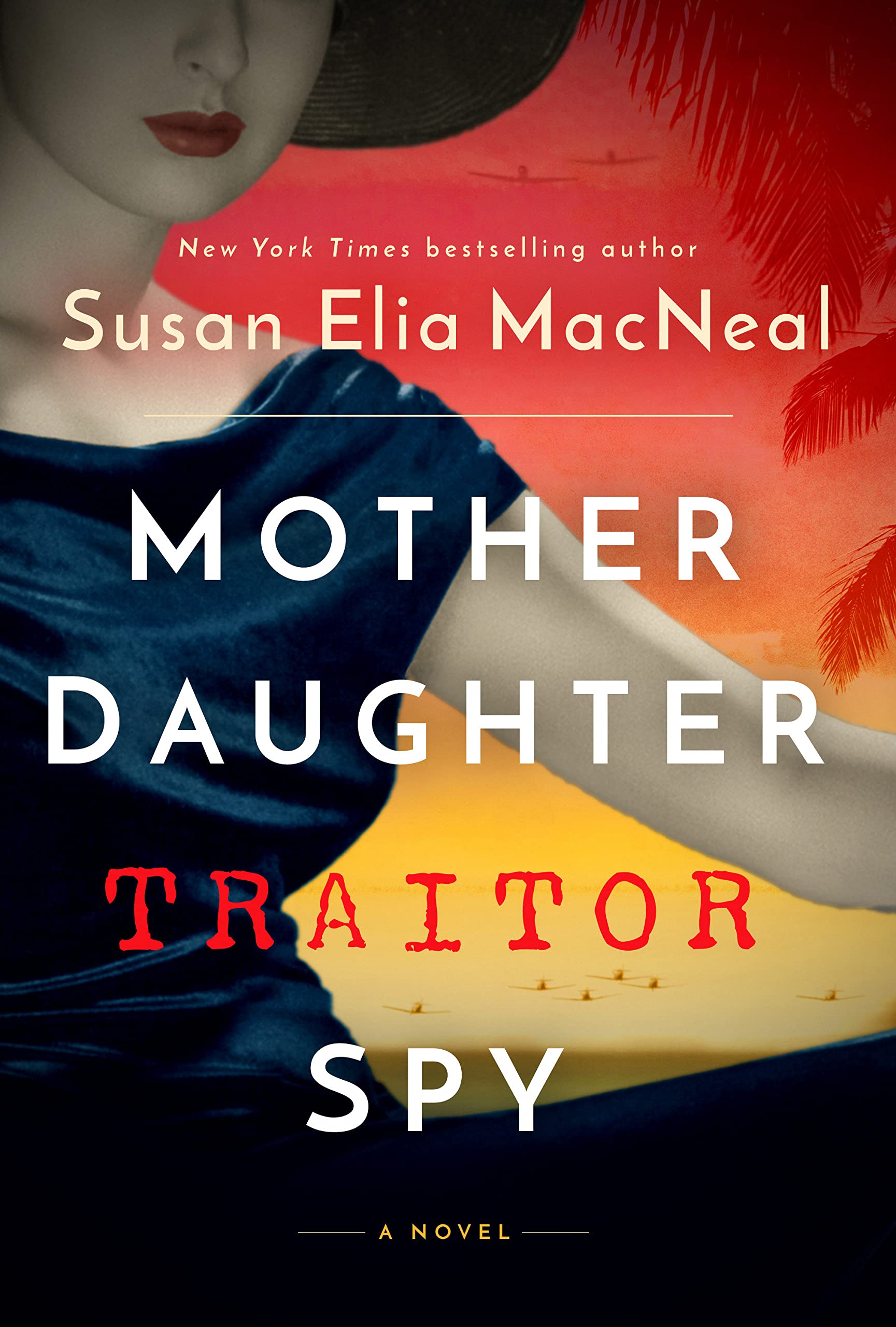 This story illuminates an aspect of the United States WWII history that deserves to be more widely known and is still sadly relevant today—patriotism for a diverse, democratic United States versus patriotism for a white, Christian, authoritarian America. How much did you know about the American Nazi movement before writing this book, and how did you approach your research for it?

I knew very little and the little I did know was about Nazis and American Nazis in New York City (and mostly from fiction, namely the film The House on 92nd Street). But I did see Marshall Curry’s Academy Award-nominated documentary short film, A Night at the Garden, edited from archival footage from 1939, when 20,000 Americans rallied in New York’s Madison Square Garden to celebrate the rise of Nazism—an event largely forgotten from American history.

When I started my research, I went directly to the primary source material Ross used, the extensive Los Angeles Jewish Community Relations Committee archives files held at California State University at Northridge. Because of COVID, I worked closely with one of the librarians (a true hero) who photographed, literally, multiple boxes of old letters, memos, notes, and ephemera so I could learn more about Sylvia and Grace Comfort’s experiences, often in their own words.

Veronica aspires to be a writer who makes a difference, idolizes journalist Martha Gellhorn, and keeps a book of observations that she might use in her own future writing. Are there particular writers whom you admire in the same way? What was it like to write about an aspiring writer from the point of view of a successful one?

I’d read Janet Somerville’s wonderful book on the letters of Martha Gellhorn, Yours, for Probably Always, and it definitely inspired me to write a journalist character. Hearing Gellhorn’s voice in her letters was certainly a jumping-off point for me. And I do admire her, just as much as my character Veronica does. Veronica’s a journalist and I’m a novelist, so it’s two very different kinds of writing, but I vividly remember being an aspiring writer and tried to impart Veronica’s journey with some of that passion.

Vi and Veronica certainly don’t set out to do anything heroic. Like many real-life heroes, they begin by simply doing what they feel is right. Do you think true heroes are always just ordinary people doing what they believe they must?

Heroes are real people who take a stand in difficult and dangerous times. I think heroes can be world leaders and royalty, for sure, but I’m personally more interested in so-called “ordinary people” who chose to act in heroic ways. (Although they don’t always see what they’re doing in that light.)

Why did you give Violet a suffragist background that Veronica was unaware of? Do you think participating in movements like women’s suffrage is one of the ways that people who aren’t considered historic figures actually do change history?

I was listening to the wonderful podcast She Votes! hosted by Ellen Goodman and Lynn Sherr when I was doing research. When figuring out Violet’s birth year, I realized she was the perfect generation to be a young suffragist. And once I figured out that backstory detail, everything clicked for me in terms of knowing Violet and what would give her the strength to go undercover.

One difference between this book and your Maggie Hope mysteries is that in this one, most of the characters are based on real people, but the significant historical figures who are mentioned, such as Charles Lindbergh and FDR, never actually appear in the story the way they do in the series. Why did you make that choice?

Ah, you noticed! Yes, because Veronica and Violet Grace are based on the real-life women Sylvia and Grace Comfort, I wanted to stick close to their actual story. They wouldn’t have had any access to President Roosevelt or Charles Lindbergh or anyone like that. And they are also unmarried women who were short on money—so they don’t go to the glamorous restaurants and dance clubs Maggie and her friends go to.

It felt like painting with a different color palette. I really wanted to show how these women would take the Red Car and grab a sandwich at the Automat and worry about their finances, because that’s how I picture the Comforts living. (There’s actually a nod to the cameos in Maggie’s world when Veronica and Vi go out to dinner in Santa Monica and see Vivien Leigh and Clark Gable’s stunt doubles from Gone With the Wind. Apparently, they really did get married after the film and moved to Santa Monica. But Veronica and Vi run into the doubles, not the real celebrities.)

The two women seem to take opposite paths in their own growth, Vi becoming bolder and more decisive, Veronica reining in her passionate impulses. Their relationship also changes as they begin to see each other in a new light, for example when Veronica realizes—to her surprise—that her mother is really good at playing her undercover role. Do you plan your character arcs in detail, or do they evolve as you write?

I definitely wanted Veronica and Violet to be foils for each other. When we meet Veronica, she’s all youthful energy, flash, and ambition, while her mother is more of a (sorry) shy Violet facing an empty nest and a mid-life crisis. Both women go on personal journeys. One of the things that was fun for me was writing Vi, who’s just turned 50—a heroine with hot flashes!

Did you visit the Murphy Ranch before or after writing that part of the story? What was it like visiting the spot where such dramatic events took place, both in history and in your book?

Because of COVID and travel restrictions, I visited the Murphy Ranch after I wrote the scenes, more or less when the book was done. It’s an eerie place, despite the natural beauty surrounding it. After spending some time there, looking around and feeling the atmosphere, my hiking friend and I were relieved to leave and get away from it. I think it’s especially unnerving to visit in 2022, when white nationalism is again on the rise.

Why did you feel it was important to include such detailed historical notes and references at the end of the book?

I’m a bit of a history geek and I always want people to know where I found things, so if they’re like me, and want to know more, they know where to go. I also really like to give sources for things I mention, as so many of my plot points might seem far-fetched and over-the-top. But they’re rooted in actual facts! Truth really is stranger than fiction. With this book especially, I wanted to note all the sources and the process, because I don’t think most people are familiar with Nazis in Los Angeles before and during World War II, and I definitely wanted to show that it’s all based on real people and facts.

I’m sure many readers would enjoy spending more time with the book’s characters, who have such compelling personal journeys. Do you think you might write about them again, or would that stray too far from the actual history?

We really don’t know much about what the Comforts did after they worked as spies. There’s nothing (as far as I can tell, and I’ve done serious research!) on Grace Comfort, the inspiration for Violet. Sylvia, the inspiration for Veronica, eventually went to Washington and became a secretary for a politician.

But as for Veronica and Violet, you never know. Just as Veronica made a cameo in The Hollywood Spy, I’m hoping maybe she and Maggie Hope can meet again in a future novel—perhaps as Veronica covers the D-Day invasion alongside her heroine Martha Gellhorn? 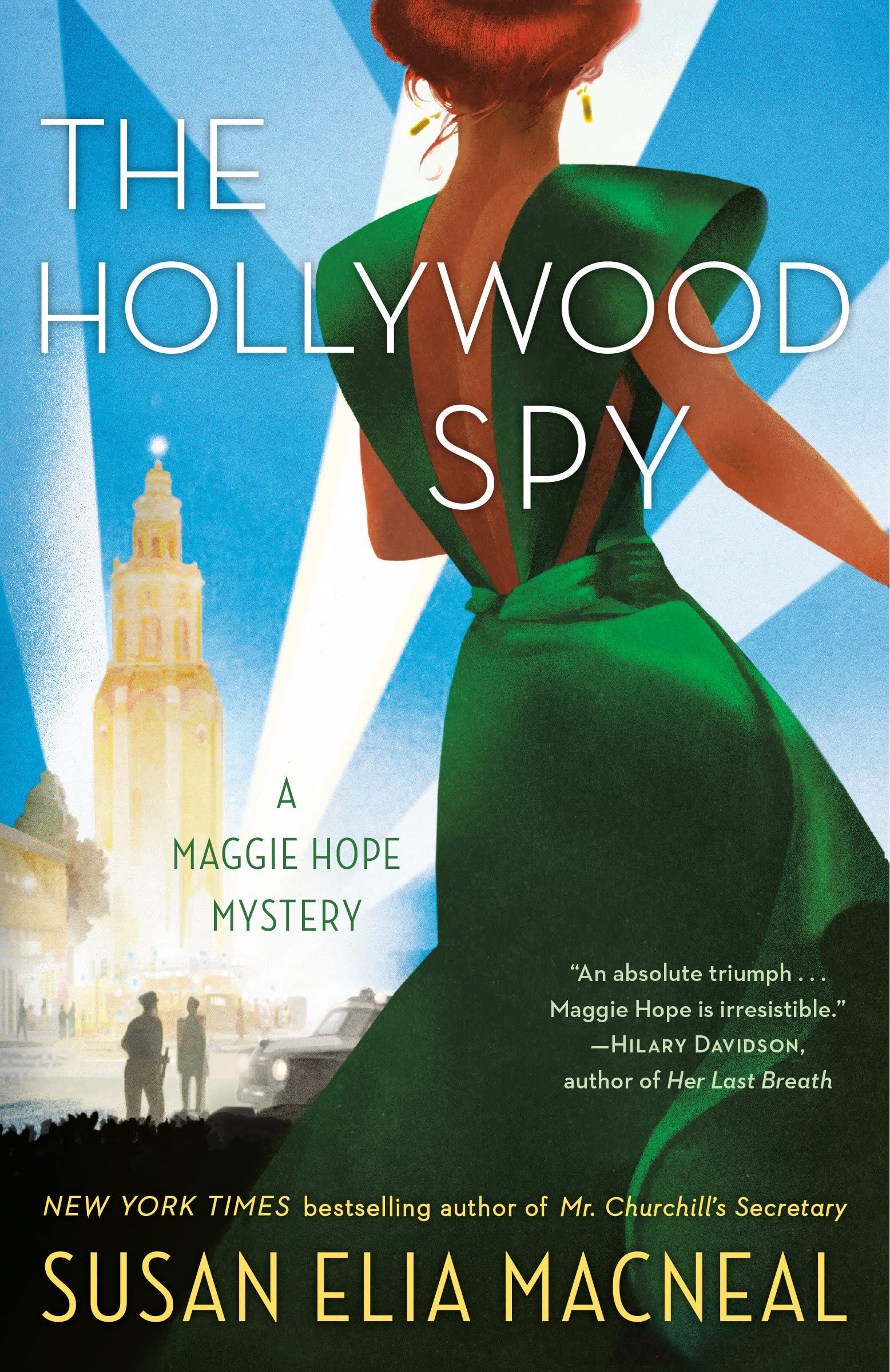 What are you working on now? What can readers of Mother Daughter Traitor Spy and the Maggie Hope series look forward to next (besides the paperback debut of The Hollywood Spy)?

Now I’m back to Maggie Hope and her friends—Maggie’s newest adventure will find her in Madrid alongside Coco Chanel, who’s working as a Nazi agent. This is also rooted in fact (see Hal Vaughn’s Sleeping With the Enemy), so expect a thrilling ride and then plenty of end notes to let you know what’s real!