Welcome! This is my debut column. I’m excited to be on the case tracking nonfiction titles for Mystery Scene. My opener features works about Golden Age legends and a contemporary genre superstar, plus a pair of infamous murderers whose nearly century-old crime continues to warrant serious scrutiny. 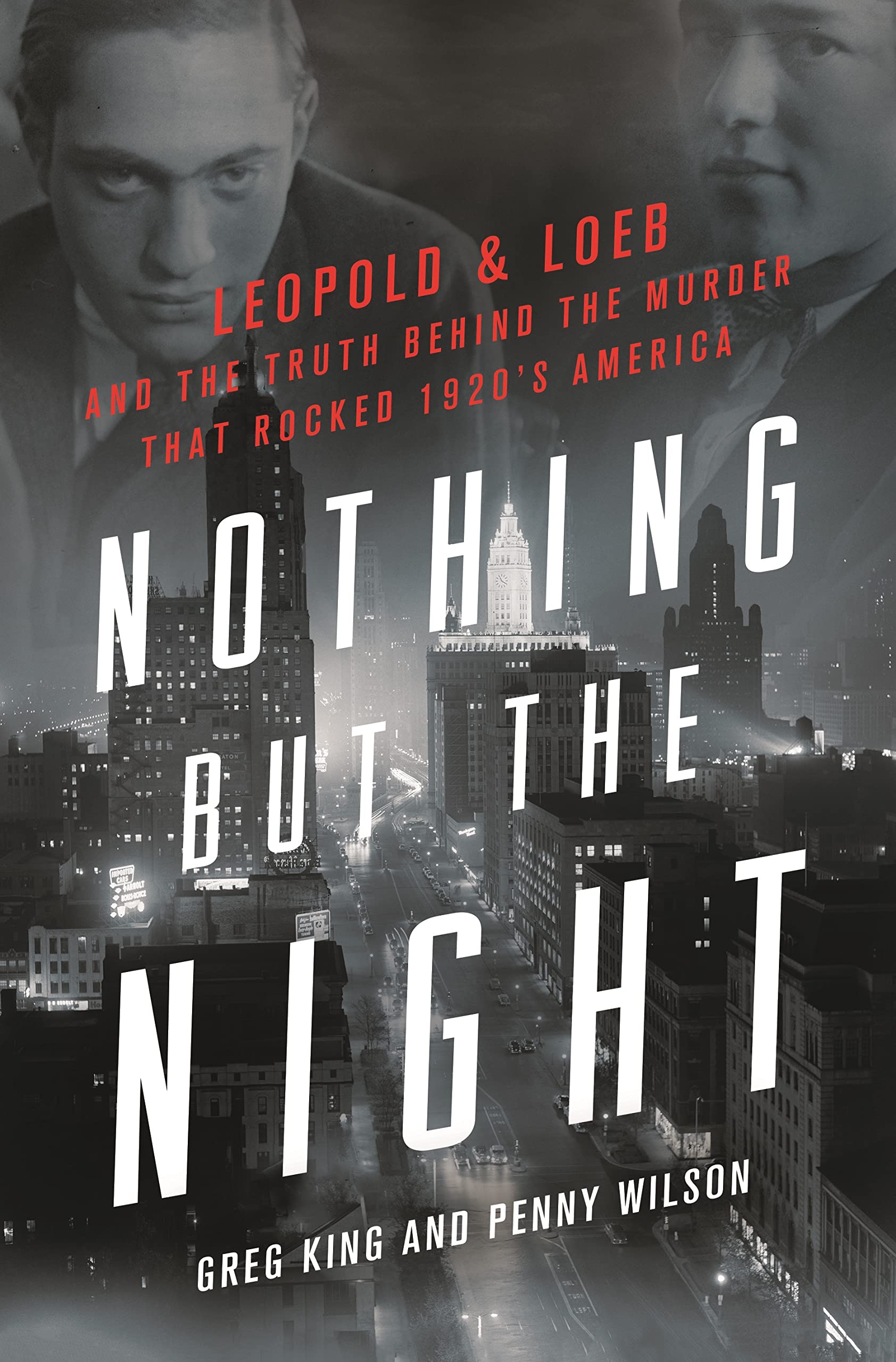 Nothing but the Night: Leopold & Loeb and the Truth Behind the Murder That Rocked 1920s America
by Greg King and Penny Wilson
St. Martin’s Press, September 2022, $29.99

Nothing but the Night: Leopold & Loeb and the Truth Behind the Murder That Rocked 1920s America is a compelling examination of a 1924 kidnapping and murder that was so troubling, so perplexing, it altered the perception of crime and criminals.

The authors, who previously teamed for The Last Voyage of the Andrea Doria (2020), explore the complex Leopold-Loeb friendship, the machinations behind their crime, the ensuing investigation and trial, and its strange aftermath. Original source materials, including court records, were re-examined; modern forensics were applied.

Poor Bobby Franks, whose prize possession was a baseball autographed by Babe Ruth, had just finishing playing ball when he happened into view as the would-be kidnappers cruised an upscale neighborhood. No matter that the 14-year-old was Loeb’s second cousin.

Sons of affluence, college students Nathan Leopold and Richard Loeb carried out the brazen kidnapping and ensuing brutal murder simply for the thrill of it—then turned on each other during the trial that riveted their Chicago hometown.

Once arrested, the two became celebrities—giving breezy jailhouse interviews, and having outside meals and cigarettes delivered to their cells. If they were oblivious to the seriousness of the charges against them, their wealthy parents weren’t. They enlisted defense attorney Clarence Darrow.

For the first time, psychiatry played a role in a major trial. (At one point the Hearst newspaper attempted to coerce Sigmund Freud to attend and comment on the proceedings.) An array of “experts” dissected the defendants’ volatile relationship and their “perversions”—a code word for homosexuality. The media invited phrenologists and astrologers to weigh in.

Darrow’s grandstanding saved the duo from the death penalty, but the authors ably refute accounts that his closing argument was a masterwork of oratory. They also argue against the long-held theory that Loeb was the duo’s driving force. Following Loeb’s savage death in prison, Leopold literally rewrote history, granting interviews and producing an autobiography in which he pointed the finger at a man no longer able to counter his assertions.

A significant work about what was dubbed “the crime of the century”—a case that continues to resonate, having inspired countless TV shows, movies, and mystery title—Nothing but the Night will appeal to both serious students of crime, as well as true crime buffs. 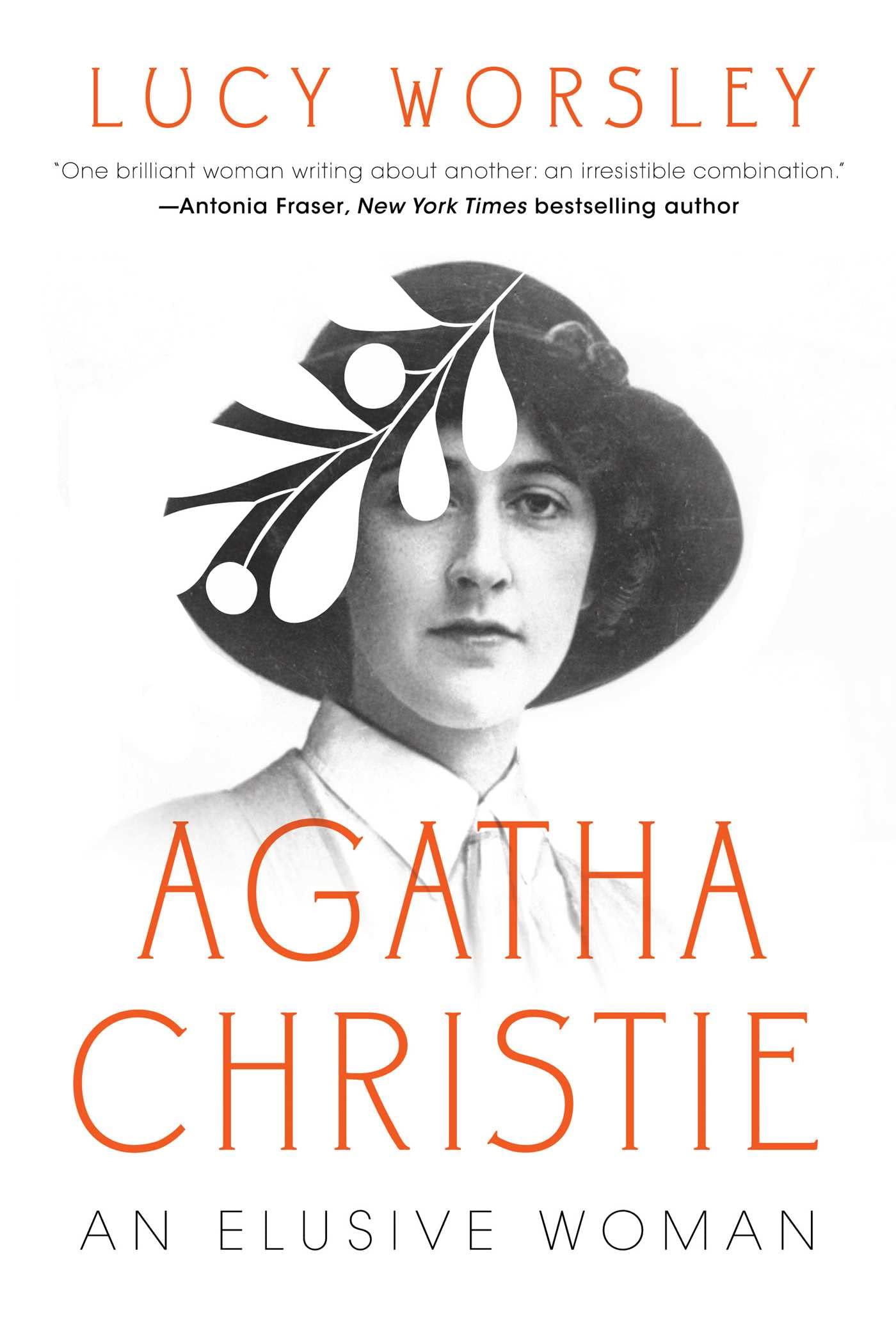 Agatha Christie: A Very Elusive Woman reveals the whos and whys behind the queen of crime, a woman who hid her complexities beneath the guise of being ordinary. Imagine, when prompted to clarify her profession on official forms, Christie used to write “housewife.”

This engaging biography is exhaustively researched (the 30 pages of source notes are in teensy type) and appropriate for both fans and rookies alike. Popular British historian Lucy Worsley convincingly links Christie’s life events to the storylines and characters that made her a worldwide brand.

Some of the details of Christie’s life are familiar—including the time she spent working as a Red Cross volunteer in a hospital pharmacy during World War I (and later, World War II). No wonder she had knowledge of lethal toxins—or that they would inevitably permeate her works. (Of her 66 detective novels, 41 deal with a murder or attempted suicide by poisoning.) Previous biographies have also chronicled Christie’s two marriages, including her travels to and from Iraq with second husband-archaeologist Max Mallowan, who was 14 years younger.

But Worsley does more than move with Christie through early family turmoil, motherhood, the chapters of her writing career (the 1930s were Christie’s zenith), and pressures wrought by fame (including Christie’s controversial 1926 disappearance, which occurred not long after her first husband asked for a divorce). She assiduously underscores the constraints, challenges, and social mores of the time, providing context for Christie’s 85-year life.

Here and there Worsley sounds a bit like a tipsy fangirl—as when she calls the young Agatha “a total man-magnet”—but she doesn’t sidestep Christie’s flaws, personal and professional (e.g., Christie’s antisemitism led to her American publisher asking for revisions). Like one of the legendary mystery writer’s own well-crafted characters, Christie is ever-worthy of scrutiny—a total biographer-magnet. 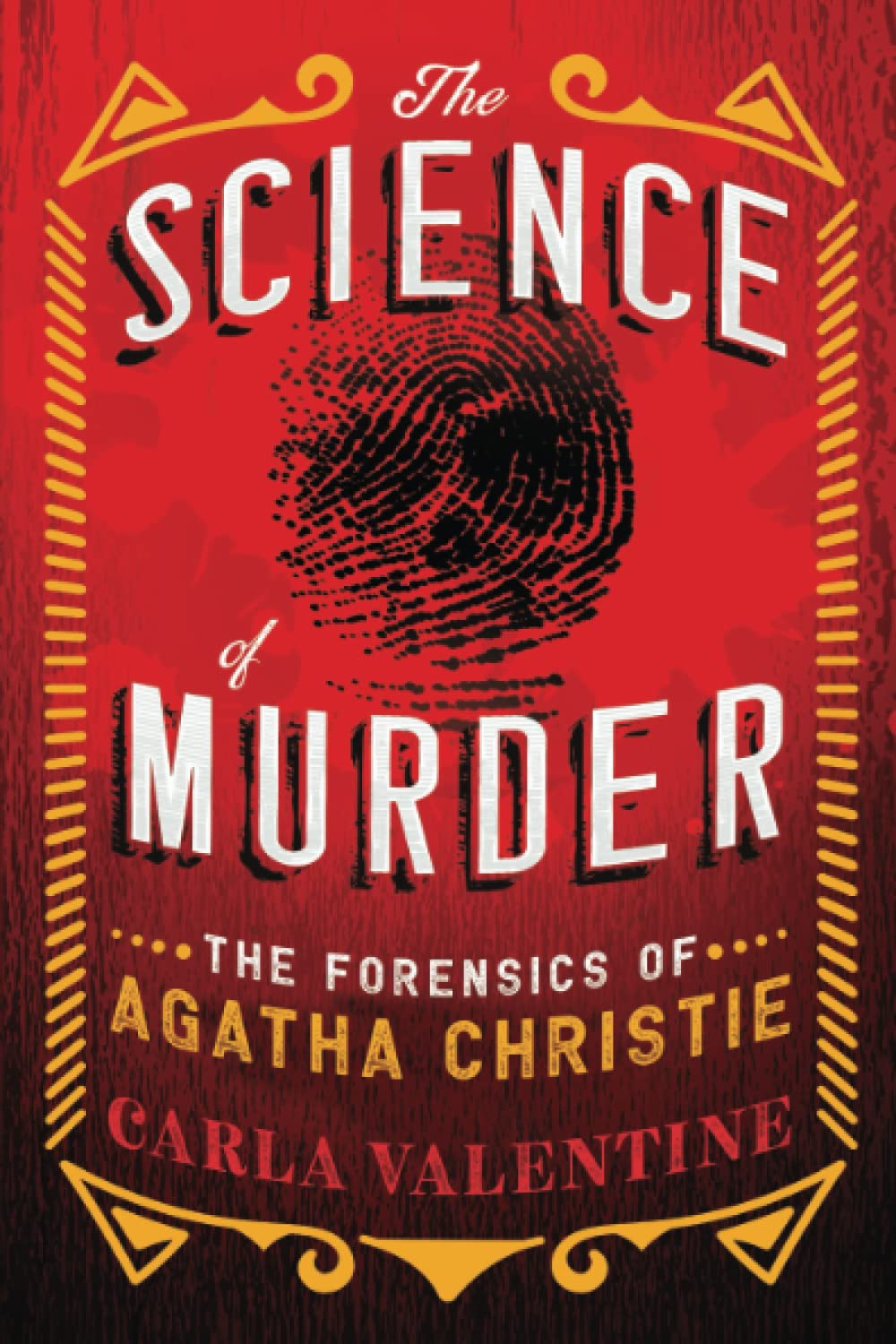 The Science of Murder: The Forensics of Agatha Christie
by Carla Valentine
Sourcebooks, May 2022, $16.99

Howdunit elements are the focus of The Science of Murder: The Forensics of Agatha Christie. Author Carla Valentine, a pathology technician who once worked as a mortician (and wrote about it in The Chick and the Dead), credits Christie’s works for her own love of forensics.

Christie was known to have read the adventures of Sherlock Holmes, who was a master of the art of detection. So did Dr. Edmond Locard, the French “criminalist” (aka forensic scientist) who formulated the theory that “every contact leaves a trace.” Did Christie also read Locard’s pioneering works? Her writings indicate more than a passing knowledge of forensics.

Valentine’s chapters on such essential tale-tellers as fingerprints, trace evidence, ballistics, and blood spatter highlight the topics’ appearances in Christie’s works, and discuss aspects of the science the mystery writer got correct and those she didn’t. Valentine then describes the evolution of the history of modern forensic disciplines.

Source materials include books and articles about Christie and forensics, including medical journals and Christie’s own writings—with myriad examples of the author’s clever use of evidence, such as a unique scent in the Hercule Poirot novel Lord Edgware Dies.

This analysis of forensics via Christie’s works is both shrewd and illuminating. 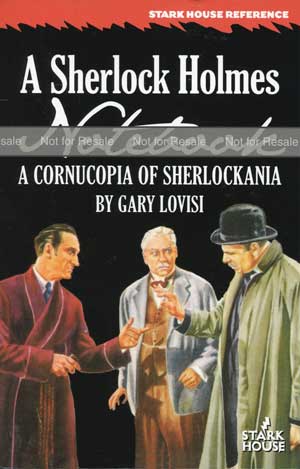 A Sherlock Holmes Notebook: A Cornucopia of Sherlockania
by Gary Lovisi
Stark House Press, May 2022, $15.95

A Sherlock Holmes Notebook: A Cornucopia of Sherlockania is a must-have for devoted fans. It will also appeal to pop culture buffs who want to know more about the vast reach of the famed resident of Baker Street.

The 22-article compilation celebrates Holmes collectables. The focus is on books, as well as materials such as playbills and photo cards. Just shy of 200 pages, the helpful compendium offers plenty of “Did you know?” data. It comes complete with photos (lots of book covers) of many of the materials.

Lovisi has written extensively about Holmes and his creator, Sir Arthur Conan Doyle, and was nominated for an Edgar for a Holmes short story—one of his own pastiches. Curious about others? Those covered in this book include Sherlock Holmes in Dallas (1980) by Edmund Aubrey (yes, it’s about what transpired in 1963) and Daniel Stashower’s The Adventure of the Ectoplasmic Man (1985), which has Holmes working with Houdini—an apt collaboration, considering that Arthur Conan Doyle and Houdini knew each another.

In addition to The Great Detective, other Doyle creations warrant attention. The piece on Professor George Edward Challenger of The Lost World showcases print memorabilia from the 1924 silent film adaptation. Another article is devoted to Doyle’s hardboiled Pinkerton man, Birdy Edwards, who predated the tough guy PI’s unleashed by Hammett and Chandler.

A look at the Holmes titles published from 1895 to 1920 by Tauchnitz, which were known for their non-illustrative covers, details the company’s role in the evolution of the mass market paperback. Another piece spotlights picture cards that were packaged with chocolates from a Spanish Barcelona candymaker more than 80 years ago. Yes, there are photos of them.

This lively and authoritative survey could lead Holmes buffs to seek out some of the referenced titles. The Giant Rat of Sumatra, anyone? 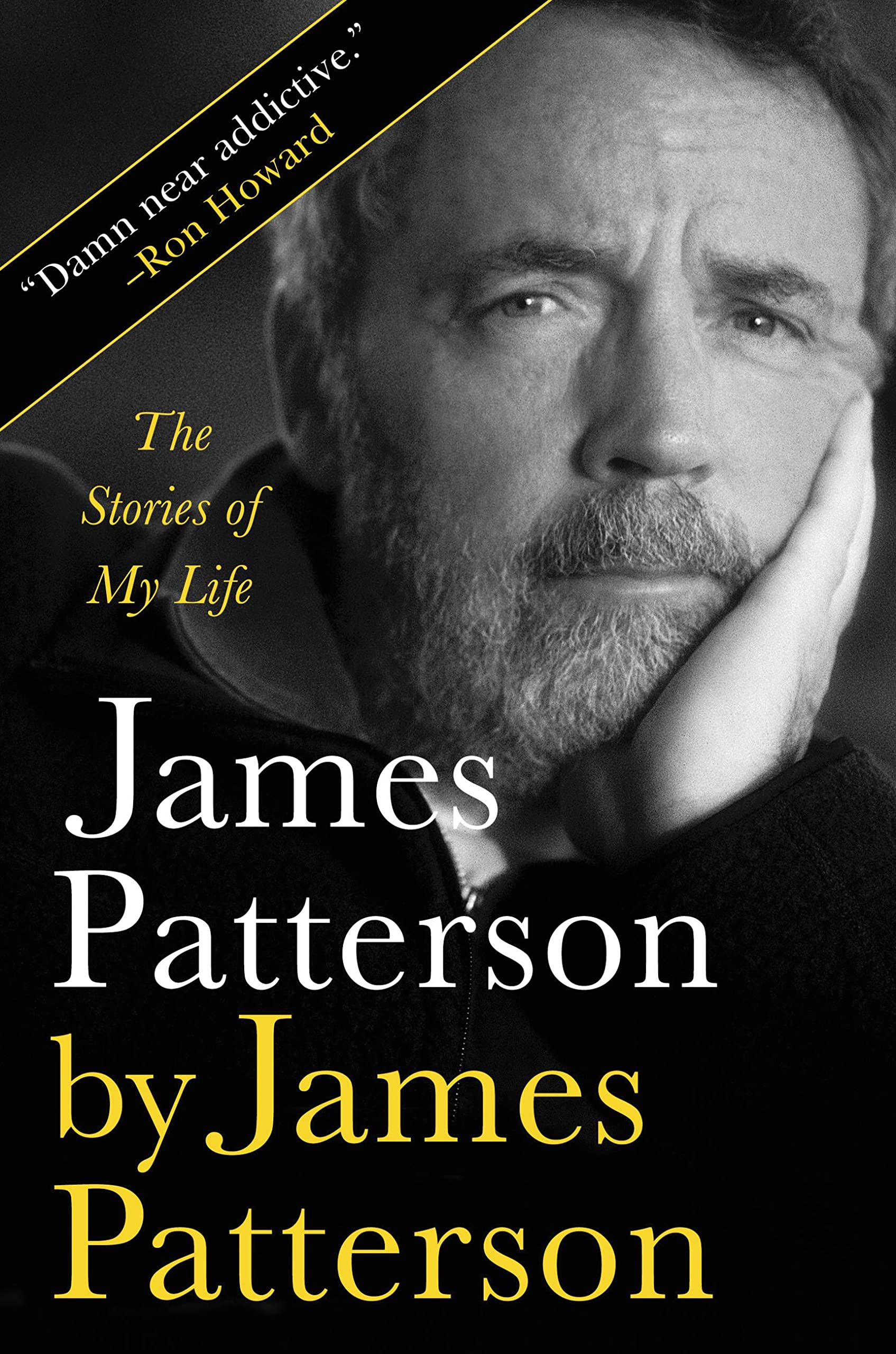 Last but far from least—because, as he likes to remind, he’s the world’s bestselling author—there’s James Patterson, a memoir that will appeal to avid readers of the author’s multitudinous titles, including his mystery-crime and thrillers.

Written in Patterson’s trademark style—short, conversational sentences within short, breezy paragraphs—the book’s concise chapters aren’t always chronological and there’s some repetition as the author reveals how he came to be so… James Patterson.

Among the book’s snapshots and musings: His grandmother used to say, “Hungry dogs run faster.” While attending Vanderbilt University he had long hair, a beard, and wore bell bottoms and flip-flops. At a literary soiree he once saw Norman Mailer and James Baldwin get into a physical altercation.

As for his working habits, Patterson keeps a file titled IDEAS and considers five to six ideas per book, then opts for one or two. He outlines, doing 50 to 80 pages a book, and at least four drafts using a No. 2 pencil.

He isn’t thrilled with Hollywood’s adaptations of his works and makes no apologies for working with (his many) coauthors. He is passionate about the need for kids to learn to read and backs up that crusade with his participation (including financial) in various literacy programs. For that, alone, Patterson deserves his fame. l

Pat H. Broeske is a lifelong mystery devotee and reviewer whose own crime fiction was recently published in Black Cat Weekly. The coauthor of bestselling biographies of Howard Hughes and Elvis Presley, she is a former Hollywood journalist and producer of reality-based true crime TV. A Southern California native, she lives in Orange County where she teaches film analysis for a community college.