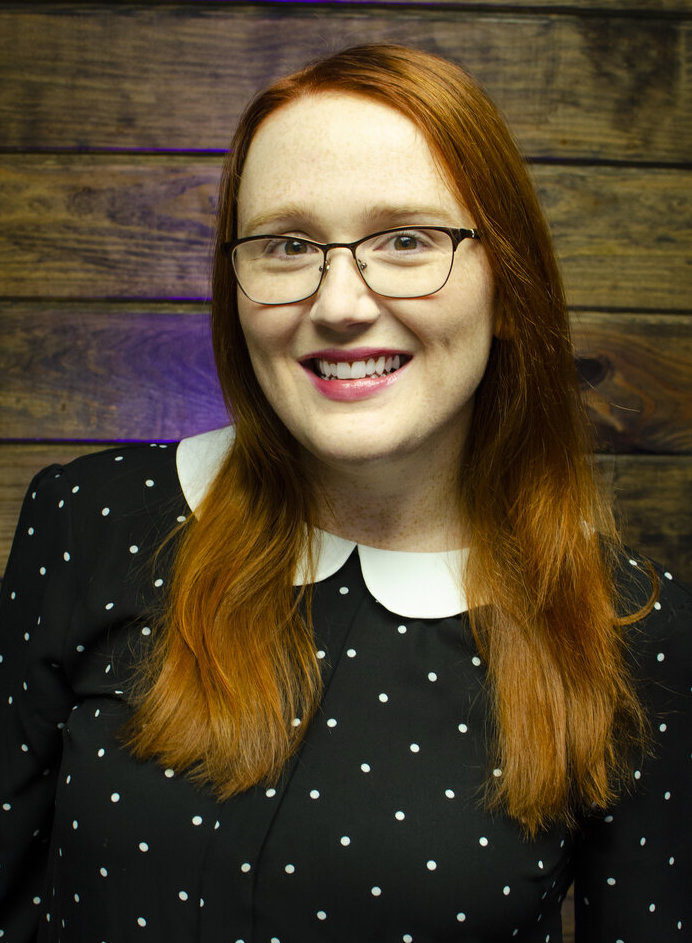 "My intention is for Evelyn’s readers to have fun when they pick up one of her books."

S.K. Golden’s first novel, The Socialite’s Guide to Murder, is a fun, smart read set inside the confines of the (fictional) Pinnacle Hotel in New York City in the '50s. Evelyn Elizabeth Grace Murphy, has suffered from agoraphobia ever since finding her mother murdered in an alleyway 15 years ago. She now lives out her days entirely within the walls of her family's hotel, the Pinnacle. That world includes Evelyn's best friend and actor Henry Fox, colorful guests, resourceful employees, and luckily (or unluckily) a murder for her to solve.

Robin Agnew for Mystery Scene: How did you think of setting this inside a hotel? (I’m a hotel brat myself and really enjoyed the setting.)

S.K. Golden: The entire plot and setting came together when I combined a couple different ideas I’d been brainstorming. The main one was Eloise at the Plaza all grown up and solving mysteries. Also, probably, some of it is wish fulfillment. I’m a mom. So the idea of there being a place where I don’t have to cook or clean is the stuff dreams are made of.

Well, Eloise is set in the '50s. Beyond that, for shallow reasons, I didn’t want cell phones or CCTV. And then the fashion. I love the clothes. The time period got deeper for me as I researched and began writing about it. This is a cozy, of course, and my main goal is for anyone who reads the book to have a fun time. But there are some things about the '50s that I can sort of hold up a mirror about as a reflection of things going on in our time.

Homosexuality was illegal. There were separate water fountains you could drink out of based on the color of your skin. While things are better today than they were in the late '50s, there is still a ways to go. This isn't a book about social issues, but I do try my best to keep these things in mind when writing about Evelyn and her friends.

I know this is your first published book, but is it the first book you’ve written? What path did you take to publication?

No, this was not the first book I wrote. I started writing when I was 10. Pokémon fan fiction, actually. I wrote it with a friend. We’d each write a page in a notebook, pass it back and forth, continue on whatever the one wrote. I spent a lot of free time growing up writing fan fiction.

I took creative writing classes in college and enjoyed those immensely, except for when I signed up for a poetry class. I am terrible at poetry. That was horribly embarrassing. And there were some amazing poets in that class! And I’d just sit there, sweating, waiting for my turn to read the absolute sludge I’d written. But I liked the professor, so I stuck it out. I didn’t start on original stories until my mid-twenties, and I had no idea how to plot a story, really. Not a full novel.

I wrote slice of life stuff. Characters bantering. But to tell a complete original story from start to finish took a lot of learning on my part. Reading craft books and picking up novels and reading them like I was studying them. I wrote a crime caper after the twins were born. I started drafting that about six years ago. It took me a long time to finish. I queried it and signed with my agent and we went out on submission and it didn’t sell. During that time, I’d completed a book about aliens, but decided I wanted to focus on mysteries. Once we made the decision to shelve the crime caper, we sent Evelyn out to editors, and I’m so happy she found a home at Crooked Lane.

I think of this as a cozy, and like all good cozies, it’s driven by character. As the book proceeds, Evelyn becomes a deeper and more interesting character. I was interested by her ability to find lost things. Can you talk about developing her?

I started with a lot of daydreaming. And then I opened a blank document and spent some time just writing Evelyn in her voice without a goal in mind, just trying to figure out how she would think, how she would talk. Knowing her backstory helps that a lot, how her parents raised her—or, how they didn’t. But even as I drafted Book One, I got to know her more. She became her own person in my mind. (Hopefully that doesn’t make me sound like too big of a weirdo.) I just turned in Book Two, and I feel I know her even better now.

Was agoraphobia or post-traumatic stress disorder recognized in 1958?

Agoraphobia was recognized in the time period. PTSD, not so much. They did recognize “shell-shock” however, in soldiers returning from war. I am very lucky to have a friend who is both an author and has a PhD in psychology. She read a very early draft and took a red pen to quite a bit of it. I do take some liberties, because as someone who has generalized anxiety disorder, I’ve found a few things that do help with anxiety, and I wanted to include them even if they aren’t exactly what an analyst of the time would’ve been suggesting.

How did you manage to maintain a fairly light tone while integrating some more serious psychological aspects into your story?

My intention was for Evelyn’s readers to have fun when they pick up one of her books. In my very early planning stages of this book, we had an emergency. Everything is fine and I won’t go into details, but I found myself alone in a hospital waiting room with nothing but my purse. I happened to have a book in my purse; one of the Parker books by Donald Westlake (under penname Richard Stark). I’d read a lot of Parker books by then. I knew him as a character. I knew he was going to take a job heisting something, that another criminal would double-cross him, and that Parker would come out in the end alive and slightly richer. Having that book with me was a comforting thing in a very trying time. I wanted Evelyn to be able to provide that for someone, too. A friend when you’re lonely. Something entertaining after a long day. A bit of fun, wherever you are, because we all deserve that. 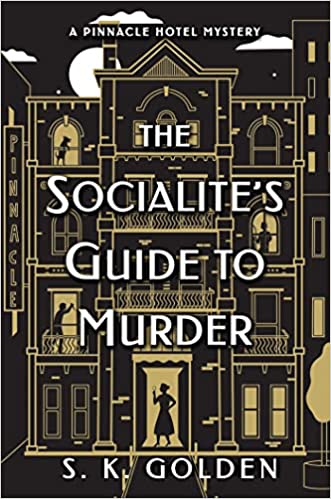 I like the different tensions you’ve set up between the characters. Who will return in Book Two? Is there a character arc you have in mind for Evelyn?

Thank you! There are a lot of the same characters coming back for Book Two. Mac [Evelyn's romantic interest], of course, and Poppy. The manager, Mr. Sharpe. Henry, too. And Detective Hodgson. He plays a big role in Book Two.

Who has influenced you as a writer? Was there a transformational read for you that set you on the path to being a writer?

The first influence that comes to mind is, of course, Agatha Christie. There’s a comic book writer, Gail Simone, and she’s been my hero since I was a teenager. Other writers that have had the biggest impact on my life are Jane Austen and Donald Westlake.

As for a transformational read, whew, that’s a good question. That all goes back to childhood. Patricia C. Wrede’s Dealing With Dragons was the first book I can remember ordering from a Scholastic flyer. It’s also the first book I ever read cover to cover by myself that didn’t have pictures. My mom read The Lion, the Witch, and the Wardrobe to me and I remember being so nervous for Aslan as a kindergartener.

My father made sure I read The Hobbit when I was in fifth or sixth grade, and then I tore through the Lord of the Rings trilogy a few years later in a single week once the hobbits finally made it out of the Shire. Reading about the hobbits getting out of the Shire took a full week on its own. And I took out every Nancy Drew book I could from our local library, sometimes more than once. Sometimes more than twice. One Nancy Drew book, I can’t remember which one, but there was someone standing outside her window at night and that scared me so much I threw the book across the room. I didn’t dare peak out a window at night again for at least a decade.

What makes you happy or excited when you sit down to write? What’s difficult about it?

I love drafting. Specifically, when I get into a groove and I can type what is playing out in my head. It’s like I’m transcribing a movie. That’s the best, the stuff I live for. It isn’t me typing anymore. I’m not even part of the equation. I’ve lost myself to the writing. The hardest thing is when it’s not flowing, when I’m aware of every single word I’m choosing to write, when I’m worried I’ve overused a particular phrase too many times or not enough times. But you have to push through that to get back into a groove and find the joy again. Bit of a scam, that.

Finally, what’s next for you? Another Pinnacle Hotel book (I hope?)

Yes, another Pinnacle Hotel book! I turned in book two at the end of September, so we’ll be working on those edits here soon. I’ve seen some cover art, too, and it’s incredible!

S.K. Golden is the author of the cozy mystery The Socialite’s Guide to Murder. Born and raised in the Florida Keys, she married a commercial fisherman. The two of them still live on the islands with their five kids (one boy, four girls—including identical twins!), two cats, and a corgi named Goku. Sarah graduated from Saint Leo University with a bachelor’s degree in human services and administration and has put it to good use approximately zero times. She’s worked as a bank teller, a pharmacy technician, and an executive assistant at her father’s church. Sarah is delighted to be doing none of those things now. She can be reached on twitter @skgoldenwrites.