Review: "Roots of Film Noir: Precursors from the Silent Era to the 1940s"
Pat H. Broeske 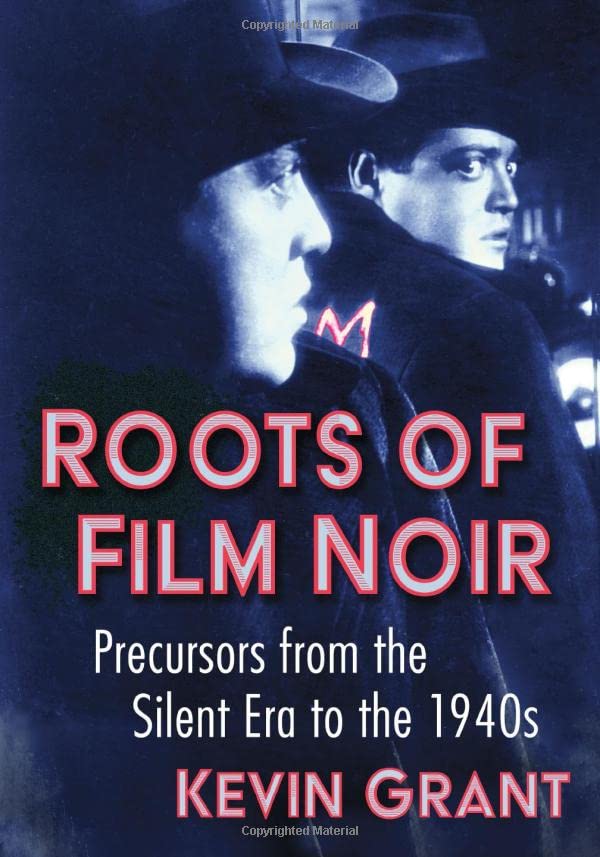 There are so many books on the subject that it’s sometimes difficult to discern one from the other, so kudos to author Kevin Grant, for breaking new ground with Roots of Film Noir: Precursors from the Silent Era to the 1940s (McFarland, November 2022, 252 pages, $39.95). True, others have cited the influence of Hollywood gangster movies and German expressionism, but this entry, which follows the writer’s 2019 study, Vigilantes: Private Justice in Popular Cinema, goes beyond ruminations of the usual suspects with a detailed title-by-title lineup of more than 90 noir ancestors, complete with what Grant considers the bloodlines (so to speak).

Is the character of Barbara Stanwyck’s sexually bold Lily Powers, in 1933’s then-daring Baby Doll, a precursor to the man-eating Phyllis Dietrichson (also Stanwyck) of 1944’s noir classic Double Indemnity? Did Louise Brooks’s commanding performance in the 1929 silent, Pandora’s Box, anticipate the genre staple, the femme fatale? What about the characters, themes and settings of German Strassenfilme (aka “street film”)? Or the dark claustrophobia of French poetic realism? They certainly embrace noir tropes.

While US-made films—especially B-movies—constitute the bulk of Grant’s “proto-noir” selections, there are a dozen or more from the UK, plus a dozen from France, at least nine from Germany, and several from Japan, including Yasujiró Ozu’s 1933 gangster ode Dragnet Girl.

Grant also singles out persons of interest not typically associated with the genre, including directors Fritz Lang and Alfred Hitchcock. Lang’s M gets props for daring to elicit sympathy for its depiction (by Peter Lorre) of a child killer tormented by his urges—in the same way that the psychologically tortured men of noir commanded concern. As for Hitchcock, Grant explores the noir threads that run through titles dating to the silent 1926 Jack the Ripper tale The Lodger, as well as “modern” offerings such as the gothic Rebecca (1941).

Grant utilized a stack of respected genre works for this noir examination. Along with providing end-of-chapter source notes, and production-distribution tidbits, he includes information on where to view the movies (i.e. streaming services, DVD series). Plenty of artwork, including reproductions of the various films’ posters, adds to the package.

Southern California native Pat H. Broeske is a longtime reviewer for Mystery Scene. As a mystery devotee, and a former film industry journalist, she often writes about the intersection of Hollywood & crime, including film noir.