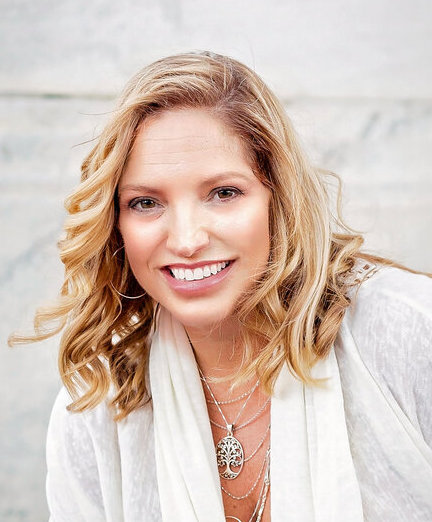 "If you sifted through the books in my office right now, including those I’ve written, you’d have a hard time placing me on a single shelf, and I love that."

Before I began writing humorous mysteries for adults, I was penning paranormal thrillers for teens, so it’s no surprise to me that my reading preferences straddle age ranges and span a variety of genres. As a reader, the stack of books on my nightstand is equally weighted between YA fantasies, mysterious capers, and twisty adult suspense novels.

Whether it’s a tale of self-discovery, explored through a character’s journey through their first formative experiences, or a careful unearthing of clues leading to the reveal of a culprit, it’s the discovery that has always captivated me as a reader. I’m drawn to novels that offer a slow but satisfying carving away of layers. I enjoy being along for the ride as a teen protagonist is unraveling the mystery of who they are. And I love that aha moment when their own power is revealed to them, when they realize the answer to whatever existential question they’ve been grappling with and make a conscious choice that will change the outcome of their own story. For me, it delivers the same satisfaction as the grand reveal of a crime thriller or a murder mystery, when the mask is yanked away and the bad guy finally steps out of the shadows.

In a story for any age group, in any genre, that moment of reveal should feel earned, and I gravitate toward stories that artfully craft layers of character within the plot, or the ones in which nuanced breadcrumbs are thoughtfully doled out, allowing me to make small discoveries alongside the hero. My favorite novels of all manage to do both, weaving a carefully constructed examination of a character’s formative years within the framework of a brilliant mystery or an unputdownable suspense story, like Steven Hamilton’s The Lock Artist, Megan Miranda’s All The Missing Girls, or Tana French’s The Secret Place. I balance these darker tales with lighter, more humorous ones like Lisa Lutz’s The Spellman Files, Darynda Jones’ A Bad Day for Sunshine, or Colleen Oakley’s The Mostly True Story of Tanner and Louise, each of which incorporates a cross-generational cast and coming-of-age themes, and all of which straddle more than one library category.

If you sifted through the books in my office right now, including those I’ve written, you’d have a hard time placing me on a single shelf, and I love that. My favorite stories (and storytellers) are the ones that defy age while bending genres.

Elle Cosimano is a USA Today bestselling author, an International Thriller Award winner, a Bram Stoker Award finalist, and an Edgar® Award nominee. Her acclaimed young adult novels include Nearly Gone, Holding Smoke, The Suffering Tree, and Seasons of the Storm. Elle’s debut novel for adults, Finlay Donovan Is Killing It, kicked off a witty, fast-paced contemporary mystery series, which was a PEOPLE Magazine Pick and was named one of New York Public Library's Best Books of 2021. In addition to writing novels for teens and adults, her essays have appeared in The Huffington Post and Time. Elle lives with her husband and two sons in Virginia.