(Mystery Scene will be taking an occasional look at new, small publishers. Today, we look at Polis)

Jason Pinter knew he wanted to a part of the publishing industry—even before he knew what that meant. 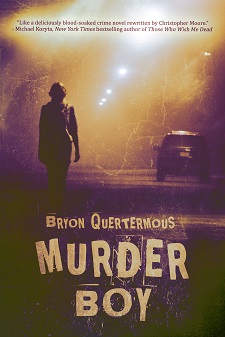 His first goal was to be a writer, so as a junior in college he sent queries to a number of literary agents asking them to represent him.

It didn’t matter that he didn’t have a manuscript to show them. But he wanted to be a writer and the head of the English department told him that writers needed representation. So he thought he should find an agent who would be interested in the works he “might” write someday.

“My queries were essentially, ‘I’d love for you to represent me once I write a book.’ I figured this was foolproof. Who wouldn’t want to represent a 21-year-old writer with years of productive work ahead of him? Needless to say, the responses I did get basically said, ‘Come back when you’ve actually written something,’” said Pinter in an email to Mystery Scene.

But that was Pinter’s first foray into publishing.

Eventually he did become an author—five novels in his Henry Parker thriller series and one book for middle-school readers—an agent, an editor, and marketing director. Pinter's previous positions include being senior marketing manager at Grove/Atlantic and the Mysterious Press, and working as an editor at Warner Books, Random House, and St. Martin’s Press.

And now, he is a publisher himself.

In 2013, Pinter took a gamble and left his job at a major publishing house to establish Polis Books. Pinter announced Polis in July 2013, and published his first title, Transit Girl by Jamie Shupak, in November 2013.

In November 2015, Polis will celebrate its second full year in business. (At left and right are some of the most recent Polis titles.)

Polis Books allows Pinter to use his experience in marketing and as an editor and an agent.

From the beginning, Pinter had a simple goal for Polis—“to publish the very best in popular fiction.” 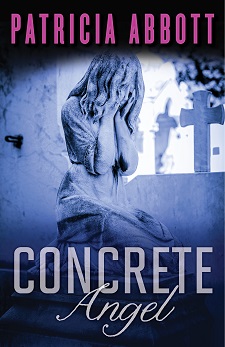 “I want it to be a company that has the scrappiness, progressive thinking, and flexibility of an independent press with the professionalism of a major publisher,” Pinter said.

That goal also entered into the naming of the company. Polis isn’t a word that immediately comes to mind when one thinks of books. But the name suits this new company.

“In ancient Greece, the Polis was an independent city-state that was governed by the populace and not beholden to a larger entity. They were self-governed, as well as being hubs for arts and culture. Since I envisioned Polis as being an independent whose direction was solely governed by its employees and authors, rather than a mega-corporation, and since I’ve always loved stories about ancient Greece, Polis was a perfect fit,” added Pinter.

Rather than flood the already saturated market, Polis’ steady, measured publishing approach is working. In 2014, Polis published 18 titles, 17 of which were digital, about half originals and half reissues. In 2015, Polis ramped up its print component with 19 titles scheduled for simultaneous publication in print and digital, plus another 12-15 that are solely digital (primarily reissues), about 30-35 total. Pinter anticipates publishing 50 books in 2016, two-thirds simultaneously in print and digital and the rest as digital originals or reissues.

From the beginning, Polis never wanted to join the legion of self-publishing houses that have started in the past decade.

“It never crossed my mind for Polis to be a self-publishing or vanity press. A publisher taking money from a writer is against everything I believe in. There are so many scams and ethically dubious companies out there that prey on the hopes and dreams of authors, and swindle authors out of their own money, forcing them to pay for their own books,” said Pinter.

“I believe in paying authors up front for their work, paying them royalties if the books sell, and giving them a quality product that doesn’t come out of their own pocket. Polis was never going to be a self-publishing venture or vanity press, and I would also never publish any of my own books through Polis, as I’d never want the company’s resources going directly to my own benefit. We’re a publishing house. Period,” added Pinter. 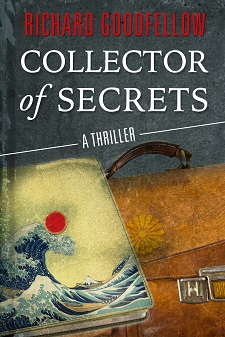 And Pinter knew that publishing would be a tough field, so he is mindful of the lessons he has learned in his own career.

“I’ve been through the heartache of rejection, joy of publication, and dealt with authors whose books didn’t sell up to my company’s expectations and forced to let them know we wouldn’t be offering them a new deal. I think I have a pretty strong stomach, but also realistic expectations for the company. I never wanted this to be a gazillion-dollar start-up beholden to investors and committee approvals,” he said.

“I feel like in a way I was uniquely qualified to start Polis because I have an extensive professional publishing background, but I can also empathize with what my authors are going through. We’re not [a major publisher], but we don’t need to be. I believe there is room in the industry for start-ups, but at the same time it’s important that we grow slowly and organically. As long as we keep our expectations realistic we’ll do just fine, and we don’t need an announced first printing of 20,000 copies for every book to pay for a lease on Broadway.”

Currently, crime fiction comprises about 50 percent of Polis’ list, but that number likely will be more around a third of its list as the publisher continues to diversify. In addition, Polis publishes science fiction (Occupied Earth, edited by Richard J. Brewer and Gary Phillips), romance (The Scarlet Letter Society by Mary T. McCarthy), Young Adult (Ash by Shani Petroff & Darci Manley, and Extra Life by Derek Nikitas), Middle Grade (The Misshapes by Alex Flynn) and New Adult (The Lonely Hearts Club by Brenda Janowitz).

“I love crime fiction with all my heart, it’s what I’ve spent the majority of my career working on, but I also don’t want our books to be competing against each other for attention, and I don’t want any book to be our fifth-most-important mystery in a given month. And there are so many other genres I absolutely love that we can have a robust crime list while also publishing great books across the spectrum,” he said.

Polis has had a few successful breakout authors. Grant McKenzie has had several books published in the U.K., Europe, and Canada, but hadn’t received distribution in the U.S. Polis reissued two of his novels digitally—Switch and K.A.R.M.A.—for the first time here, and published a digital original, The Fear in Her Eyes, all of which have been very successful.

McKenzie has just re-signed with Polis for two new books. The first, Speak the Dead, will be published in hardcover and ebook in September. Polis also is releasing Switch for the first time in paperback in the U.S. in August.

“He’s going to be our Harlan Coben, with a little Dean Koontz DNA mixed in,” said Pinter, who added that the middle-grade comic adventure novel The Misshapes was Polis’ first hardcover publication, which received “absolutely amazing reviews, went into a second printing, and continues to reorder in hardcover.” 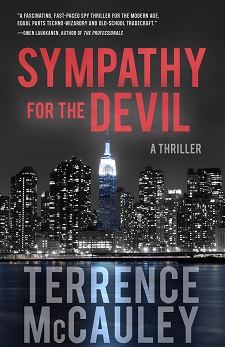 Among the newest authors that Pinter cites are Leah Rhyne, author of a “terrific” young adult horror novel, Heartless, and Vincent Zandri, who’s hit the New York Times bestseller list in ebook and who “we’re looking to reintroduce to the print market in a big way” with Orchard Grove, coming in hardcover and ebook in January. Polis also has picked up Alex Segura. Polis is reissuing his first Pete Fernandez novel, the well-reviewed Silent City, in March 2016, followed by the second Fernandez novel Down the Darkest Street in April.

Segura is thrilled to be a part of the Polis list. "Working with Jason has been an absolute pleasure—I couldn't have hoped for a better home for the Pete Fernandez series. Jason is smart, forward-thinking, and knows all aspects of the industry. Most importantly, he's been very savvy in building an impressive lineup of authors. I'm honored to be part of the Polis Books team—a publisher I was already a fan of before the deal happened," said Segura.

As Polis enters its second year, Pinter is proud of his publishing house’s achievements, especially “that we’ve consistently had a very high quality of writers sign with us, and approach us about working with them. That we’re distributed by one of the largest distribution companies in the country, Publishers Group West. That our books are carried by some of the biggest chains and best independent bookstores in the country, along with many libraries, and we’ve been covered pretty well for a new, small press,” he said.

And adding to the publishers' success, Polis became part of the Mystery Writers of America's approved list of publishers, as of Sept. 1, 2015.  That means that novels Polis publishes are now eligible to be submitted to be considered for the MWA's annual Edgar Awards. This list of MWA-approved publishers also is often used by reviewers in choosing books for review, and sometimes by organizers of conferences when choosing authors to be on writing panels.

“It was very important to me, when we expanded our print distribution, that we get our books into as many outlets as possible, at it means the world to me that these stores and libraries like our books and authors enough to carry them.

“I’m proud of our authors and their books, and proud that they’ve chosen to go with me on this journey,” he added.