Books
You Can Go Home Now 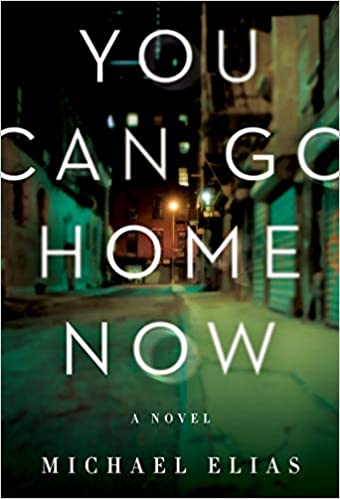 Nina Karim is a cop in Queens, New York, with a secret—she not only wants the bad guys off the streets, but she wants at least one of them dead. And while she’ll lose it all if she makes that happen, her need for vengeance drives her far more than her desire to protect and serve.

Nina is a tough character, but she’s also smart, funny, and completely fixated on killing the man who killed her father. Her loyalty to those she cares for is absolute, which sometimes makes it difficult for her to do her job; while undercover in a battered women’s shelter investigating two murders, she has to determine if some of the women, now her friends, are responsible for the deaths of their abusers.

The story interweaves these two plotlines with a couple of other cases, including a man who wants to confess to a murder—though he can’t remember who the victim is—and a lost cat. Add to this Nina’s love affair with a loan shark, and her life is like watching a train wreck; you just can’t look away.

While there is a lot of humor in the story, there is sadness as well, and the author does a skillful job of guiding the reader through Nina’s backstory, which includes the execution of her father, a doctor, by an anti-abortion zealot. While Nina might not always follow the law, she never wavers from her own moral code, and while you may not agree with all of the choices she makes, you have to admire her commitment.

I whipped through this book because I couldn’t wait to find out what Nina would do—and I wasn’t disappointed. While I rarely find myself rooting for the antiheroine, in this case I’m willing to make an exception.