"The air coming in at the window made you gasp for more when what you really wanted was less."

Books
The Shooting at Chateau Rock 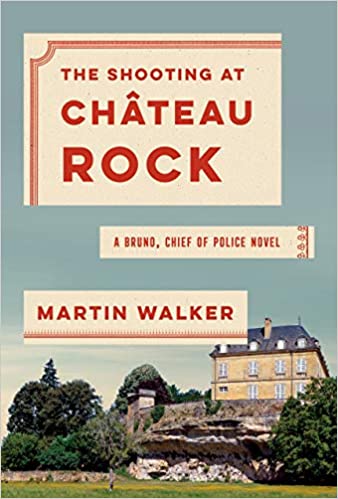 Martin Walker isn’t writing mysteries so much as lifestyle stories—there is certainly a mystery in this novel, but it’s no more and no less important than wine, chickens, great food, swimming lessons, dogs, and music. Benoît “Bruno” Corrèges is the chief of police in tiny St. Denis, in the Dordogne region of southwestern France. He is a lifelong resident, and his connections to the town are many and varied. He is as familiar with the croissant maker as with the local laws governing livestock.

When an acquaintance from the tennis club approaches him about the recent death of his father, Bruno agrees to look into the matter. The man’s father apparently bought an insurance policy to cover his entry into an incredibly luxe home for the elderly, totally cutting his children out of his will just before his death. His house, farm, and land were put up as collateral, and the insurance company now owns them instead of the family. The son is sure there’s something amiss with the entire arrangement.

Bruno has many back-end ways to approach things, and when he finds the insurance company has been neglecting the family’s livestock and sheepdogs since taking over the farm, he starts legal proceedings against the insurance company. In the Dordogne, livestock have rights just as humans do. Meanwhile, Bruno makes an arrangement with a neighboring farmer to take care of the livestock. Bruno would never treat his precious basset hound, Balzac, the way the animals on the farm are being treated, and he’s furious.

This whole story continues to percolate as we also follow Bruno as he reacquaints himself with a neighbor, a former rock star, who lives in the local castle. He lends Bruno a tape of his new music—much softer than his old stuff—and Bruno loves it, which leads to all kinds of changes for many of the characters in the novel.

Then there’s food. There’s cooking the food. There’s the perfect wine to accompany the food (some from local vineyards). There’s the complexity and simplicity of Bruno’s love life. There’s the love life of Balzac, an expert tracker bred to help the police. And there’s the dead man’s chickens, who need a new home—so there’s a chicken coop to build.

All of these elements, including the mystery of the old man’s death, fold organically into one another. There is a bit of action at the end of the whole proceeding, but this gentle, lovely story unfolds like a summer’s day in France. No stress, no hurry, just the good things in life. And a little bit of murder thrown in, to spice things up.

“Some say life is the thing, but I prefer reading.”
—Giles Mont, A Judgement in Stone, 1977, by Ruth Rendell