“It is quite a three-pipe problem.”
—Sherlock Holmes to Watson, “The Red-Headed League,“ The Adventures of Sherlock Holmes, 1892, by Sir Arthur Conan Doyle

Books
You Let Me In 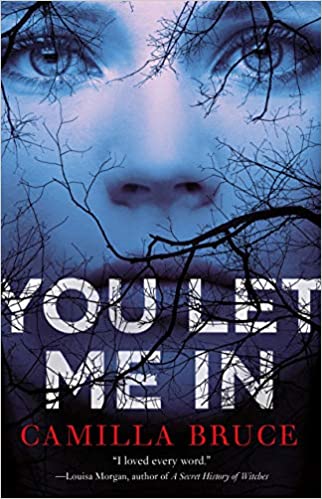 Camilla Bruce’s You Let Me In is not exactly the story the jacket’s back blurb would have you believe. With a vague description of past crimes, and a cover that suggests a thriller, finding a fairy tale in its pages may come as a bit of a surprise to readers. However, Cassandra Tipp’s story is closer to a Grimms’ fairy tale than a Disney one.

The story starts exactly a year after Cassandra’s disappearance. Her niece and nephew are set to inherit her estate, but only if they read her final manuscript and obtain a code word from the document. Cassandra is famous for writing romance novels. She is also infamous for her possible involvement in the unsolved murder of her husband, and the tragedy of her father and brother’s murder-suicide.

Cassandra’s final manuscript is the story of her life—but not the one everyone thinks they know.

According to Cassandra, she’s lived her life with the “Pepper-Man,” a fairy who sought her out as a child to feed from her, creating a bond that spanned decades. Before he met her, he fed from a tree, and so appears gnarled and barky, a creepy figure only a child could love. Fairies in this world are different. They’re revealed early on in You Let Me In to be the defiant dead, who come back as fair folk and survive by feeding off the life energy of other beings. Pepper-Man, who always smells of pepper, has been behind the course of Cassandra’s entire life.

However, her therapist, Dr. Martin, explains that her meetings with the fairy are Cassandra’s way of coping with abuse. He even writes a book on his theories, dragging her family further into notoriety and tearing it fully apart. For each terrible thing that happens to Cassandra, the reader is given Dr. Martin’s interpretation and Cassandra’s interpretation. Which is real? Is there magic in the world, or is she a deeply troubled person attempting to reconcile herself with a dark reality?

The book never truly decides between the two. Cassandra doesn’t really know herself, and accepts both potential truths as equally valuable. It is more than fair to call her an unreliable narrator—but both versions are her reality. The last words of the book invite the reader to believe whatever truth they wish to. The dark world of magic that Bruce creates is one the reader, like Cassandra, wants to believe in, even as they fear to believe it. This is the biggest draw of the book—the story’s ability to pull in readers even as it repels them. The experience is captivating, and the ambiguous ending is perfect. Is magic real? Cassandra can’t decide, so why should we?

“Integrity is not a conditional word.”