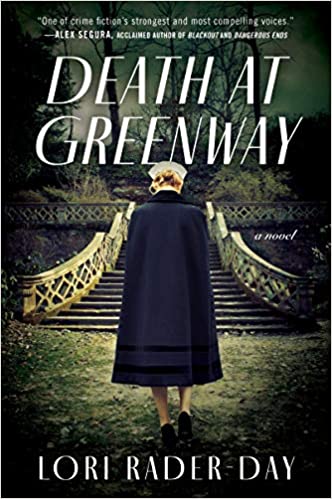 It’s April 1941 and the London Blitz is raging. Nurse-in-training Bridget Kelly, holding back a visceral grief that threatens to overwhelm her the moment she lets herself go, makes a mistake medicating a wounded soldier. Disgraced, she is sent to accompany a group of children being evacuated from London to the countryside, where the bombing is less intense. The officious Mrs. Arbuthnot; Bridget; a beautiful, enigmatic second nurse named Gigi; and ten very young children travel to the Devon coast, with the whiny, snobbish Mr. Arbuthnot in tow. They settle at Greenway, the country estate of Agatha Christie and her husband Max Mallowan, who are away contributing to the war effort. The house is both lovely and imposing, managed by a butler and housekeeper, Mr. and Mrs. Scaldwell, who openly resent the evacuees.

Bridget is worried that she will be found out as only a trainee and not a “real” nurse, but soon realizes that those around her also may not be what they seem. Gigi’s behavior is erratic and irresponsible, there are trespassers on the grounds, and someone is stealing jars of jam from the pantry. Then a dead man is pulled from the river that borders the grounds.

Keenly observant, Bridget begins to investigate in her own quiet way as one unnerving event after another takes place. With the others continually relying on her to hold steady and pick up their slack, her self-doubt evaporates as her empathy for the children—and anyone who suffers—slowly draws her out of her lonely isolation and into meaningful connections.

The author draws her memorable characters deftly and portrays their inner lives and outward interactions with deep insight. The wartime setting feels authentic, and the story’s disparate threads ultimately connect in surprising ways. Brief cameo appearances by “Mrs. M.” (as the staff calls her) will please Christie fans.