"It is better that a guilty man should be acquitted than that an innocent one should be condemned."

Waddling in Dwight Was a Delight
Sue Owens Wright 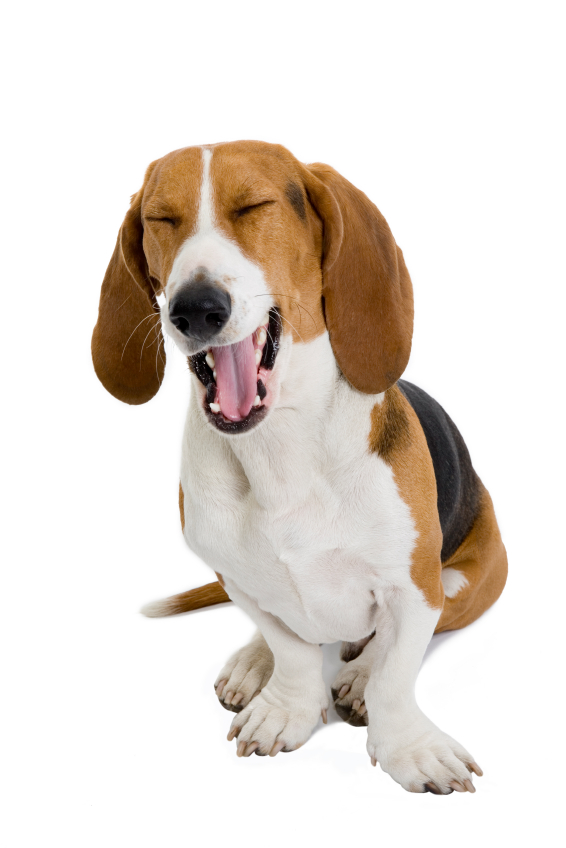 Riddle: Why did the basset hound cross the road?

Answer: To get to the Illinois Basset Waddle.

It isn’t every day when you see nearly 1,000 basset hounds cross the road. I did last September at the Basset Waddle in the small Illinois town of Dwight, where I was invited to come and talk about my basset lover’s mystery novel, Howling Bloody Murder. Seeing alien crop circles dotting the cornfields would have been no more astonishing to me than witnessing this furry phenomenon, hosted yearly by Guardian Angel Basset Rescue (GABR). Of course, unbeknownst to the hounds and their owners, while observing this bizarre event for the first time, I was also taking notes.

When I saw basset hounds waddling around in the lobby of the Days Inn Hotel and heard mournful howls echoing from the hallway, I suspected I was checking in for a wacky weekend. I had to wait for the next ride up to my second floor room because the elevator was filled to capacity with hound dogs. Days Inn is to be commended for being so dog friendly to the Waddlers, even hosting a nightly “Yappy Happy Hour” for hotel guests and their dogs in the converted canine conference room. Refreshments were placed well out of basset-scarfing range, of course. 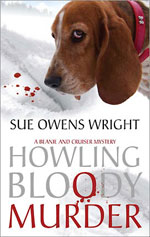 I helped judge the Best Howl and Best Trick contests, but I think the prizes should have really been awarded to the humans, who performed admirably while coaxing along the reluctant contestants in the judging ring. Any food slave who has ever been owned by a basset hound knows these dogs aren’t inclined to do much of anything on command except eat, which is why there’s a contest for Lowest Ground Clearance.

I met a contender for the Best Counter Cruising division when my attention was diverted momentarily from my hamburger while signing a copy of my book for a fan. No basset ever moves that fast unless there’s grub involved. The wily little burger burglar snatched the whole thing right from under my nose and even came back for seconds.

Sunday morning’s Waddle boasted beaucoup de bassét, as they would say in the country where this scent hound originated. Study the blasé behavior of these dogs for very long and you begin to understand something about the French.

Many of the dogs wore costumes worthy of a feature spread in Waddle Wear Daily. In their usual unflappable manner, the bassets endured for the pleasure of their masters being made to look ridiculous in doggy dress-up. The paws-down winner of the costume contest was a basset Boeing 747. 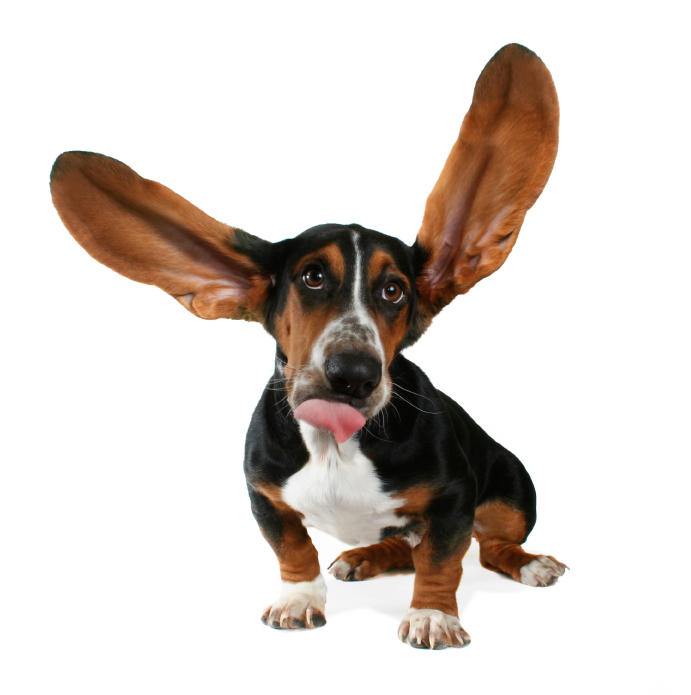 Bassets from all over the United States and Canada assembled to waddle en masse, along with their owners, down Main Street, USA. The Waddle King and Queen, crowned the night before in a canine coronation, loafed regally in royal raiment atop their float, ready to lead hordes of hounds through the town. At long last, we heard the signal for the parade to commence, “Let’s Waddle!” And we did.

I tried my best to capture all of the thrilling action on film but would later discover that every shot I snapped looked about the same—just a bunch of waddling basset assets.

My weekend at GABR’s Basset Bash and Waddle to benefit homeless bassets was one I’ll never forget. I met so many wonderful, caring people and the adorable, lovable bassets they’ve adopted as well as the ones that are fostered until a permanent home can be found. There are plenty of “foster flunkies,” as GABR affectionately refers to people who fall in love with those sad-sack faces and just can’t part with their furry foster kids.

The best part of the fun-filled weekend was that nearly all the hounds available for adoption found their forever homes with families who will provide them with the lifelong compassion, care, and love they deserve. As GABR’s slogan states, “It’s all about the dogs.” 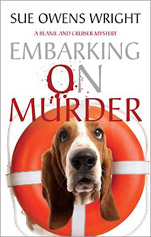 I left the Illinois Basset Waddle with plenty of background for writing a sequel mystery in which Beanie and Cruiser will be Waddling to a Murder. But now whenever I walk my two bassets at our neighborhood park, I find myself looking around hopefully for hundreds of other long-eared beauties waddling through the grass.

Sue Owens Wright is a two-time winner of the Maxwell Award by the Dog Writers Association of America. Her latest is Embarking on Murder (Five Star, 2009). Sue has owned six basset hounds over the years, five of which were rescued from pounds and shelters in Northern California, where she lives with her husband and two bassets.

“If work was a good thing the rich would have it all and not let you do it.”