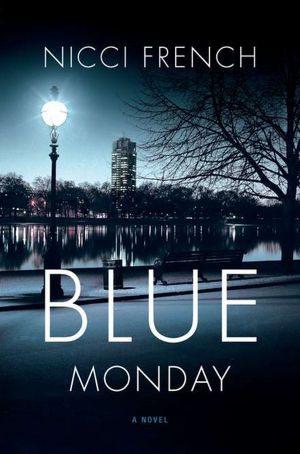 Two children kidnapped in London, 22 years apart, form the centerpiece of this astonishing novel, whose shocks start early and continue through to the end. Trying to unravel the possible connections between the children are psychiatrist Frieda Klein, who suspects that one of her patients may be connected to the second kidnapping; and Chief Inspector Malcolm Karlsson, who believes both children are dead, killed within hours of their disappearance. Dr. Klein isn’t so certain. While she recognizes that the first child, a five-year-old named Joanna, is probably long dead, she still holds out hope for the second, five-year-old Matthew “Matty” Farraday. This conviction leads her to risk her license, along with the trust of her patient, to find him.

Nicci French’s outstanding novel is haunted by the specter of vanished children, but also haunted by its characters. Klein risks her life time and time again in lonely walks through London in the wee hours of the night, seemingly oblivious to the dangers surrounding her. A death wish, perhaps? Possibly most troubled of the many troubled characters is Alan Dekker, Klein’s suspicious patient, a young man so unable to cope with real life that he escapes into fantasy.

Although mystery stories usually frown on the use of coincidence, French makes effective use of it in much the same way as Kate Atkinson does in her twisty novels. French also isn’t afraid of experimenting with magical realism, as in the scene where a Ukrainian workman falls through Dr. Klein’s ceiling, right into the middle of a session with Dekker. Literary but never ponderous, shocking but deeply subtle, Blue Monday—for all its experimentation and labyrinthine plot—is so superb that you might find yourself rereading it. And not just once.

A novel haunted by the specter of vanished children, and the troubled souls who seek to save them.
Teri Duerr
2413