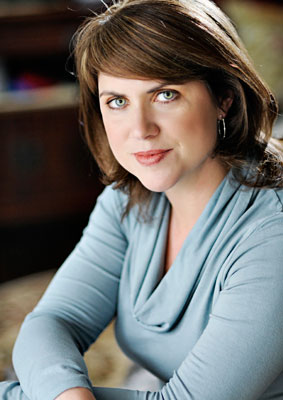 Lisa Gardner has introduced readers to a variety of characters in her 16 novels.

But her latest Catch Me gave the author an opportunity to revisit some of her previous characters.

In telling the story of Charlie Grant, a young woman who needs to learn to defend herself, Catch Me also offers a reunion of sorts of characters from other novels.

Catch Me gives readers a chance to catch up with J.P. Dillon from The Perfect Husband. (“I always liked that character and I still get mail from readers about him,” Gardner said.)

Gardner weaves these other characters seamlessly into Catch Me and makes them a brief part of the investigation. “I like all my characters. It was nice having them back,” said Gardner.

Catch Me continues Gardner's series on Boston police detective D.D. Warren. But Catch Me offers readers a different side of Warren, who is just back from maternity leave.

"For the last few books, D.D. Warren felt unfinished," said Gardner. "In Catch Me, I felt she had arrived. Part of being a reader and a writer is we are always looking for a sense of closure. What we can't get in real life."

Gardner often thinks about bringing back some of her previous characters. "Tess from Love You More tugs at me," she said.

"All my characters are my favorite. I like them all in their own way," she said.

"Charlie [from Catch Me] got under my skin. I appreciate the everywoman-ness of her. She doesn't have an identity and has to figure out how to become a person. I felt for her. We can recognize in her our own weaknesses."

The latest issue of Mystery Scene features my interview with best-selling author Lisa Gardner. I am a bit biased here, but the profile is quite good. Check it out.

Our talk lasted about two hours and while the story is quite long, some of our conversation, such as her comments on her characters, just wouldn't fit. That's why we have this blog.