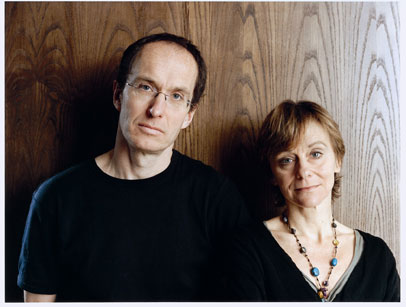 Writing duo wonder, "Where the hell did that come from?"

Photo: Mark Read. Below: the first US edition of Wilkie Collins' classic printed in 1860.

The Woman in White, by Wilkie Collins, was published in 1860. Even today, it's one of those books you read and ask yourself: Where the hell did that come from? The first half of the book is like a feverish dream; it begins with a mad woman appearing out of the darkness, and is full of storms, shadows, nightmares, spectral moonlight, and a sense of dread. Then we encounter Marian Halcombe, the most extraordinary "heroine" in Victorian fiction: she's ugly, she has a light moustache, and she's utterly compelling. Marian's adversary is Count Fosco, the prototype of the evil, horrifying, but charismatic villain. He is Italian, he is enormously fat, and he keeps white mice in his pocket that he plays with as he talks.

Count Fosco and his confederate, Sir Perceval Glyde (even the names are evil), concoct a plot to steal the fortune of Laura Fairlie. The idea is not to kill her, which would be too easy, but to steal her very identity and replace her with a woman who looks like her. For how do you prove that you are yourself? 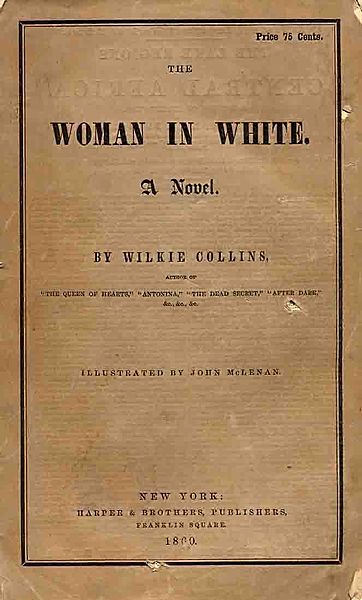 There is also a kind of love story between the hero, Walter Hartright, and Laura Fairlie (the names are a bit of a giveaway) but the true, hidden love story of the book is that between Marian Halcombe and Count Fosco, two outsiders who recognize each other's intelligence.

The Woman in White is the first great psychological thriller, based not just on violence and murder but on the slipperiness of identity and the perception that in our ordinary lives we are skating on thin ice and beneath is madness, disorder, and tumbling strangeness. Anyone who writes—or reads—psychological thrillers owes a great debt to Wilkie Collins.