"It is not strange. She finds them often. Fresh dead people." 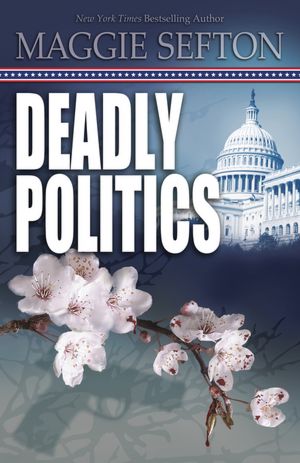 Maggie Sefton’s foray into political intrigue is a marvelous look at the shady underbelly of insider Washington. At mid-life, managerial accountant Molly Malone returns to Washington, where her congressman husband committed suicide and where she knows all too well the plots and subplots of political maneuvering. She quickly lands a job with a charming senator from Colorado but soon finds sinister dealings afoot. Attending her first Capitol soiree and renewing acquaintances with old friends and enemies, Maggie is soon embroiled in murder when her niece, who has admitted an affair with her congressman boss, is found shot to death in her car outside the reception. Although police label the death a mugging gone awry, Molly is not so sure and begins her own unflagging investigation of exactly what happened and why. In doing so, she uncovers a plot aimed at the highest level of government.

Sefton’s political thriller is a tightly plotted tale of treachery that has the stamp of a new series, particularly since the most evil of the conspirators emerges unscathed and keeping a watchful eye on Maggie. Sefton is no stranger to writing compelling series. As author of the Knitting Mystery cozies, she is a former Agatha Award finalist for the debut book, Knit One, Kill Two, in that series. She is even better at darker political plotting.

A marvelous look at the shady underbelly of insider Washington.

"What use is an honest lawyer when what you need is a dishonest one?"