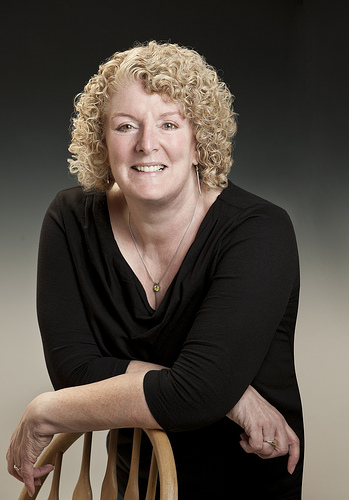 I was raised on a 75-foot fish tender in the Gulf of Alaska. In port, at low tide, it was a 42-foot climb up an often ice-encrusted ladder to get to the library, but if you’re a born reader and an icy climb is the only way you can get to the library, you climb.

The Seldovia Public Library was one room in the basement of city hall. It was open once a week, on Monday nights, for three hours, seven to ten. Because there were so few books, each patron could check out only four at a time. Susan the librarian started me on Nancy Drew.

I read all the Nancy Drew Susan had in short order, and then I read everything else on her shelves. Because I was a kid on a boat, I was always looking for stories about other kids on boats. Eventually, Susan found me a copy of The Lion’s Paw by Robb White.

It’s World War II. Fifteen-year-old Ben’s father is lost at sea in the Pacific. Penny and Nick are siblings on the lam from the orphanage that would split them up. They stow away in Ben’s sailboat, the Hard A Lee. Ben’s uncle is going to sell it, so Ben, Penny and Nick decide to run away on the Hard a Lee together.

My favorite kind of book is a how-to book. You can’t put enough detail into a book about how someone lives their life or does their job or falls in love or commits a crime to suit me. The Lion’s Paw is a how-to book. How to run away. How to sail a boat. How to be a captain. How to be crew. How to hide a sailboat in plain sight. How not to wrestle an alligator. 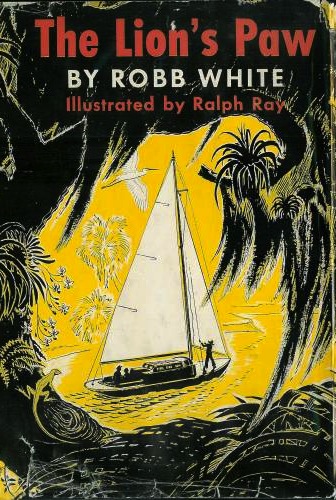 How to go on a quest.

There is that one book every writer can point to as the story that inspired them to tell their own. The Lion’s Paw may be the first book I ever read where I looked at the author’s name on the cover and wondered, “Who is this guy? How does he know all this stuff?” and more importantly “Did he write anything else?”

He did, and I read it all. And then I started writing my own.