"Insanity runs in my family. It practically gallops!" 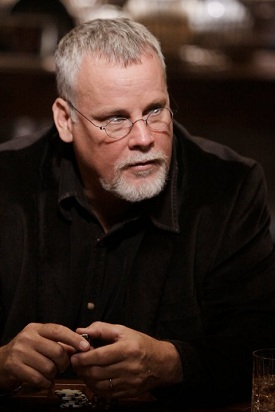 Back in 1992, Michael Connelly hit the ground running with his debut The Black Echo, which won the Edgar Award for best first novel and introduced L.A.P.D. detective Hieronymus “Harry” Bosch.

Since then, Connelly has won just about every literary award and Harry Bosch has become one of crime fiction’s most iconic characters worldwide.

More than 20 years later, Connelly has written 25 novels and one nonfiction book that have sold more than 50 million copies worldwide and been translated in 39 languages.

Connelly’s last novel, The Black Box paid homage to those two decades by having Harry involved with a case in which a recent crime is linked to a crime back in 1992. The Black Box came out in December.

Connelly’s next novel The Gods of Guilt comes out this December and will feature attorney Mickey Haller.

Meanwhile, Connelly talked about his journalism career and his novels during an interview, which was a fundraiser for the Broward Bulldog, an online investigative journalism site. Follow this link for the interview.

It’s a pretty interesting interview, even if I do say so myself.

—Anne Beddingfeld, The Man in the Brown Suit, 1924, by Agatha Christie