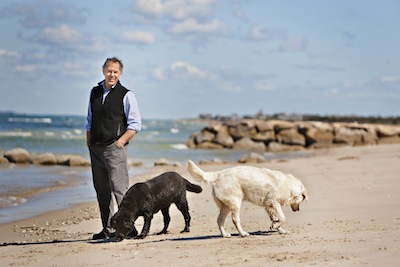 I’ve been reading for as long as I can remember. (No obvious jokes, please!) And look at that: I’ve already alienated you, breaking Writing Rule 273A(ii), namely that while it’s not absolutely necessary to suck up to readers, try not to insult them.

The Four Bad Hens and Other Stories was the first book I read by myself, and of it I recall nothing, but soon after came Red Pete the Ruthless, and the climax—Red Pete the pirate buried up to his neck between the low and high tide lines, his stolen treasure arrayed around him on the beach—is vivid in my mind. I’ve loved pirate stories—and by extension, sea stories, ever since—and am easy prey for any sort of piratical crime fiction, the Travis McGee novels of John D. MacDonald, for example.

We had a summer cottage when I was a kid, and when my grandmother came to visit she always brought me popcorn, ginger ale, and Hardy Boys books. I’d sit on the screened porch with those three pleasure inputs mixing inside me. Portrait of the young addict? Certainly. Although, I broke the ginger ale–popcorn habit long ago and without effort.

I did more reading for pleasure in college than at any other time in my life. The presence of any of those books on the syllabus would have been coincidental. I discovered British writers who influenced my work, like Graham Greene; read what remains my favorite novel, Crime and Punishment; and found in the novels of Ross Macdonald a guide to what I might attempt in the future. In short, I developed some taste. So much so that I’m now writing crime novels narrated by a dog! (But Chet’s not a talking dog—I make that point ad nauseum.) 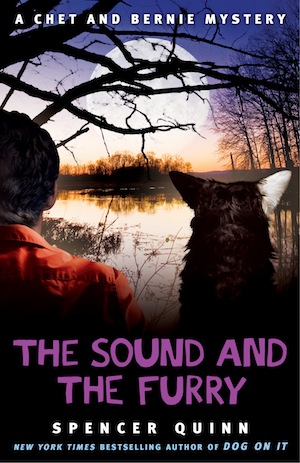 I’m not one of those readers compelled to finish any book I start. Far from it. I’ve abandoned many books in the first ten pages, some even in the first ten words. I look for a lot of things, like prose at once strong and unshowy; the feeling you’re actually there; fun; beauty. But the truth is that if the story has a certain je ne sais quoi—call it a high immersibility quotient—then I’m hooked. That’s what makes a disappointing ending so disappointing: The author has failed a willing fish. We could also go in another metaphoric direction—seduction/arousal/last-second-failure-to-perform—but let’s not. As Evelyn Waugh says in a story of his I’m reading now (second-rate for him, first for anybody else): “No good comes of this dependence on verbal forms.” Now you’re saying: “Doesn’t that quote undermine everything you just wrote?” Yes! That’s part of the deep appeal of reading. It gets into your mind and keeps changing it.

Spencer Quinn is the author of five previous Chet and Bernie mystery novels: Dog on It, Thereby Hangs a Tail, To Fetch a Thief, The Dog Who Knew Too Much, and A Fistful of Collars. He lives on Cape Cod with his dogs Audrey and Pearl. When not keeping them out of mischief, he is hard at work on the next Chet and Bernie mystery. Keep up with him—and with Chet and Bernie—by visiting ChetTheDog.com.