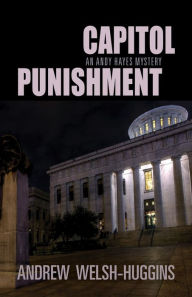 Andy Hayes is a disgraced former Ohio State quarterback working as a private detective. His finances are less than sturdy, and when freelance political reporter Lee Hershey offers Andy work as his bodyguard he wants to say no, but a stack of $20 bills makes it a firm yes. Lee Hershey is feared and disliked by Ohio’s political class and he is working on a story about a state school funding bill called Fair Funding Focus (“Triple F” to its detractors). It is the governor’s marquee legislation, and if it becomes law, his nomination as the running mate on the Democratic presidential ticket seems assured.

The bodyguard job turns ugly when Andy’s drink is drugged and Lee is bludgeoned to death at the Ohio Statehouse. The suspect list is long—politicians, staffers, jilted former lovers (or their husbands), and a state supreme court justice—but the police focus their investigation on a state senator whose blood-soaked Triple F binder is found in the garbage dumpster of the motel where he is staying. Andy has a professional interest in finding the killer when the accused senator’s lawyer hires Andy as his investigator, but even more than that, Andy feels guilty about Lee’s death.

Capitol Punishment is an entertaining private eye novel, and the third featuring Andy Hayes. Andy is a likable, cynical, at times humorous, and always witty protagonist with a penchant for trouble. The narrative includes a bunch of interesting Ohio political history and anecdotes (e.g., a Republican has never won the presidency without taking Ohio) while never slowing the story.