"You should get married and raise large family. Once you have large family, all other troubles mean nothing." 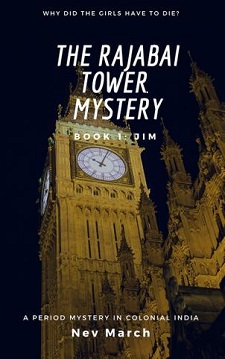 The First Crime Novel Competition, which teams up Minotaur Books and Mystery Writers of America, is the literary equivalent of American Idol.

The competition gives an unpublished writer the opportunity to launch a career with the Minotaur Books imprint. The winner will receive a one-book, $10,000 contract.

A winner is not chosen annually so the competition is pretty stiff.

And this competition has given the genre some involving stories. Previous winners include The Vanishing Season by Joanna Schaffhausen (2016 ); The Drowned Land by John Keyse-Walker (2015); The Man on the Washing Machine by Susan Cox (2014); The Impersonator by Mary Miley (2012); A Simple Murder by Eleanor Kuhns (2011); One Man's Paradise by Douglas Corleone (2009); In the Shadow of Gotham by Stefanie Pintoff (2008).

The latest author to join that group is Nev March, whose honor was announced April 25, 2019, during the Mystery Writers of America Edgar banquet in New York City.

The New Jersey resident’s winning novel is tentatively titled The Rajabai Tower Mystery, and is set to be published in 2020. (Note: the cover at left is not final.)

Set in the 1890s, The Rajabai Tower Mystery features a former soldier in the Indian army recovering from wounds sustained in skirmishes with Afghan tribesmen. The soldier becomes inspired by the Sherlock Holmes novels he reads to investigate the suicides of two well-to-do Parsee women in Bombay.

Minotaur Books associate publisher Kelley Ragland stated in a press release, “A vibrant portrait of India just before the turn of the century, an engaging lead character in Captain Jim Agnihotri, and a fresh homage to Arthur Conan Doyle, The Rajabai Tower Mystery was the perfect choice for our winner.”

After working in business analysis for 20 years, Nev March returned to writing full time in 2015. She is a member of the Hunterdon County Library Write-Group. She lives with her husband and two sons in New Jersey.
Minotaur is currently accepting submissions for next year’s award. For more information, visit http://www.minotaurbooks.com/writingcompetitions. 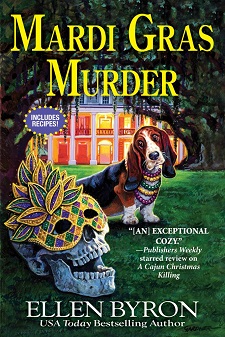 The Agatha Awards were presented on May 4, 2019, during Malice Domestic 31.

Those who took home the Agatha are in bold with ** in front of their names.

Congratulations to all of the winners and nominees. Each of these categories is comprised of strong nominees so we consider everyone a winner.

And in a couple of categories, there are ties! 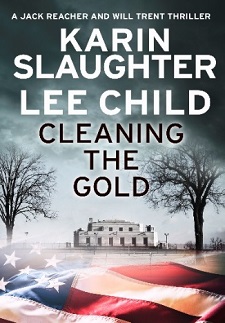 Musicians and singers often team up for duets, so why not authors.

Thriller writers Karin Slaughter and Lee Child are teaming up for what is sure to be an action-packed short story that brings their series characters together.

Cleaning the Gold unites Jack Reacher and Will Trent in a plot that sounds like it will showcase each of these characters’ strengths.

In Cleaning the Gold, Slaughter’s Will Trent is undercover at Fort Knox. His assignment: to investigate a 22-year-old murder. And his suspect's name is Jack Reacher.

Meanwhile, Child’s Jack Reacher is in Fort Knox on his own mission: to bring down a dangerous criminal ring operating at the heart of America’s military. That is until Will Trent comes on the scene.

But there’s a bigger conspiracy, that neither the special agent nor the ex-military cop could anticipate. Naturally, Jack Reacher and Will Trent have to team up and play nicely.

But readers of both series know that Reacher and Trent are as tenacious as they are stubborn.

Cleaning the Gold will be published in eBook and audio by William Morrow in the U.S. and HarperFiction in the UK on May 9th, 2019 and in paperback soon after.

It will also be published in multiple territories around the world through the HarperCollins global publishing program over the coming months.

“Nobody loves like one coward loves another.”
—Mario Balzic, The Rocksburg Railroad Murders, 1972, by K.C. Constantine