Nonfiction
The Trial of Lizzie Borden: A True Story 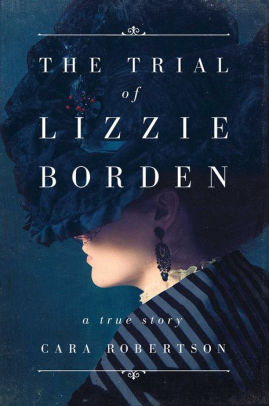 Though Lizzie Borden was acquitted in her 1892 trial of the hatchet murders of her parents, as with O.J. Simpson a century later, the verdict of history has found her guilty. Among the many books about the case, this one is notable for its detailed account of the trial, drawn not only from transcripts but from contemporary newspaper reports of some talented and thorough journalists. The reader gets a sense not only of the defendant, victims, and witnesses but of the lawyers, judges, writers, and spectators. The time and place come alive with an unexpected immediacy, making it possible to see how a verdict that appears absurdly wrongheaded to present-day observers seemed right and proper and even inevitable to people of the time. Anna Katharine Green, leading American mystery novelist of the time, was quoted as believing in Lizzie’s innocence, as did many of her fellow citizens of Fall River, Massachusetts, who could not believe a quiet, upper-middle-class spinster, active in church and charitable pursuits, could be guilty of such horrific crimes. Writers of crime fiction and fact have long been drawn to the case. Among those making fictional use were Evan Hunter, Lillian de la Torre, Mary E. Wilkins Freeman, and Marie Belloc Lowndes. Among the true crime writers were Edmund Pearson and Edward D. Radin, whose Edgar-winning Lizzie Borden: The Untold Story (1961) made a case against Borden maid Bridget Sullivan, who is really the only remotely feasible alternate suspect in this borderline locked-room mystery. Radin debunked Pearson, while others since have debunked Radin, but Robertson finds his book “a gripping read.”