Books
The Body in the Garden 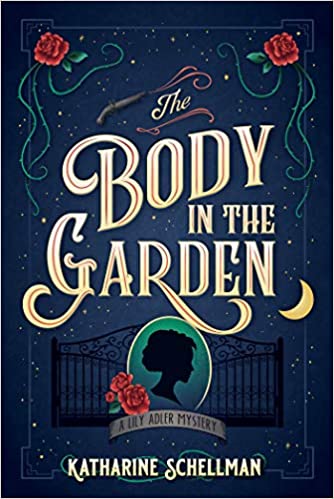 In this debut novel by Katharine Schellman, set in 1815 London, a young man is murdered during a ball, and Lily Adler, an upper-crust widow who has just returned to London society, is there when it happens. A sleuth at heart, she is shocked to find that not only is the man’s murder not being investigated, but it is being swept under the rug at the request of the rich and powerful.

Lily decides to investigate on her own with the help of a Navy captain—her deceased husband’s best friend—and a mysterious West Indies’ heiress. As the three get closer to revealing the murderer, Lily and her friends find themselves in great danger as even bigger crimes come to light.

Unlike a modern mystery where technology plays a part, this whodunit has to be solved by wits alone, and Lily is more than up to the task. What’s more challenging than finding the guilty party, however, is having to stay within society’s stringent rules, which basically hobble a woman’s ability to do anything other than search for a husband. At every turn, Lily runs into obstacles—most of them male—while dealing with the darker undercurrents of London high society, including racism, classism, and misogyny, to get to the truth.

This is a good read for those who like to unravel mysteries using only their minds. But it can be a little frustrating for those who, like Lily Adler, chafe at the constraints put on women who are just as capable as men.