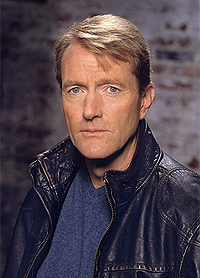 My first milestone as a reader—and later as a writer, I suppose—was Ice Station Zebra by Alistair MacLean. I read it when I was ten. At that point I was very deferential toward books. If I didn't like them, it was my fault, not theirs. But that changed.

Not that there wasn't plenty to like. Many of MacLean's books are perfect hybrids of Agatha Christie-style country house mysteries and extreme-environment Cold War thrillers. In Ice Station Zebra, for the vicarage and the colonel's house, there was the interior of a nuclear submarine and a secret installation on the polar ice cap. The book was a first-person narrative, full of great momentum-building cliffhangers. The protagonist argues his case, and the skeptic says, "I've never heard of any of this before," and the protagonist tells his readers, "I wasn't surprised. I'd never heard any of it either, not until I'd just thought it up a moment ago." The plot thickens! Onward! And later, in the thick of the action, there's a big role for an oak-hard giant of a man (another Maclean signature.) His name is Zabrinski, and he's proving invaluable. But then: "Three minutes later Zabrinski broke his ankle." Crisis! Panic! Even now I copy this style quite shamelessly. 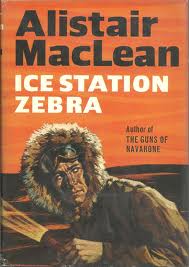 But...the first-person storyteller didn't play fair. He withheld great chunks of set-up and action quite arbitrarily. Not exactly an unreliable narrator (not that I would have understood that term back then)—just a plot-driven cheat. I felt profoundly dissatisfied, and even quite annoyed. And I concluded that it was the book's fault, not mine. Breakthrough!

And to this day I apply the lessons I learned. I try to balance the need for suspense and twists and reveals with the equal need to play fair with the reader. The clues must be there. Because if the reader doesn't like the book, it's my fault, not his.