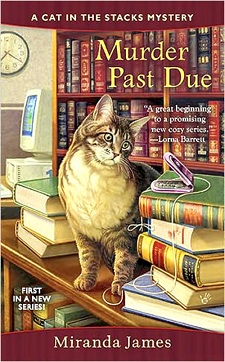 As a critic of mystery fiction, I have been guilty in the past several years of not giving as much attention as I should have to one very important category of the genre—the paperback original.

This wasn’t always the case. Back when the newspaper’s books sections consisted of two whole pages—and I could review as many books a week as I could read—I tried to have a paperback roundup a few times a year.

After all, what’s more convenient than slipping a paperback into a bag to enjoy on a plane, the beach, waiting in line or wherever you are. Even handier than a tablet.

So here is an ode to the paperback original and a quick look at some authors whose works continue to elevate this category.

Wendy Corsi Staub: The prolific Staub has written 80 novels under her own name and her pseudonym Wendy Markham. Shadowkiller weaves a nightmare of terror for a young woman that reaches from New York to the Caribbean islands. Her 2012 novel Sleepwalker is a finalist for the 2013 Mary Higgins Clark Award.

Dean James: Agatha Award-winning James—not James Dean the actor—has a dual persona. As Miranda James, he writes about Charlie Harris, a widower who moves from Texas to Mississippi following the death of his wife. Subtitled “Cat in the Stack Mysteries,” the four novels in this series follow librarian Charlie and his Maine Coon cat Diesel that he walks on a leash. The novels include Murder Past Due and Out of Circulation, currently is on the best sellers list. As Dean James, he wrote four novels about Simon Kirby-Jones, an American vampire who moved to a quaint English village. Dean James also has written the Wanda Nell Culpepper series under the name of Jimmie Ruth Evans and the Emma Diamond series as Honor Hartman.

Denise Swanson: Swanson delivers lively, light and quite insightful looks at small town life in her two series. Swanson weaves her amateur sleuths into solid plots with likable characters who never slide into caricature. Swanson, who has been nominated for the Agatha Award and the Mary Higgins Clark Award, has two series. School psychologist Skye Denison who lives in a small Illinois town appears in 15 novels, the latest of which is Murder of the Cat's Meow. Devereaux Sinclair runs an old-fashioned dime store—remember them?—in her small Missouri hometown in the two novels in the Devereaux's Dime Store
Mysteries. The latest is Nickeled-and-Dimed to Death.

P.J. Parrish: Parrish, who has been nominated for an Edgar and won an Anthony, are two sisters, Kris Montee and Kelly Nichols, whose exciting, gripping stories are filled with realistic characters. Their novels’ seamless plots meld with a heart-felt look at a man who has often been an outsider and found his calling in being as a detective. Louis Kincaid, a biracial young man who grew up in foster homes, comes to grips with himself and his background in each novel. Parrish’s 10th novel in this series, Heart of Ice soars as a tale about a man reclaiming his life and how so much of what we care about can be lost by carelessness, misplaced priorities and obsession, as I said in a recent review. 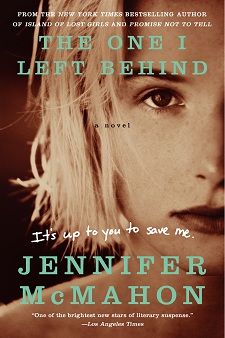 Elaine Viets: Although Viets’ “Dead End Jobs” series featuring heroine Helen Hawthorne are now in hardcover, the author also writes a second series about mystery shopper Josie Marcus that are available in paperback. Viets’ trademark humor and energetic storytelling highlight this series. But the Josie Marcus series isn’t just about great shopping, it also looks at a single mother trying to support her very bright daughter while dealing with a dating life and her own mother. Although Josie’s personal life is about to change, Viets continues to give Josie challenges, and the wit it takes to make it in this world. Josie’s latest adventures are Murder Is a Piece of Cake.


Trade Paperbacks
Susan Elia MacNeal: MacNeal’s debut Mr. Churchill's Secretary has been nominated for an Edgar this year. In this novel, young American Maggie Hope begins her job as a secretary to the newly appointed Prime Minister Winston Churchill in London. But Maggie’s secretarial skills aren’t her only abilities as readers find in the second in this series, Princess Elizabeth’s Spy, which also came out last year, and His Majesty’s Hope, which comes out in May 2013.

Jennifer McMahon: McMahon’s novels have landed on the New York Times best-sellers list for a good reason. She complements her expert plotting with a sincere look at the complicated nature of relationships. Her fifth novel, The One I Left Behind, is a mesmerizing psychological thriller that looks at childhood trauma and the power of the past. Throw in a hint of the gothic, and The One I Left Behind is even more fascinating.