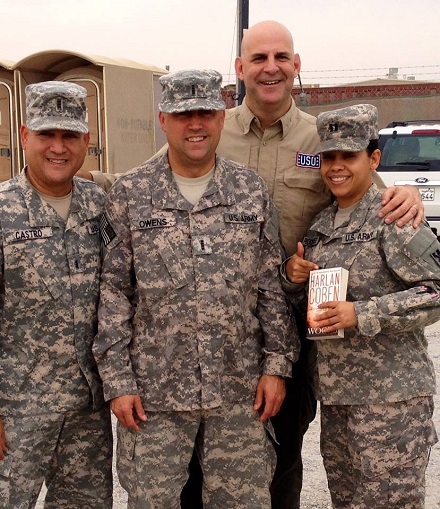 For the past four years, the International Thriller Writers has worked with the USO/Armed Forces Entertainment to bring some of our top crime fiction writers to soldiers and military families. At various stops, the authors will discuss their works, talk with the soldiers, and families if around, and hand out copies of their books.

The tour generally is held the last week of October through the first week of November, and, for security reasons, isn’t made public until they return.

Before the nine-day, four-country USO tour, the group spent three-days in Washington, D.C.

“We make up heroes for a living,” said Coben, said in an email. “Now we get to meet real-live ones and express in some small way our gratitude. I can't imagine a greater honor,” added Coben, whose latest novel is Six Years.

Since its inception, I have written about this tour for Mystery Scene and each year it gives me a little thrill to know crime fiction authors are willing to do this. These authors would still have fans—among civilians and the military—but they forgo regular book tours and their writing schedules to honor our troops. 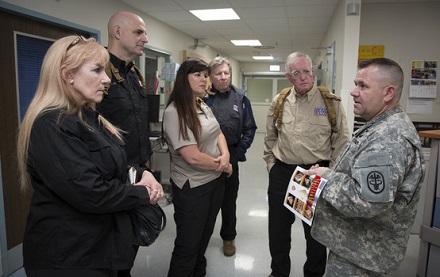 “Every day thousands of men and women in our armed forces risk their lives so I have the freedom to write my novels or play with my grandchildren or just play golf without fear,” emailed Phillip Margolin, whose latest novel is Sleight of Hand. “This tour is my way of thanking them for the sacrifices they make for me and every other American."

This year’s USO tour included stops in Kuwait, where they visited Camp Arifjan and Camp Buehring, before heading to Germany.

“Operation Thriller IV” kicked off with an autograph signing at the newly constructed USO Warrior and Family Center at Fort Belvoir in Virginia.

The authors also met with wounded warriors at Walter Reed Bethesda National Military Medical Center, attended the presentation of the Service Member of the Year Awards at the 2013 USO Gala, and visited the Quantico Marine Corps Base. 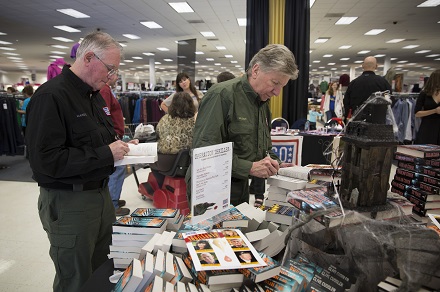 “Throughout my life, I have been in awe of and amazed and humbled by our troops, past and present,” said Heather Graham, whose latest novel is The Night Is Forever.

“What they do for me, for all of us, is so great that it can't be quantified. I am humbled and privileged to be given a chance to cast a drop in the bucket that should be filled a thousand times over for the services our men and women in uniform perform for our country. There is no way to really thank them,” added Graham in an email.

The USO tour continues to be a humbling experience for the authors.

“I am honored to be included on this tour,” wrote F. Paul Wilson, author of the Repairman Jack novels, the latest of which is Dark City. 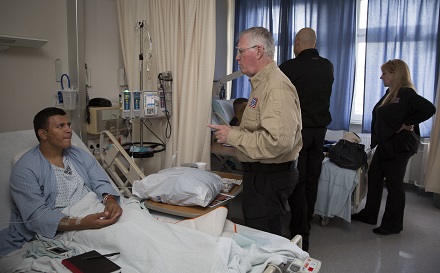 “I've spent more years than I care to number spinning tales about fictional men and women who face down threats to their values and way of life. Now I get the chance to mix with the genuine article and thank them for putting themselves in harm's way,” he added.

“We owe so much to these men and women and to the USO, a fantastic organization that quietly serves our military," added Kathleen Antrim, whose latest novel is Capitol Offense.

For more information about the USO, visit uso.org.