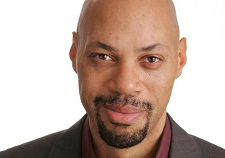 This is what happens when you start cleaning out a bookcase—you take a trip down memory lane.

I was recently cleaning out some old books, ones I had enjoyed but time to make room for the new ones I love. (For the record, I kept more than I will give away.)

That’s when I came across Everybody Smokes in Hell by John Ridley, left, which I had given raved about to in 1998.

1998…my goodness that was a lifetime ago.

I momentarily wondered what happened to John Ridley and then I remembered: A lot has happened.

Ridley wrote seven novels from 1997 through 2006, including Stray Dogs, Love Is a Racket and What Fire Cannot Burn. These were edgy novels about people on the margins of society.

But his novels have given way to his real love—screenwriting. 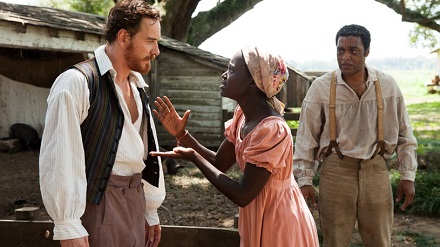 You may have heard of his latest screenwriting project—12 Years a Slave. It is only the most talked about film of the year, a sure-fire Oscar nominee for best film, actor, actress, screenplay and just about every award imaginable.

Ridley has always wrote screenplays. He turned his novel Stray Dogs into the 1997 Oliver Stone-directed film U Turn. Ridley's directorial debut, Cold Around the Heart, won him the best director award at the Urbanworld Film Festival in New York.

He also wrote for the TV series Third Watch and Barbershop.

He also is a playwright, making his debut with Ten Thousand Years, and has been a commentator for National Public Radio.

His next screen project is All Is By My Side, a drama based on Jimi Hendrix's pre-fame years. He directed the film and wrote the screenplay and was working on 12 Years a Slave and All Is By My Side.

In my review of Everybody Smokes in Hell, I said “Paris Scott -- failed actor, writer, musician -- is all too aware that he's already another Los Angeles failure. He knows it every time he thinks about his former girlfriend, calls his parents for money or goes to work at a convenience store.

“Paris is a loser—‘the toll the city of his dreams had taken on him was just now reaching critical mass.’ He's not a bad guy, but he's no angel and he's the closest thing Everybody Smokes in Hell has to a hero. Through a series of coincidences and mistakes, Paris may finally have found his fortune. He has the last master tape of a "suicided" rock star and, although he doesn't know it, a small fortune in stolen drugs.

“Everybody Smokes in Hell is a Pulp Fiction sort of ride that echoes the kind of characters relished by readers of novels by Jim Thompson, James M. Cain and Elmore Leonard.”

Mystery fiction’s loss is the movie goers’ gain. And by the way, Everybody Smokes in Hell is still on my bookshelf.