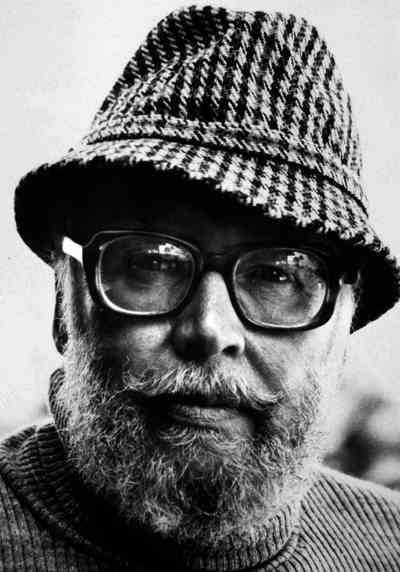 "A Knight in Rusted Armor"

John D. MacDonald (1916–1986) is most famous for his phenomenally popular Travis McGee novels about the adventures of a tough, cynical, philosophical knight-errant living on a houseboat, The Busted Flush, in Fort Lauderdale. The series began with The Deep Blue Goodbye in 1964 and concluded, 20 books later, with The Lonely Silver Rain in 1985.

In 1955 he won the Ben Franklin Award for the best American short story, and in 1964 he received the Grand Prix de Litterature Policiere for the French edition of A Key to the Suite. In 1972, MacDonald was named a Grandmaster of the Mystery Writers of America. In 1980 he won the American Book Award for his Travis McGee mystery The Green Ripper. He spent the later years of his life in Florida with his wife and son, and died in 1986.

MacDonald’s work has influenced many contemporary authors, from Stephen King and Mary Higgins Clark to Lee Child, who has called McGee “a knight in rusted armor.” Sue Grafton has called MacDonald “a dominant influence” in the genre, while Dean Koontz crowned him “my favorite novelist of all time.”

My impression of him was that he was neither humble nor arrogant. He took pride in his writing, but he viewed much of it as not working out quite as he’d hoped. He told me once that he sometimes judged his books by percentages. This book did 70 percent of what he’d hoped; that one did 80 percent.

He was generally kind to other writers, notably Charles Williams, whom he mentioned in two different interviews. He seemed to feel, as do I, that Williams should have broken out. My feeling was that Williams was too dark for the middle-class readers who flocked to MacDonald’s later work—which is funny because his early Gold Medals and Dells were pretty damned grim.

I think I’m borrowing from Larry Block when I say that some reviewers, especially in Europe, thought MacDonald was tame by the lights of Jim Thompson and David Goodis. They didn’t grasp the spiritual violence of such novels as A Key to the Suite (about a sales convention) and Slam the Big Door (the hollowness of success). Most of us die little deaths except for the final big death. We lose jobs, mates, dignity. A Key to the Suite, for instance, charts the demise of several careers and at least two marriages in ways every bit as powerful and memorable as any shootout.

I enjoyed the Travis McGees but always felt that they were inferior to his non-series work. They made him rich and brought him fame, but I often sensed that he wished he was still writing books such as Dead Low Tide and The End of the Night. Those early Gold Medals and Dells were some of the best crime novels of his generation.

In addition, Random House will publish some of MacDonald’s long-out-of-print classics as ebook-only editions, starting in June 2013, and will continue the trade paperback and ebook releases of MacDonald’s most notable standalone novels, including the iconic Cape Fear, throughout the year and into 2014.

Here’s a list of some of my favorites, which just means that they’ve held up to rereading over many decades. 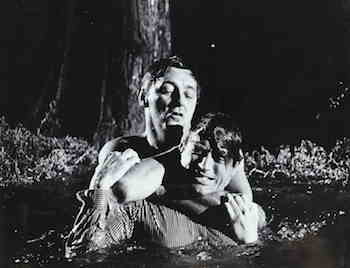 1. DEAD LOW TIDE
Here were see how JDM differed from most paperback hardboiled writers by taking the crime into the middle class. The falsely accused protagonist is a construction estimator—though he’s had a tough military background—trying to work his way up in his calling. In this early book JDM found his voice. The romantic, the social scold, the intelligent avenger. The killer is one of JDM’s finest and darkest creations.

2. SOFT TOUCH
Pure noir. Man married to a bimbo and employed by her father throws in with an old Army pal to pull off a caper that will make them rich. Many reviewers have complained that JDM’s romantic dialogue is sometimes so corny as to be painful. You won’t find any of that here. When the protagonist talks to his probably faithless wife the rancor is merciless. Soft Touch is a brutal ride with an ending Jim Thompson would have envied.

3. DEADLY WELCOME
While not as ambitious as some of his other books, Deadly Welcome is a violent and melancholy trip back in time. A State Department employee named Alex Doyle is ordered to go to a small town and convince a troubled scientist who can’t get over his wife’s murder to return to DC and his work on a secret project. The problem being that this is the town where Doyle grew up living in a shantytown. He returns reluctantly, with a grudge, looking for a killer and a way to purge himself of his rage. Not all JDM fans like this novel but I’ve read it three or four times and enjoyed it every trip out.

4. MURDER IN THE WIND
You could consider this JDM’s homage to The Bridge of San Luis Rey and/or Key Largo. Five disparate groups of people take shelter in an old house to wait out a hurricane. Page-turning excitement as they tear at each other and mother nature tears at them. In terms of range and aspiration, Murder in the Wind is his attempt to go big. The entire range of JDM’s skills can be found in this mesmerizing novel.

5. THE EXECUTIONERS
JDM didn’t like Cape Fear, the brilliant 1962 movie adaptation of this novel. Maybe because book and film differ in certain critical ways. Savage as the film is, the ending of the book is even more cold-blooded in this stunning tale of an attorney’s vengeance on a sociopath who has been stalking his family. Read the book, see the movie, as the flacks used to say.

6. SLAM THE BIG DOOR
Really more a fine mainstream novel than a thriller. A man, haunted by the death of his wife, decides to visit an old friend who seems to have everything. But in discovering what his friend’s life is really like, the protagonist must face himself in ways he’s always avoided. This book will hurt you. Few crime writers of his generation wrote so well about ordinary people and here we see JDM at the top of his game.

7. THE END OF THE NIGHT
A JDM like no other. In the late ’50s and early ’60s a number of American teenagers (separately and in small groups) went on “thrill kills.” The notorious Charles Starkweather was their patron saint. Here JDM writes about such a collection of young men. Stephen King admires this novel so much he compared it to Theodore Dreiser’s An American Tragedy (among others). It certainly has the same heft and genuine sense of tragedy. I can think of no equivalent in crime fiction. Grim and honest and honorable from start to finish. 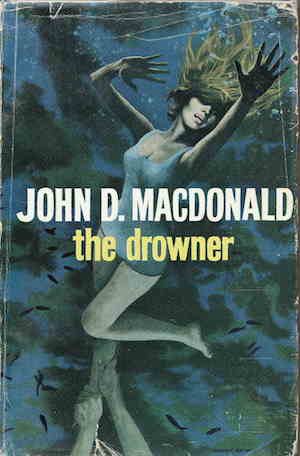 8. A KEY TO THE SUITE
The more things change the more they stay the same. Though JDM is writing about the state of corporate America in 1962, much of this novel—set at a weekend business convention—remains true today. JDM shows us a number of corporate men, some on the way up and some on the way down, who must survive the numerous tests the corporate bosses use as a process of elimination. Few other writers could take a set-up like this and make it so relentlessly readable, not to mention as pungent and fierce and wise. A powerhouse little book. Dated man-woman stuff (same as the McGee novels).

9. A FLASH OF GREEN
James Wing is a reporter who knows what Florida real estate developers are really up to. A widow named Kat Hubble lives next door to him; he loves her. After he tells her that the bay she and her friends wanted to keep unblemished will soon fall into the hands of the realtors, she fights back and so do the developers. The difference is that they will let nothing stop them. Even in the early JDMs you find traces of his environmentalism. This is where he takes on the theme directly. Those who would destroy nature are monsters, and in this long, rich novel he takes them apart before it was fashionable. Ed Harris and Blair Brown starred in an excellent American Playhouse TV movie version.

10. THE DROWNER
This was the last of JDM’s Gold Medal original standalone crime novels and, to me, it’s one of his finest, an ingeniously complicated story about a woman who just happened to be a strong swimmer inexplicably drowning. The authorities see it as an accident. Her sister disagrees. The protagonist is a private eye but JDM keeps eschews the PI clichés. What makes it real—what made so many of his books real—is the description of the business world of both private investigation and the jobs of the suspects. As one reviewer wrote, “He showed us how the world really works.” You want a knockout mystery, here you go.