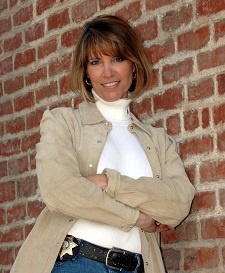 By OLINE H. COGDILL
Robin Burcell’s more than 30 years in law enforcement have given her 10 novels an authenticity that has won her fans and awards.

Burcell is now embarking on a new chapter in her career—of continuing established series.

She will be co-writing Clive Cussler’s Fargo series about husband and wife treasure hunters Sam and Remi Fargo. Currently, the action/adventure series has seven novels and Burcell is working on the eighth, still untitled installment that is expected to be out in September 2016.

But that’s not all.

Burcell also will be continuing the late Carolyn Weston’s series about homicide detectives Al Krug and Casey Kellog, who worked for the Santa Monica, California, police.

Weston’s novel Poor, Poor Ophelia was adapted into the 1972 pilot film for ABC’s The Streets of San Francisco, which starred Michael Douglas and Karl Malden.

While Weston’s work is no longer in print, Brash Books, an independent publisher, has come to the rescue.

Brash Books has acquired the rights to the Krug/Kellog novels from her heirs and has reissued Weston’s three novels in this series during the past year.

Brash also has signed Burcell to write new novels in the Krug and Kellog series. The first one, The Last Good Place, is due out in November and will find the detectives truly on those streets of San Francisco. 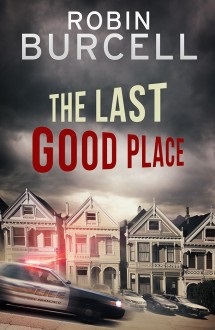 The experience of working on the Cussler and the Weston series was “two different processes,” she said.

“Working on the Weston novels, I knew I’d have to meld her original characters with modern-day policing, while trying to keep them true to how she envisioned them,” she told Mystery Scene in an email.

“I thought it would be easy to bring the stories to present day. All I needed to do was read her three books and voila! I’d have the gist. But not so. I found it to be much harder, because so much has changed in policing since then, and I can’t exactly ask anyone if I have any questions,” she said.

“Working with Clive Cussler is a much different experience,” she added.

“There are seven Fargo books that came before, so there’s a lot more history to draw from while writing the main characters of Sam and Remi Fargo. The trick—if you can call it that—is keeping my writing in line with the Cussler brand.

“I’ve got some big shoes to fill. Not only in the previous Fargo writers who came before me, but in working with Clive himself and making sure that I embrace his particular style of action and adventure. The beauty about working with him is that there’s instant feedback if I don’t get it right or have any questions. He’s just an email or phone call away.”

She has testified as an expert in the fields of forensic art, fingerprints, and child abuse. An FBI Academy-trained forensic artist, her drawings have been used to solve a number of crimes, including homicides, bank robberies, and hate crimes, and she was called upon by the various Valley law enforcement entities, including the FBI, for this skill.

Burcell says she also plans to continue her own series. Incidentally, Burcell is one of those extremely nice authors who always seems to have time to talk with her readers during mystery conferences.